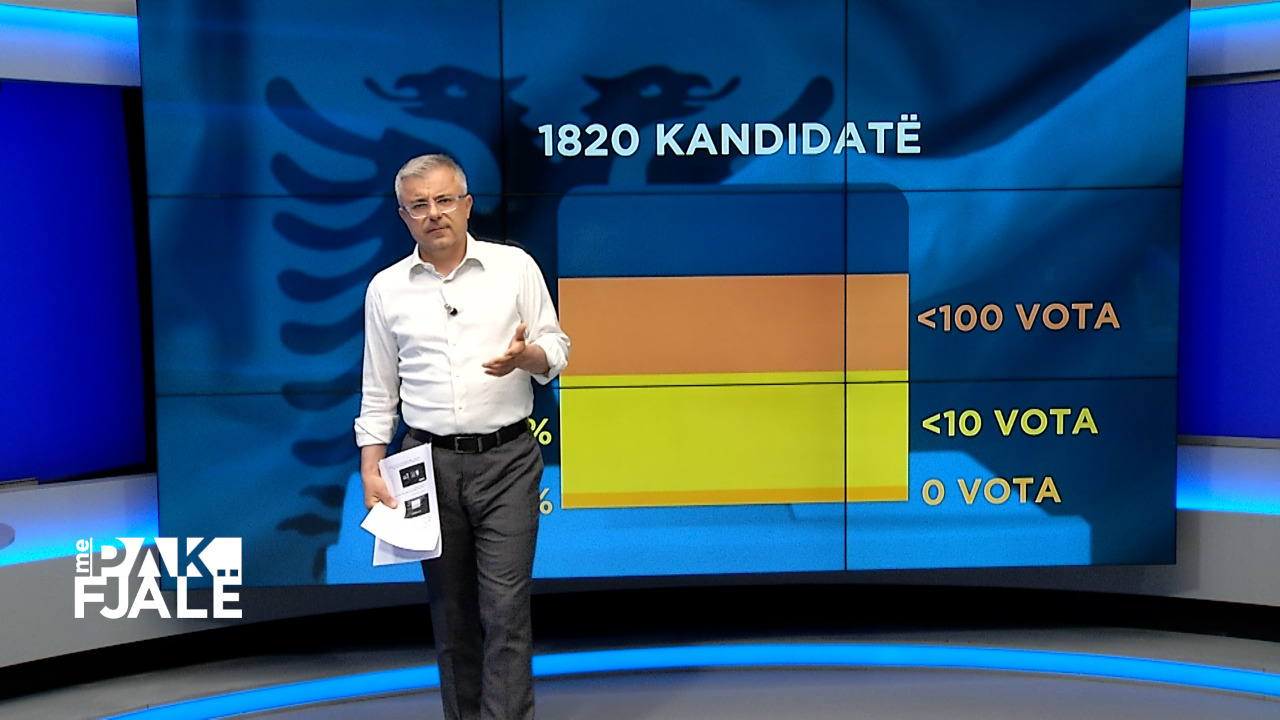 The new Electoral Code adopted in July 2020 has distorted the vote of Albanians.

The Euronews show “In a Few Words” explained some components that show this distortion and its consequences.

First, the electoral system has created an inequality between the percentage of votes received in elections and distribution of seats in parliament.

In these elections, only 4 parties managed to get seats:

The two major parties, the PS and PD, have won more seats in proportion to the percentage of votes they have won in elections.

While in the case of the LSI, it has received twice less seats compared to the percentage of votes it won in the election.

PD and PS need about 10 thousand and 500 votes for a MP mandate, while LSI needed about 27.000 votes for one mandate in these elections.

The difference between the LSI and the PSD is about 70.000 votes but in parliament the difference is only one seat.

Another political party, Nisma Thurje received over 10 thousand votes nationwide, but it didn’t even come close to winning a mandate in any of the 12 districts.

The distortion in the proportional vote stems from two elements:

The first relates to the regional proportional electoral system that divides that country into 12 districts, assigning each district a number of MP mandates according to the number of eligible voters. Hence , votes are not counted nationally, as one whole constituency, but locally in each of the 12 districts.

In this case, seats distributed to parties through the d’Hondt formula favor the big parties and penalize the small ones.

This is because small parties are also required to have supporters all over the country or very strong support in certain districts.

It also requires candidates to have close ties to their electoral district.

In the case of large parties, this is compensated by the party reputation but also by the vast human resources they have.

The second element that exacerbates the inequality in elections is the difficulty of running as independent candidates.

According to the new amendments to the Electoral Code, like all parties, an independent candidate in a certain district must also receive a minimum of 1 percent of the votes at national level. In the April 25 elections, this threshold was about 15 thousand votes, while the number of votes needed at district level was much lower.