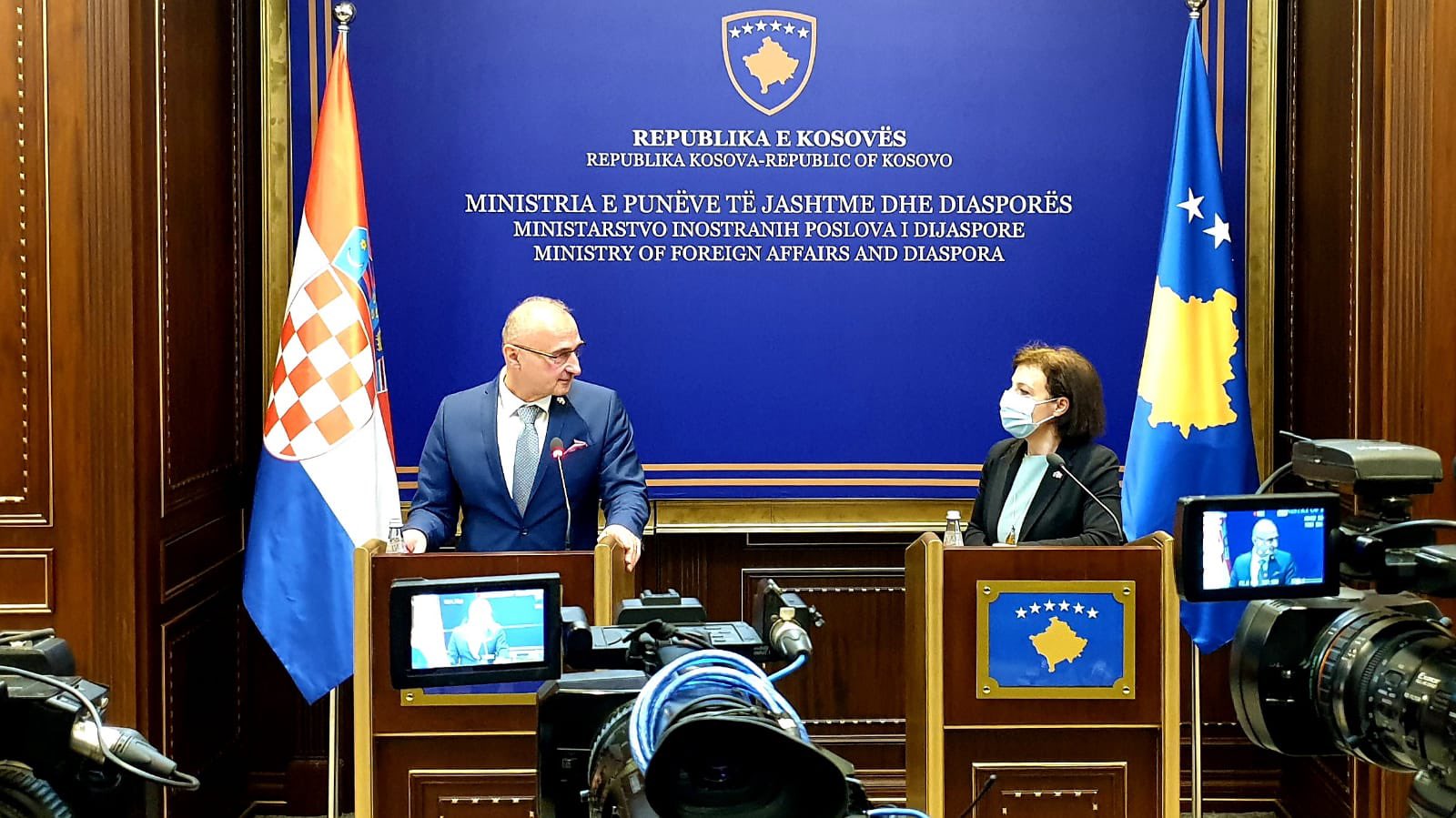 Croatia is against border changes in the Balkans, its top diplomat has stated during a visit in Kosovo on Thursday.

“We support the bilateral dialogue between Kosovo and Serbia and we hope that they will come to a solution. Croatia is against any border changes in the Western Europe,” Croatian Minister of Foreign Affairs Gordan Grlic Radman stated during a joint press conference with his Kosovo counterpart Donika Gervalla-Schwarz.

He assured the Kosovo government of Croatia’s full support on the process of visa liberalization.

Efforts should be focused onto getting recognition of Kosovo by the 5 non-recognizers in the EU: Cyprus, Greece, Romania, Slovakia and Spain, he said.

These non-papers were allegedly submitted to the European institutions but no one has admitted authorship on them, nor has any European leader admitted to have ever seen them.