13 Opposition Parties Brought in 10% of Votes to PD Coalition 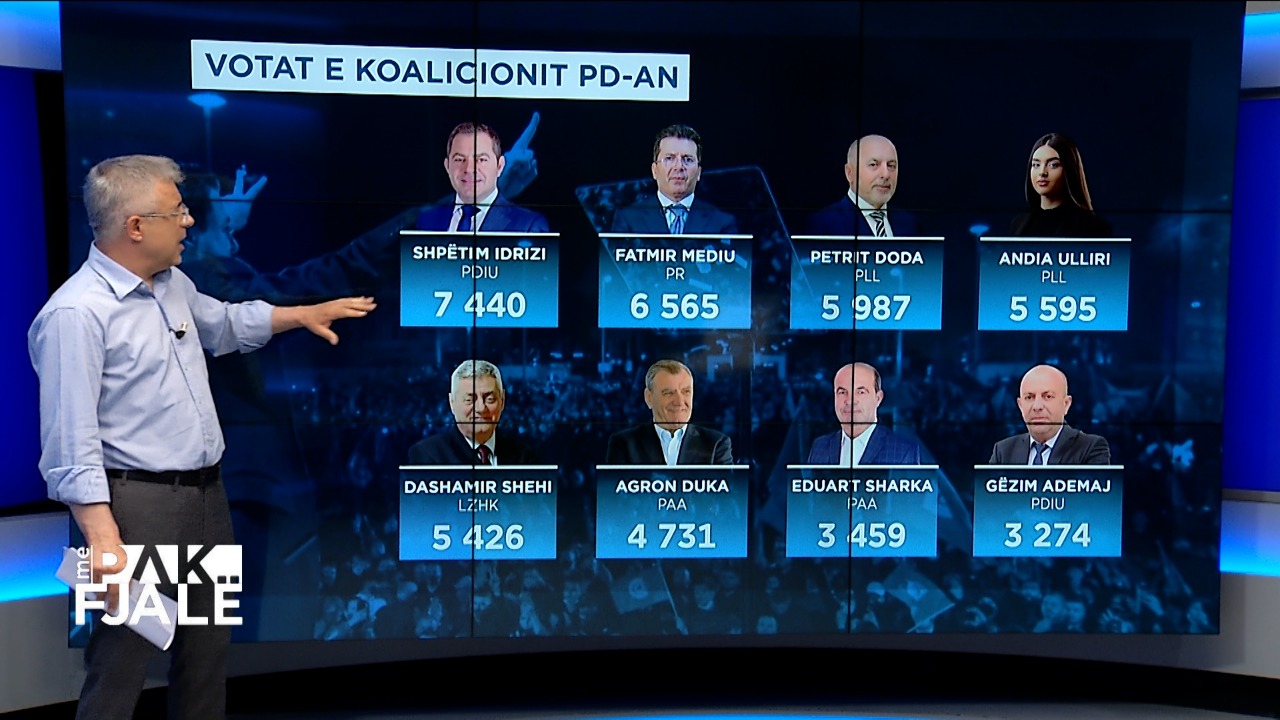 The 13 opposition parties in a pre-electoral coalition with the Democratic Party (PD) contributed 10 percent of the votes in the April 25 elections in Albania. Their candidates received 7 of the 59 seats won by the PD coalition.

The main opposition party entered a pre-electoral coalition with 13 smaller parties, called The Alliance for Change (AN). Candidates from these parties were included in the same list with PD candidates under the coalition logo “PD-AN”.

Voters were able to vote in separate sections of the ballot paper for their preferred party/coalition and candidate.

Out of 153 candidates on the PD-AN coalition list, 24 candidates were from allied parties and 129 PD candidates.

The candidates of the allied parties received 62,589 votes, or 10 percent of the total 622,265 votes received by the coalition.

Compared to the 2009 and 2013 elections, the PD allies received fewer votes. In 2009, they received 102 thousand, and in 2013, 152 thousand votes. Their votes in the 2017 elections cannot be determined because they ran on the same list with the PD, with no preferential vote option for candidates.

Shpetim Idrizi, the head of PDIU was the most voted candidate among PD allies, then Fatmir Mediu of PR, and Petrit Doda of PLL.