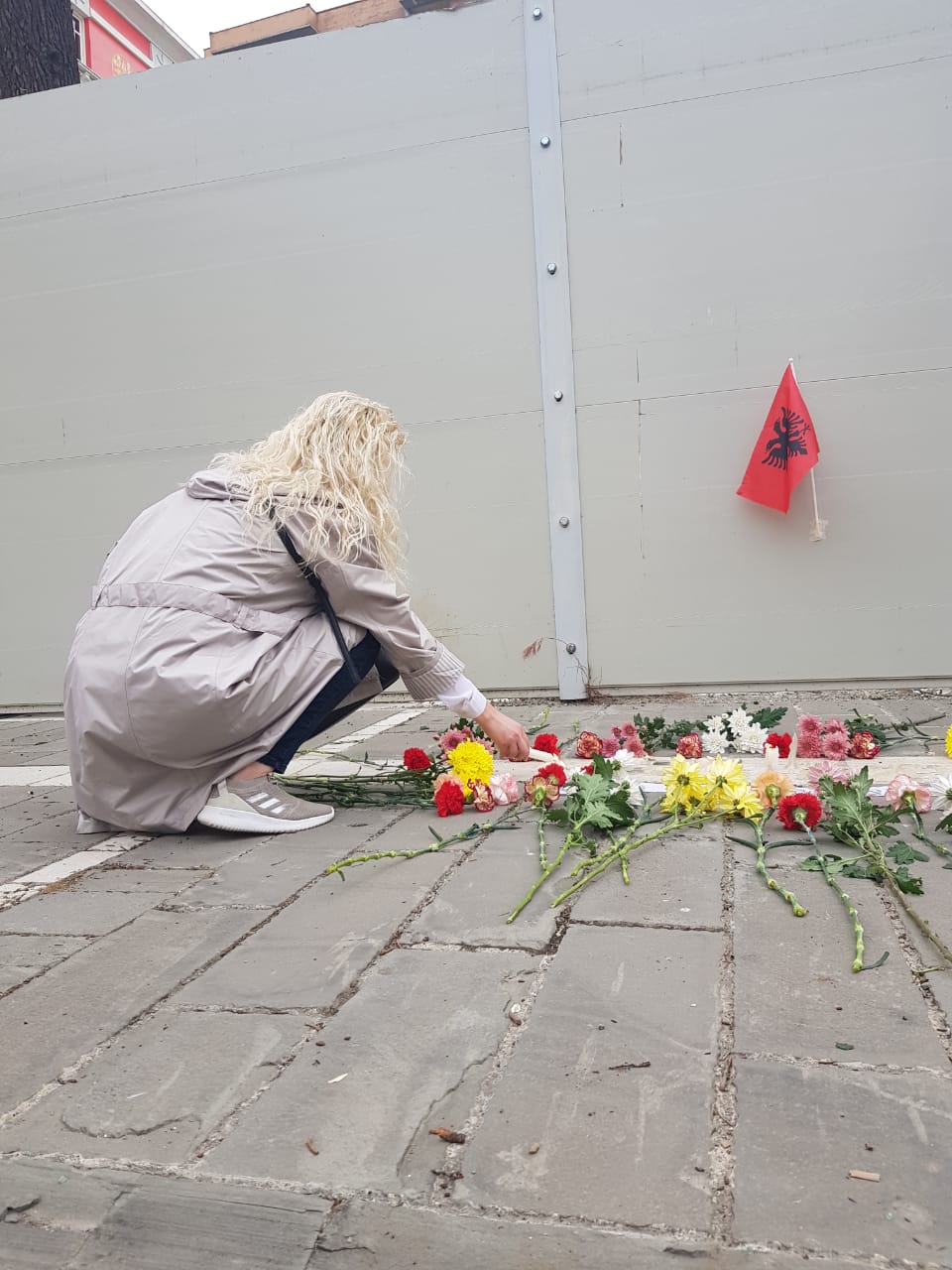 One year after the National Theatre was demolished, and protests have been taking place throughout the day in Tirana.

At around 5 am this morning, the same time that authorities started the demolition process one year ago, citizens gathered on the spot where it once stood. They laid single flowers and lit candles.

Police arrived on the scene around 8 am and photographed the protestors before leaving again.

Throughout the morning, more activists gathered, and a press conference was given at around 11 am.

They accused the government of facilitating “corruption and mafia projects”, adding that all decisions were taken without consulting citizens. Additionally, they noted the violence used against protestors which they said shows that dictatorship is no longer something of Albania’s past, “but is firmly established in Albania.”

In addition to the Theatre, activists spoke of the demolition of the Qemal Stafa Stadium, the Queen Geraldine Stadium, damages to the Tirana Mosaic, suffered due to construction and the daily disappearance of the city’s historic villas.

They also declared 17 May as the Day of Remembrance of Crimes Against Culture, in memorial of the country’s longest and most stable civic resistance. 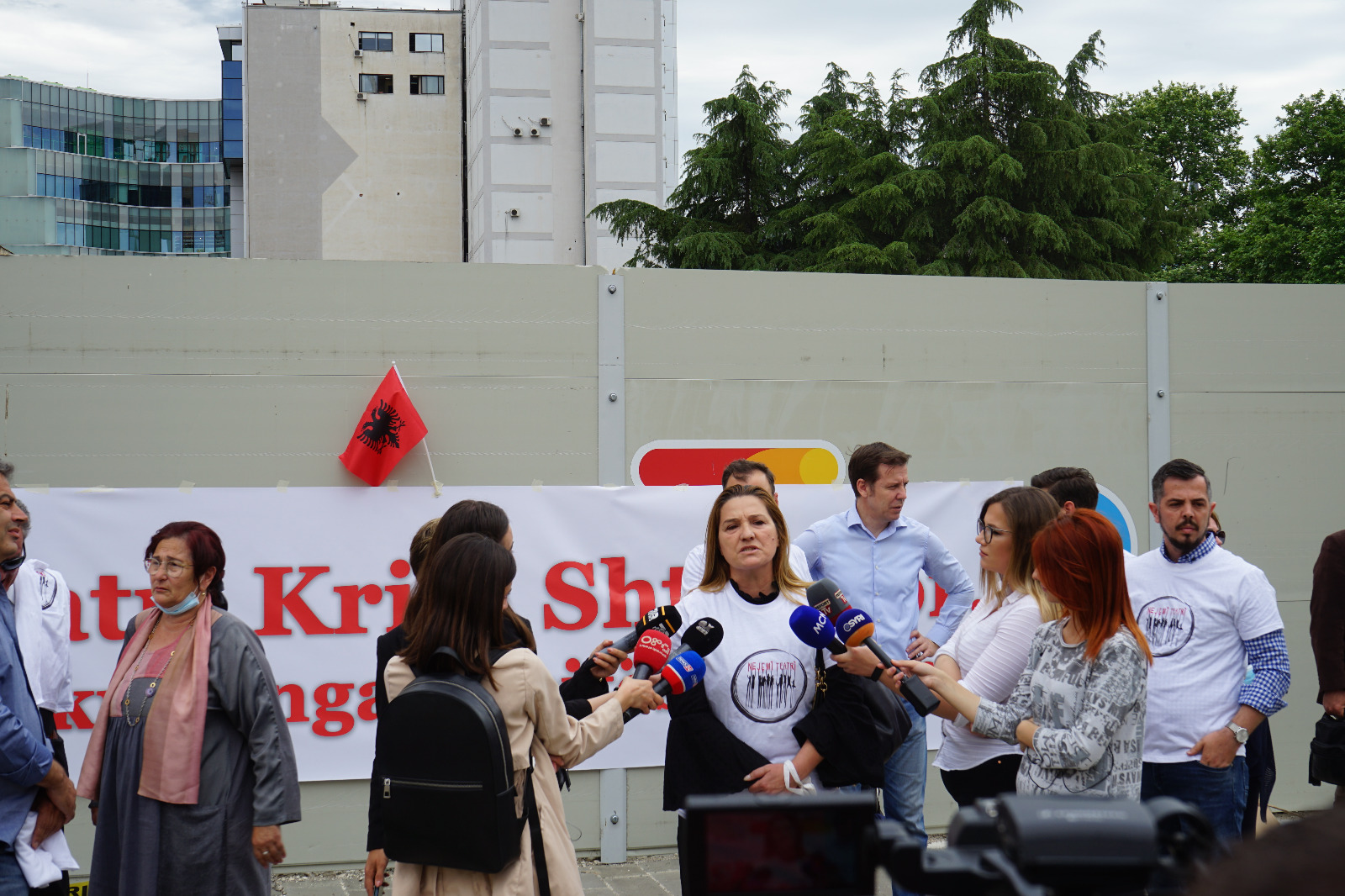 They also called on foreign embassies to not just focus on stability in the country.

“We Albanians deserve more… the resistance and defense of the National Theatre clearly showed what we want and that we know how to fight for our country.”

Then at 6 pm, a group of protestors gathered on the pedestrianized avenue near the National Theatre site. A heavy police presence prevented anyone from getting close to the memorial and after two hours they dispersed. Some held signs saying “Justice for the theatre”, “No to the third mandate of Rama”, “Veliaj before the court”, “Stop Tirana’s tower mafia”, and “stop destroying the Albanian capital”.