Today in Rrëshen, Lezhë County, activists, women, and members of the public marched and demonstrated following the rape of a minor by four men and one 17 year-old boy.

The 15-year-old child was drugged and blackmailed by a 32-year-old man who threatened to share intimate footage of her if she didn’t allow other adult men to rape her. She reported that the rapes took place multiple times between January and April 2021. 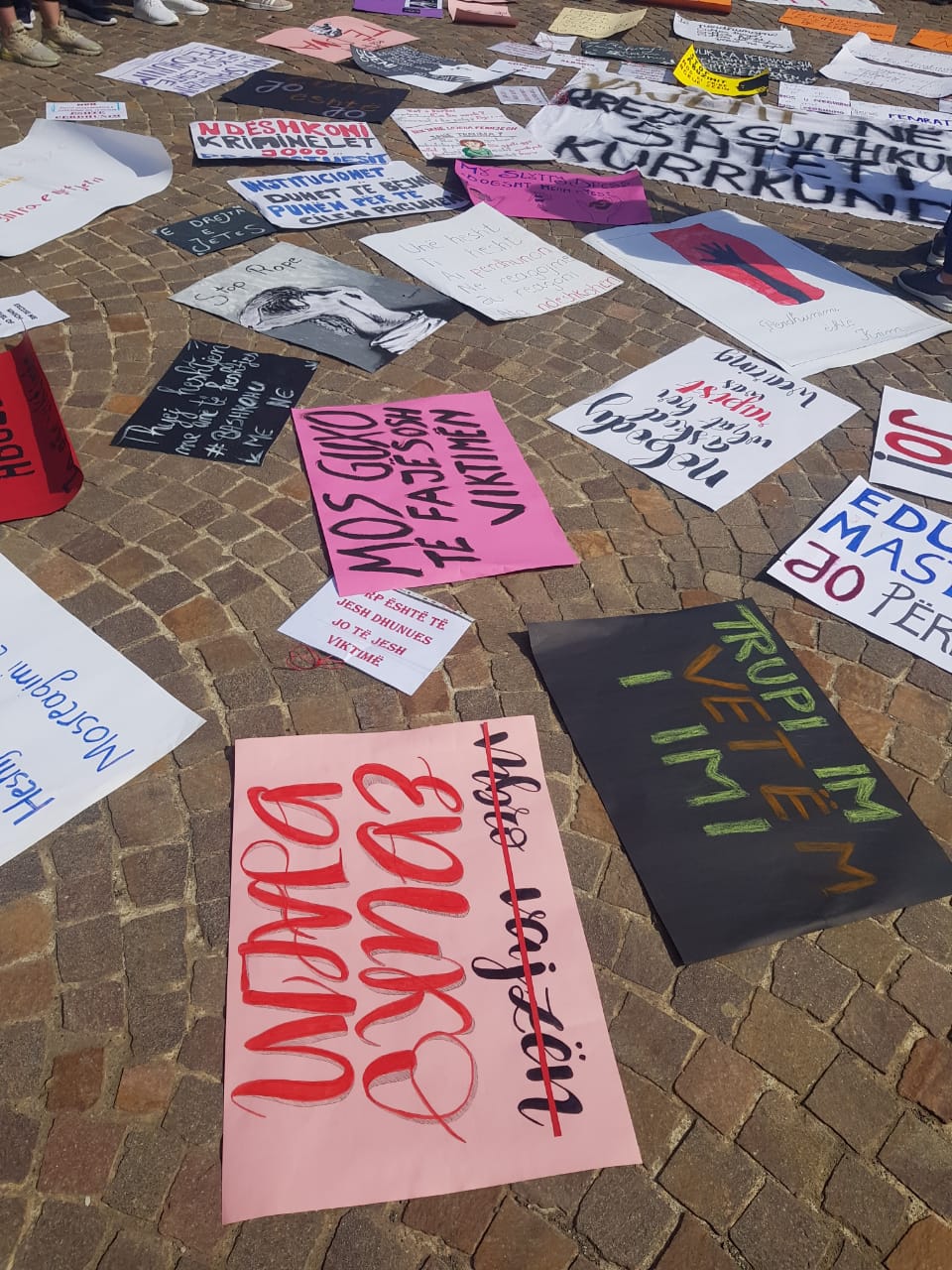 The protestors marched through the streets and gave speeches to address what brought them together.

“This is not an isolated case, but they are examples of the system that incites violence….when the schools lack sex education, when there is unequal treatment of boys and girls, and when the media treats pedophilia and rape as ‘unwanted sex’ instead of labeling it as it deserves to be labeled: rape!” they said.

The purpose of the protest was also to demonstrate solidarity and to show women and girls, including the survivor that “they are not alone, they are strong and courageous and that together we can change each other’s lives and society as a whole.”

They called on women to be compassionate with themselves, and not see rape or abuse as something that determines forever who they are; that they are stronger and much more than their trauma.

In addition to speeches and banners, the protestors made a series of concrete demands. They are:

They reiterated that life under fear and violence is no life at all and that women deserve to live with dignity, love, and solidarity.

“Together we dare and we will succeed in making this society better, fairer, and safer for all.” 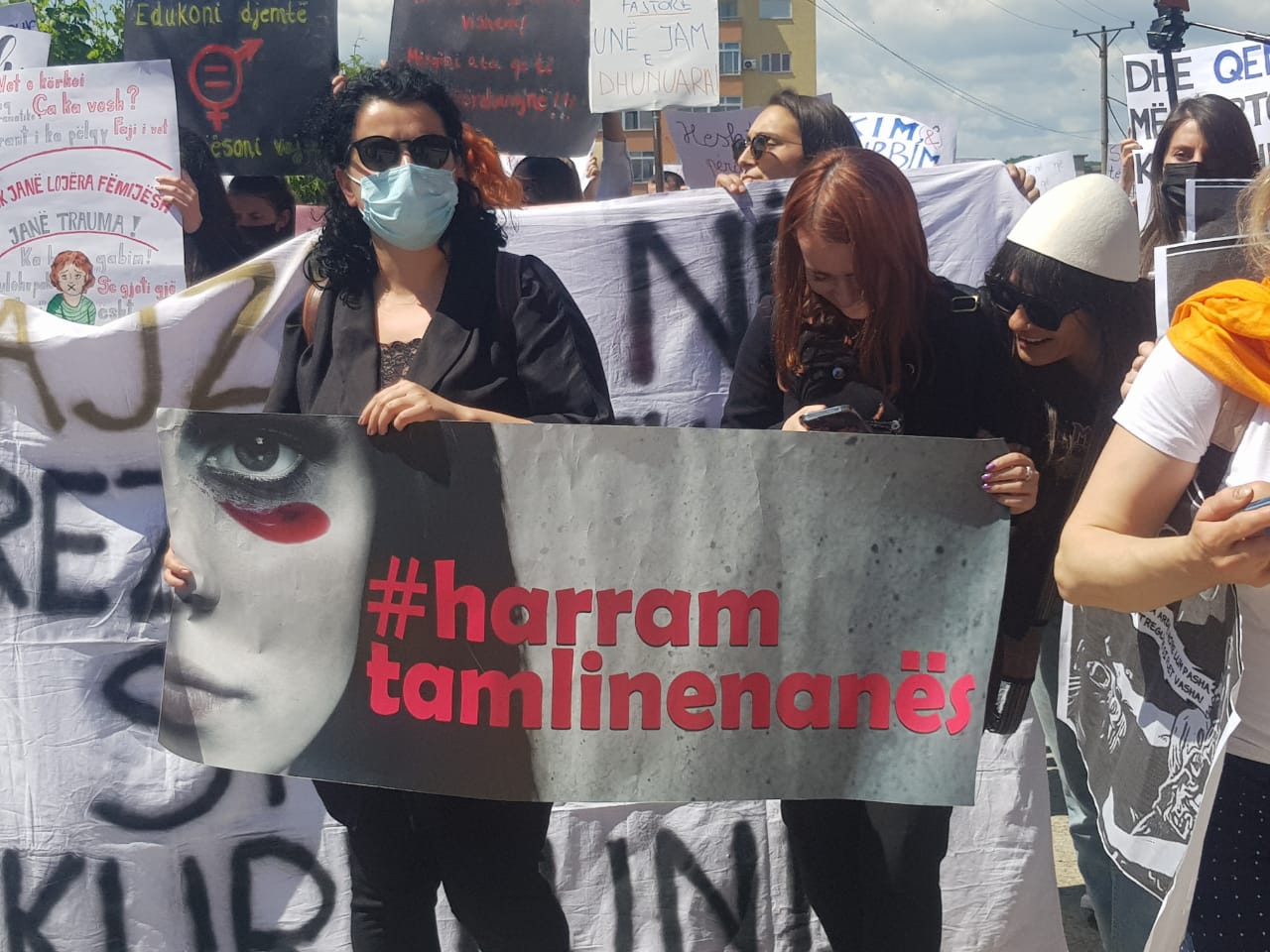 The protest was organized by the Feminist Collective, who also organized last week’s protest against femicide in Elbasan.

This is the sixth case in two years whereby a group of men blackmailed and raped a child or young woman. There have also been five femicides since January.

Local feminist groups blame the state for the stream of violent incidents that are threatening the safety of local women.

EU Ambassador to Albania Luigi Soreca condemned the case. He shared a comment from the EU Delegation on Twitter which reads:

“There is no justification for rape or any form of sexual abuse. No means NO! ”