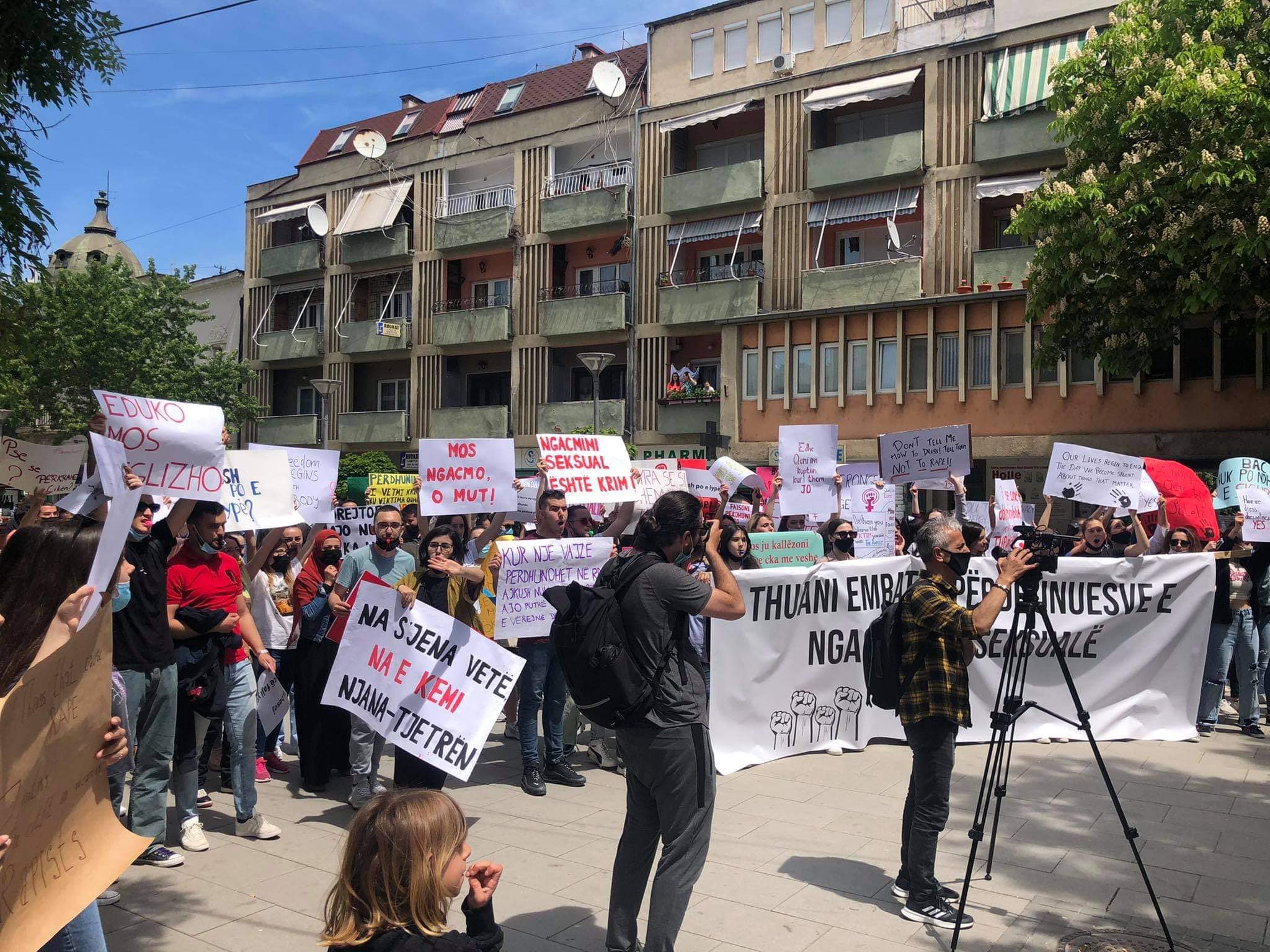 Kosovo activists and citizens protested on Saturday in Mitrovica following the rape of a minor by two men on May 18.

The minor was led to an abandoned building in the village of Mazhiq, near Mitrovica where she was raped during the night. Two suspects have been arrested.

Protesters called for authorities to publish the identities of those charged with rape and sexual assault, as police records show that many cases have been reported.

The daily report Kosovo Police sent to media on Saturday states that another minor has been sexually assaulted by an unknown suspect. Police said the case is being investigated.

“The sexual violence that the minor girl experienced in Mazhiq of Mitrovica, is not the only case our society is facing,” Deliu wrote in a Facebook post.

This is the third protest organized during this week in Kosovo. Previously, protestors rallied following reports that three teenagers had sexually assaulted a six-year-old girl in Prishtina.

Citizens called for sexual education to be included in school curricula and for institutions to take responsibility against sexual violence.

Ana Frangu, an elementary school teacher in the town of Ferizaj told Exit News that such abuses have irreparable consequences for children.

“Children [who have been abused] will suffer the consequences, such as feeling undervalued, no longer feeling safe, losing confidence in their own strength to defend themselves, social prejudice and many similar feelings, for a long time and these consequences can hamper [the child]’s normal growth,” Frangu said.

She insists that sexual education should be part of the curriculum, in order for students to learn about the harm these actions can cause.

“Apparently, we are still a society where patriarchy rules, a closed society, even in relation to our children with whom we do not communicate enough about their sexual growth and development,” Frangu stated.

She added that the sexual abuse must be addressed so as not to become a phenomenon that will degrade schools and society.