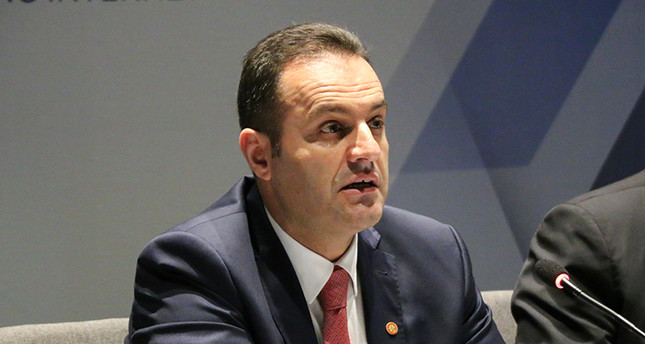 Adriatik Llalla, Albania’s former General Prosecutor sentenced to prison for false declaration of assets, has stated that the court’s decision against him was taken under the influence of people outside the court.

“The justice system is moving towards a different model of development, in which many cases are decided outside the court in order to fulfill certain people’s whims, desires and rancor,” Llalla stated in an interview with Syri TV on Monday.

In May, the Special Court of First Instance against Corruption sentenced Llalla to 2 years in prison and banned him from exercising public office for a period of 5 years. It also confiscated two of his apartments, and 22,000 square meters of land. Llalla has appealed the verdict.

Last night, the former top prosecutor claimed that the decision against him had already been taken “outside the court, a long time ago, before the investigations against him even started.”

He stressed that the charges of corruption against him were dropped, and that his sentencing to prison for asset hiding is the first of its kind in Albania’s history. While the law foresees fines and up to 3 years in prison for this type of charges, in the past, officials in Albania have either received fines or been sentenced to community service.

Lalla said he was sentenced following his asset declaration, for allegedly buying, over the years, properties at prices that were lower than the market price: i.e., an apartment, 22,000 square meters of land, and an apartment that he built himself.  He claimed that for all purchases, he had concluded legitimate contracts with the previous owners, and that only the price of one apartment was indeed lower than its market value because the construction company was in dire need of money and sold the property to him at a low price in 2012, when he was not General Prosecutor yet. He added that many officials and politicians – including ministers and foreign ministers – have bought plots of land next to his at half the price he paid, but no investigations have ever been launched against them.

In the event that the Court of Appeal issues a final verdict against him, Llalla said that such a verdict would amount to a precedent that would compel prosecutors to raise charges against all his neighboring politicians, as well as against Tirana Mayor Erion Veliaj and Prime Minister Edi Rama, who have declared purchasing their home at prices lower than the market price.

He claimed the decision against him was taken before the case came to the court, as could be attested by the fact that his trial was conducted very swiftly – in less than a month, from April 16 to May 20. Llalla claimed the judge had refused all requests by the defense that more evidence be gathered, that a new assessment of his assets be conducted and witnesses be called in.

Llalla said the public was prohibited from attending his trial due to the coronavirus pandemic, apart from two foreigners from the US Embassy in Tirana, whom the judge visually consulted before each decision. The public was allowed only on the day of the verdict, when dozens of journalists filled the court in complete disregard of the pandemic restrictions in force at the time.

He accused former Socialist Party MP, Alfred Peza, now a journalist, of attacking him through his media portal with false information. Llalla also condemned the prosecution and the court for dismissing investigations and charges of asset hiding brought against Peza, after Llalla’s term ended in late 2017.

The former prosecutor was the first official worldwide to be banned by the US Secretary of State from entering the US due to allegations of corruption. Llalla claimed that in their reply to the Albanian Special Prosecution against Corruption over any evidence of corruption they had against him, the State Department has replied that their ban was based on “public opinion” in Albania. Llalla claimed accusations of corruption against him were raised by former MP Alfred Peza’s media portal.

He spoke of disagreements he had with the former US Ambassador, whom he accused of attempting to impose his views on Albanian institutions. He repeated allegations that the then-ambassador had demanded that he stop investigations against Banker Petroleum, an American oil company operating in Albania, after explosions in their oil wells in Fier damaged the property of inhabitants in the area.

In addition, Llalla alleged that former Secretary of State Rex Tillerson is a stakeholder with Bankers Petroleum and that the ban against the former prosecutor may be related to his interests.

Lalla confirmed earlier statements made in 2018 by former President Bujar Nishani that the former EU Ambassador to Albania had asked the top prosecutor to arrest former President Sali Berisha in order for Albania to advance in their path toward EU integration.

He also stated that the former US Ambassador had also asked him to arrest the then Speaker of Parliament, Ilir Meta.

At the time, both ambassadors denied the allegations. Meta said he believed the ambassador’s denial.