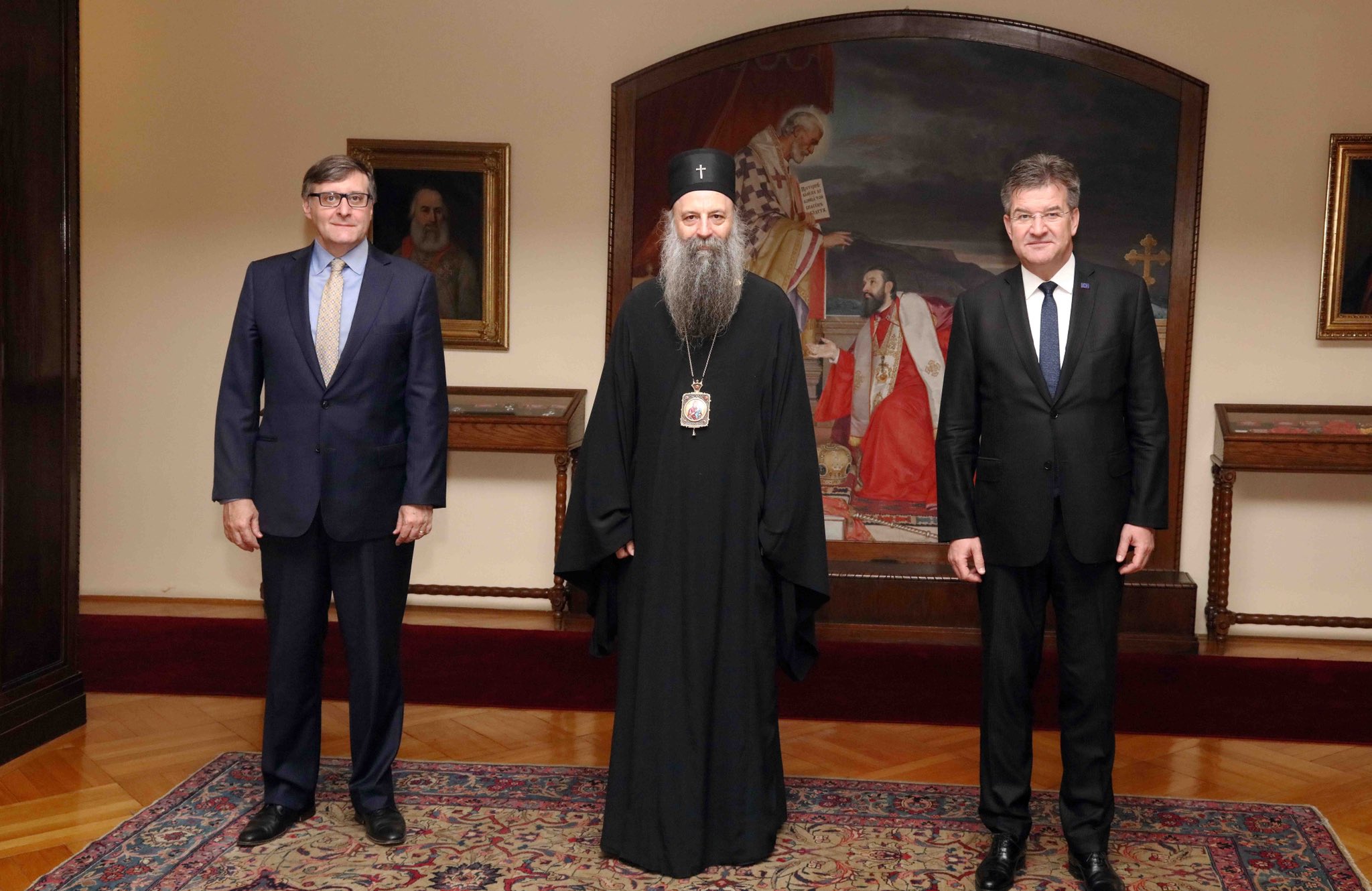 The EU Special Representative for the Belgrade-Prishtina Dialogue, Miroslav Lajčák and the US Deputy Assistant Secretary of State, Matthew A. Palmer received criticism for meeting with Patriarch Porfirije of the Serbian Church during their visit t Kosovo and Serbia last week.

After the meeting, Lajčák wrote in a Twitter post on Friday that they “exchanged views about the [Kosovo-Serbia EU facilitated] Dialogue and the region.”

“This was really a terrible decision by all involved,” said Jasmin Mujanović, a political scientist and the co-host of the Southeast European affairs podcast ‘Sarajevo Calling.’

In a Twitter post, Mujanovic wrote that the decision to meet with Patriarch Porfirije  showed “extraordinarily bad judgment” by both Lajčák and Palmer.

“Neither the EU not the U.S. should be in the business of promoting religious institutions as political actors,” he stated.

A senior policy analyst at the Pristina-based NGO ‘Democracy Plus,’ Albana Rexha called the meeting “ridiculous.”

“State and religion should not be mixed,” she wrote in a Twitter post reacting to the event.

Porfirije was elected as Patriarch of the Serbian Church in February, following the death of his predecessor, Irinej in November 2020. Irinej died at age 90, after complications related to COVID-19.

Irinej had insisted that the Serbian Orthodox Church would oppose any deal reached between the Belgrade government and authorities in Kosovo if it confirmed Kosovo remaining outside Serbian territory.

In 2014, Irinej stated that Kosovo is to Serbia what Jerusalem is to the Jewish people, and without Kosovo, Serbia is like a body without a head or a heart.

Balkan Insight reported that the newly elected Patriarch Porfirije is considered close to President Aleksandar Vucic and his regime.

Last week, Lajčák and Palmer held meetings with officials in Kosovo and Serbia, ahead of the mid-June meeting planned between the Kosovo Prime Minister, Albin Kurti and Serbia’s President, Aleksandar Vucic.