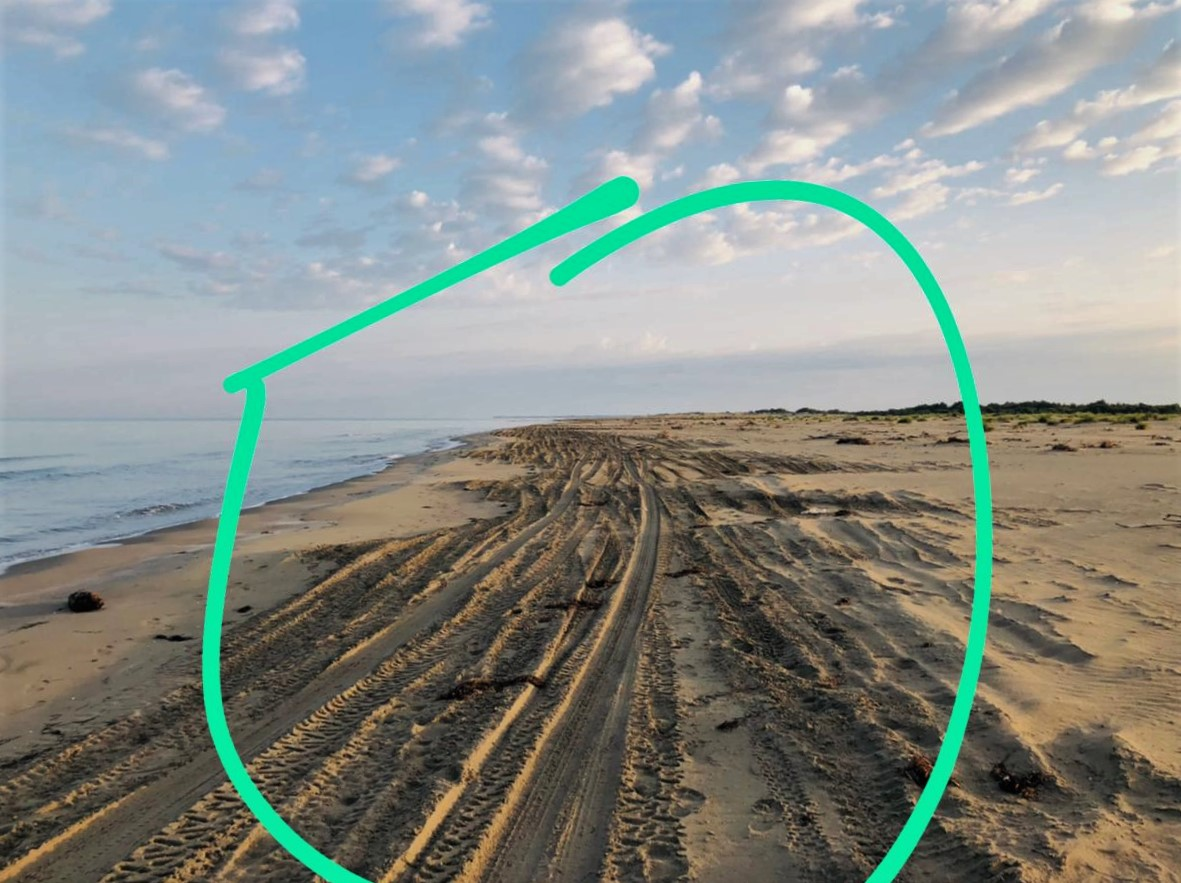 Rally Albania 2021, a marathon race of high-speed cars competing across challenging terrains, is proceeding smoothly according to organizers and broader media coverage. The event started off on June 5th, known also as World Environment Day, in the Lagoon of Narta, committing at the same time an environmental crime.

The Lagoon is of national importance: it is part of the so-called Emerald Network and located in the Vjosa-Narta Protected Landscape, an integral element of the network of protected areas across Albania, where extreme sports are prohibited by virtue of this designation.

The authorities responsible for the protection of Albania’s wild territories revealed that they had received no previous notice about the event, but confirmed that the drivers did race inside protected areas.

According to the Rally 2021 organizers, the last phase of the race will take place in the mountain chains that surround Tirana, on June 12. Mali me Gropa-Bizë-Martanesh, a section of this chain, is also a protected area where extreme sports, again, are prohibited.

There is no detailed itinerary of where the cars will race through. The General Director of the National Agency for Protected Areas Zamir Dedej said that his agency has received no information or notice about the race.

The event in question is not an isolated case. A few days ago, a group of motocross drivers from Suhareka, Kosovo, raced across Mali i Qorres and later, across Mali i Çika, both located in the Llogara mountain pass. Llogara is a National Park. The next day, the Prefect of Vlora, in a public ceremony, draped the participants in the national flag for this achievement(!). According to experts on the ground, the damages caused by the races, especially towards endemic plant species, were considerable.

Thanks to an “ironic” coincidence, Rally Albania 2021 began on World Environment Day, a day that environmental interest groups tend to use to their advantage in order to garner public attention and raise awareness on the environment.

Officers of the Local Administration for Protected Areas of the Vlora district admitted that this is a particularly delicate period, as sea turtles (Carreta Carreta), an early reptile of the Mediterranean basin that already faces increased danger from fishermen’s nets, begin to lay their eggs on the beach. They do so precisely on the spot where the extreme motocross drivers held their race. The famous sand dunes, that are just as important to the protection of the coastline near the Lagoon of Narta, are also endangered by this event.

The absence of any information and the hiding of a detailed racing itinerary makes it impossible to calculate and get a sense of the extent of the damage that the environment faces.

Rally Albania has been held regularly for several years now, and we still don’t have receipts for all the damage that these luxurious tourists have caused to the environment. According to ecologists, motocross destroys fragile ecosystems, both mountain and sand, damaging wild and endemic species.

Until now there has been no public reaction from environmental organizations or activists against the Rally organizers, whereas across national media, the event is being publicized as something that is meant to bolster Albanian tourism, with no consideration as to how it is impacting the environment.

The egotism and narcissism, combined with videos of these extreme races, have engendered another race on social media—a race that damages not only the environment, but also our broader tourist image, one that risks depicting us as a naïve indigenous people who are easily impressed by foreign adventurers travelling in expensive cars.