War Memories of a Female KLA Fighter: ‘Fighting for Freedom Was My Greatest Luck’ 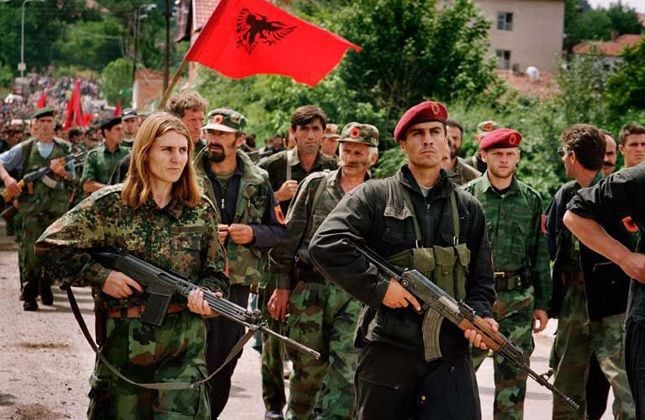 Mirvete Hasani was born in a village near the town of Vushtrri, in northern Kosovo. But she was a student in Prishtina, when Serbian forces slaughtered the family of Kosovo Liberation Army (KLA) commander Adem Jashari between March 5 and 7, 1998.

That massacre, that saw 58 members of the Jashari family killed, 28 of which were women and children, was the moment when she decided to join the fight for the liberation of her country.

Knowing that there was fighting taking place in Drenica, Mirvete managed to get to the operative zone making use of the  connections of a friend of hers, Arife Bajrami.

“I had this great determination. I did not sleep for a month before joining the KLA. I thought a lot about how I would cope with the war, I was afraid I would run away if I saw something I could not cope with fully, but fortunately I was there until the day of liberation,” Hasani shares her memories with Exit News.

She first went to the village of Likovc, where she found 18 other women who had just finished their military training. She joined the group and three days later she was given a weapon.

She recalls her first moments alongside National heroes Xheve Lladrovci and Fehmi Lladrovci, a married couple who were killed while fighting in September 1998.

“Fehmi asked me, ‘Hey you, good girl, do you know how to use a weapon?’ I actually didn’t, but I said yes because I was afraid he would send me back home,” she said.

Mirvete Hasani was 26 years old when she joined the Kosovo Liberation Army, and her first time in the battlefield came very soon after, when she fought in the village of Klecka, then later in Prekaz and all the offensives that took place there.

“I used most [types] of weapons, I also had a good sniper and a rifle,” she recalls.

Hasani beams with pride when talking about the women who fought in the KLA uniform.

“I am very proud of our gender, mine and our mothers’s. I don’t know of a single case where a woman dropped her weapon or deserted, but I know of men who did, and I understand [these men] because it had been a very difficult journey,” she says, empathetic.

“Women, on the other hand, there were women who cried if they were not sent to fight in the frontline,” she stresses.

She recalls that the most dramatic moment that she experienced during the war, happened when Xheve and Fehmi Lladrovci, Fatime Hetimi, and another soldier were killed.

“That day we were in Prekaz while they were on the other side, in the village of Gllanaselle. When we were told they were killed, I could not accept it, I insisted they are alive,” Hasani remembers.

Three days after, she picked up the courage to ask a commander, Sami Lushtaku—who today is her husband and the father of her children—if it was true that they had been really killed. 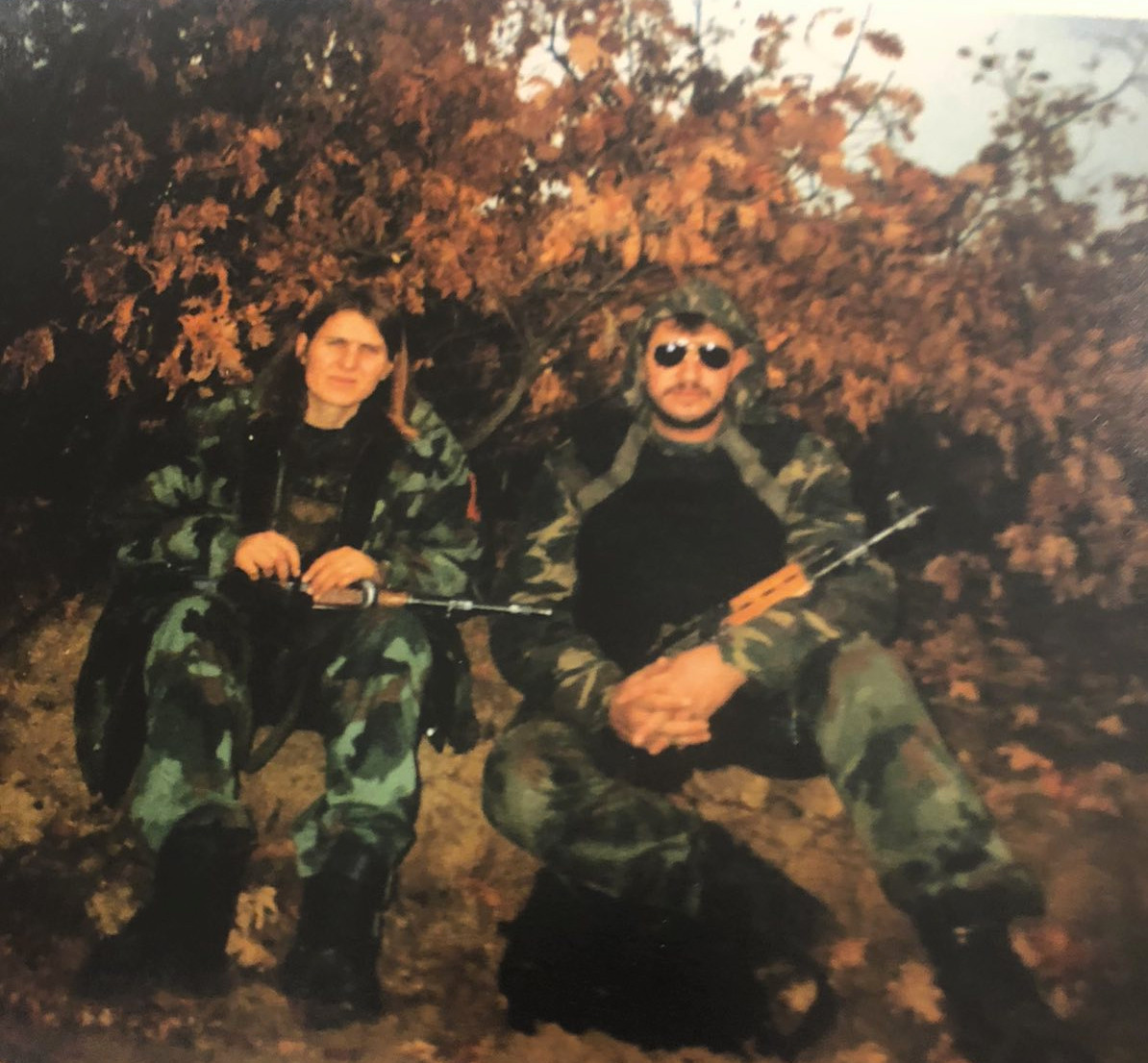 “He said yes and told me they had pulled out the corpses already. He said that Fatime’s face seemed to be smiling. So she died with a smile on her face while fighting. She was only 18 years old,” Hasani mentions.

She adds that the moment she realized these fighters had died, she could not help herself but howl at the top of her lungs.

“I heard my voice [resonate] in the sky, but right away I told myself that we had to keep going because we were halfway there, and we had to reach their goal and ours,” she declaimed, in reference to the force’s goal to liberate Kosovo.

Even today, she has a hard time talking about what remains her most difficult memory of the war, when her friend Ilir Lushtaku was killed.

Mirvete Hasani was injured when she happened to be visiting her family in the village of Shtitarice, away from the war zone where she had been assigned to fight.

“On my way to my village, I hoped there would be fighting, so I could be part of it, in my village,” she said.

She spent her first night at home resting, but the very next morning, a large number of Serbian forces approached the village. She heard the news from her father.

“I had a very good sniper, I told my dad that if I can’t break out of the village, take the children away because I will move into a two-floors house nearby and will keep fighting as long as I have munitions,” she recalls.

Following her father’s advice to not risk the lives of those children, she made it out and joined a group of KLA soldiers nearby. Mirvete remembers that because the KLA fought them back, the Serbian forces retreated.

“I arrived at the KLA’s trenches where I also saw my brother who had left earlier. We fought in that spot for three hours, from 9 to 12 in the morning,” she describes.

Around midday, Mirvete, the commander, and another soldier were injured. They could only receive treatment after being carried for a long stretch of road by two KLA doctors Adem Ademi and Bajram Rexhepi, the latter of whom would go on to become Prime Minister of Kosovo.

“But the next day, there was fighting nearby and together with Drita Simnica, we joined a group of soldiers. If I couldn’t hear any shooting, I would get very worried that the KLA soldiers had stopped fighting before they had liberated the country.” 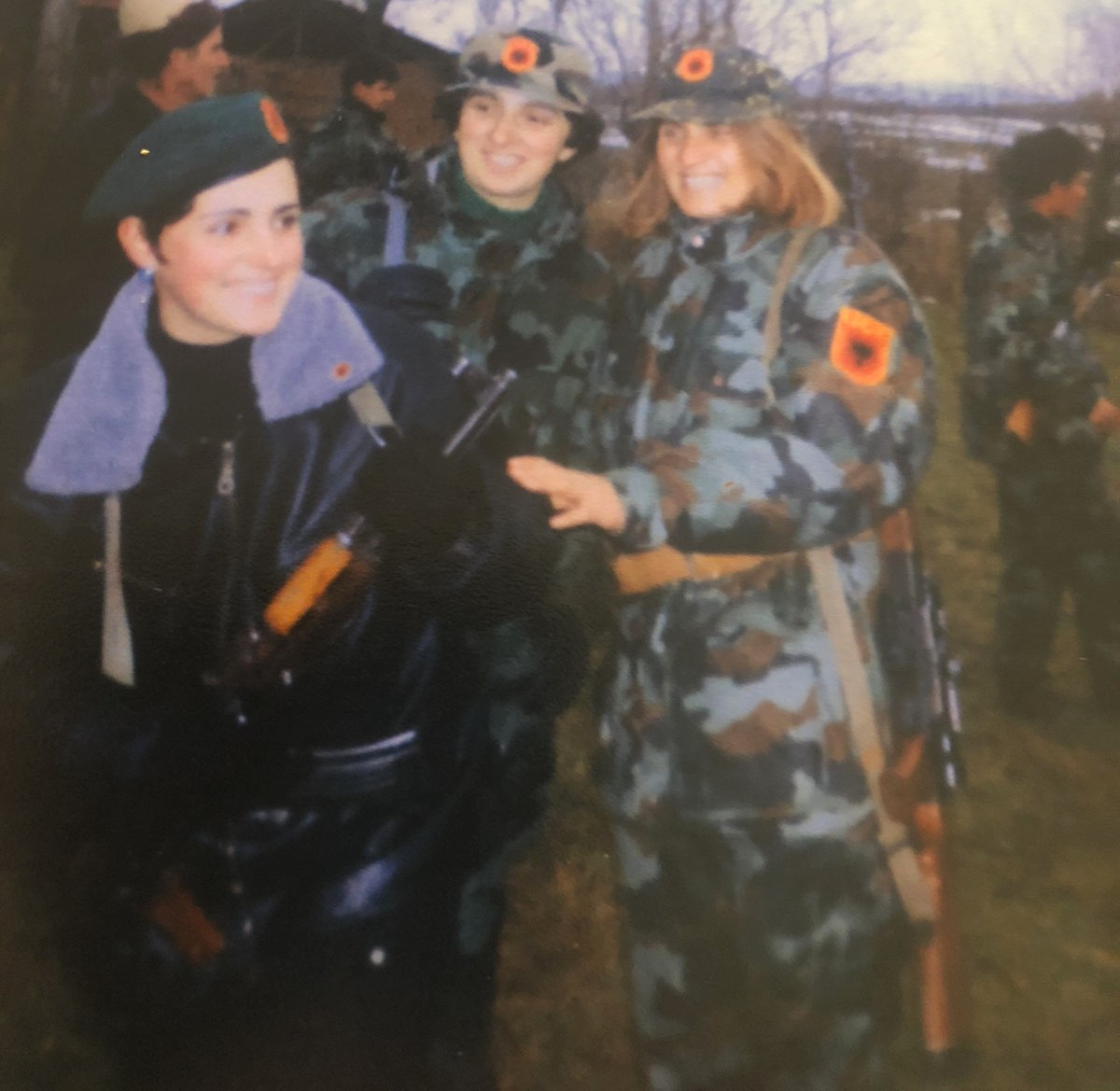 As the KLA kept fighting on the ground, NATO forces bombed Serbian military bases during a large scale air campaign that lasted for 78 days.

On June 10, the Yugoslav President, Slobodan Milosevic agreed to withdraw his forces from Kosovo, and two days later the NATO peacekeeping force, KFOR, entered the country.

Mirvete, however, remembers June 12 as a very sad day for her and her co-fighters.

“As we were walking towards the town of Skenderaj, we were all sad because we knew how much the friends we had lost had loved the [idea] of freedom,” she notes.

“I thought to myself, how is it possible that I have made it and my friends have been killed. Maybe they wanted this freedom more than those of us who survived,” Mirvete contemplates sorrowfully.

She remembers they were all very tired and emaciated.

“I can’t imagine how we were even able to walk. When I look at that uniform today, it is so small. I remember that every week I had to open a new hole in my belt as I kept losing weight,” she said.

The pain for the friends she had lost was greater than the joy of going back to her family, after liberating the country. However, the fight for her country’s freedom will always remain a story she is proud to share.

“I was very lucky to have lived in this time when I could participate in the war to liberate my country. I don’t think I will ever be this lucky again,” she ends her tale.