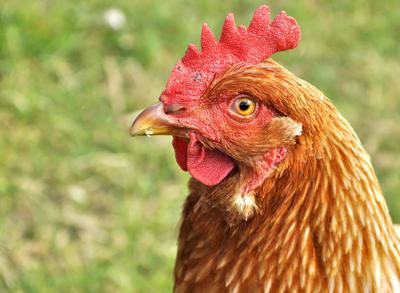 During the first week of June, the Albanian Ministry of Agriculture and Rural Development confirmed three separate outbreaks of bird flu.

Samples processed by the Institute for Food Security and Veterinary confirmed the H5N8 strain in Fushe Kruje, Dajti, and Bujan. As a response, the institute has established a crisis center to help coordinate the next steps. They said that the infected animals had been killed, and additional measures have been taken to quell the spread.

Minister of Economic Development, Milva Ekonomi, has also issued an order which prohibits the trade of poultry in outdoor markets. Currently, only the sale of products that have been certified by a veterinarian is allowed.

The entry of birds into Albania via countries that have confirmed cases is also banned.

The government announced that agricultural representatives from each municipality would report to the Ministry every day on the situation in their region. They will also work to raise awareness of the situation with farmers.

Additionally, they said that products and by-products from infected birds do not pose a risk to consumers.

Kosovo has also reported several cases of bird flu. Like Albania, authorities introduced a ban on moving animals between farms and holding fairs, markets, and exhibitions.

What is bird flu?

Bird flu, otherwise known as H5N8, is a type of influenza, a virus that is lethal to poultry and wild birds. It can be asymptomatic but can also be highly lethal, with a mortality rate of at least 75%. The first significant outbreak was in Ireland in 1983, and almost 300,000 birds were culled to prevent the spread.

In South Korea, in 2014, at least 12 million poultry were killed following an outbreak in the North Jeolla Province. Then in 2016-2017, an outbreak was reported in Europe and the rest of Asia. Over the subsequent years, small outbreaks have been reported throughout Europe, Asia, and Africa.

Can it be given to humans?

In February 2021, Russia reported the first known cases of bird flu in humans. A total of seven people were confirmed to have been infected after working at a farm in the country. There was no indication of human-to-human transmission, and the cases were described as mild. The WHO said that cases were asymptomatic.

“Based on available information, the risk of human-to-human transmission remains low and WHO recommendations have not changed as a result of the incident. When avian influenza is circulating in an area, farms and contact with live animals, for example in markets, should be avoided. Precautions must be taken by those working with poultry.”