Harabel, an art promotion organization, founded by the wife of Mayor of Tirana Erion Veliaj, has organized an art installation at the Sharra Landfill in Tirana. On the same site, in 2016, a child was killed, while illegally employed by a company championed by the Mayor as a great place to work for.

Curated by Harabel, the installation,  “Bleta,” (Bee in English) took place on July 1st and according to the promotional poster, the artist, Sislej Xhafa, “challenged everyone by choosing to install his newest work at the Waste Treatment Area of Tirana”, otherwise known as Sharra Landfill.

The exhibition was a part of the so called “Free Art Project” which “aims to bring the public closer to contemporary art through the installation of works of art in public spaces…. emphasizing the belief that art is an education and formative tool of the individual, grower of intellectual thought, of critical thinking and of imagination.” 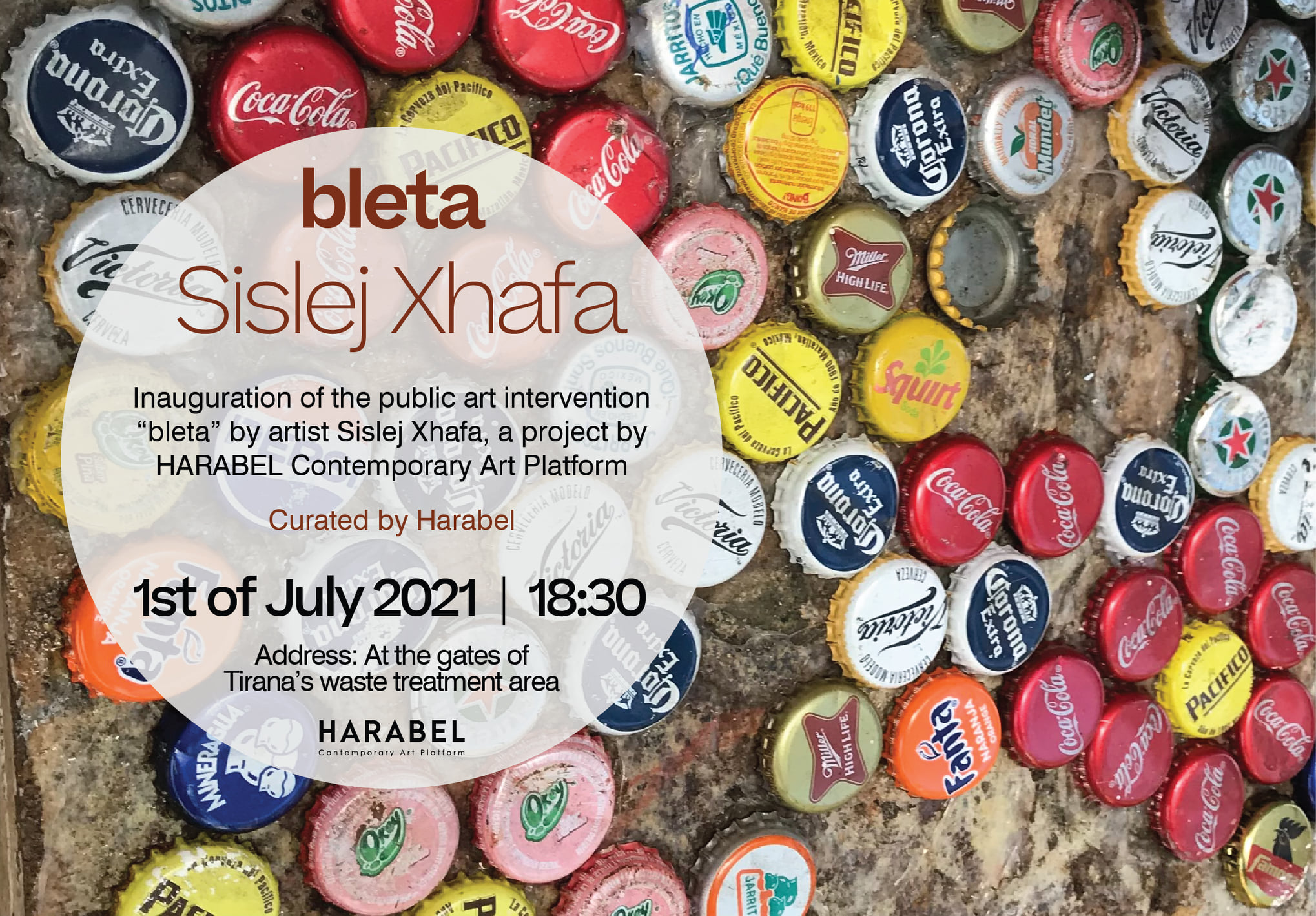 But in August 2016, the mutilated body of 17-year-old Ardit Gjoklaj was found buried beneath rubbish at Sharra Landfil, the same site where Xhafaj’s art installation was shown. He had been employed illegally by the company operating the site who was part of a public-private partnership between Veliaj’s municipality and 3R shpk—a private company company owned by Edurim Teqja, a regional leader of the Socialist Party. The company had not registered the child as an employee, and was not paying any tax or social security or any job insurance for him.

A post mortem indicated he died as a result of blunt force trauma to the head.

Teqja was declared wanted by the police, but following a botched investigation, no charges were ever brought against him. He then renamed the company Alb-Tech Plast shpk and received a new license to continue operating at Sharra from the Ministry of the Environment in 2019.

Veliaj had promoted the company as a great place to work “for a job with social security” and called for people to apply for work there. Veliaj was then photographed having dinner with the prosecutor initially handling the case of Gjoklaj’s death.

To date, no one has been found guilty on charges relating to his death or working conditions at the Sharra landfill.

The DEBATIK Centre of Contemporary Art, a collection of activists, artists, and architects called the installation art washing and said that art was being used to “cover up the murder of an illegal minor laborer.”

Meanwhile, following criticism of the choice of location, Harabel claimed that the artist found, visited, and chose the site himself without any prior suggestion from Harabel. They said they “deeply respect the freedom of expression of an artist”, despite it being a “very delicate location”.

They added that “the location chosen by the artist is considered by him as the entering context”, without mentioning what the context or delicate nature is.

The artist is from Kosovo and has lived abroad since the 90s, now residing in New York. Furthermore, those who visited the exhibit said it does not depend on the Sharre Landfil to full its purpose, nor is it related to the site in any way. They added it could have been installed anywhere.

“I disagree with the choice of Sislej to make public art in a place like Sharra Lanfill which is very problematic. This includes lack of transparency, suspicious terms of the concession contract, the tragic death of Ardit Gjoklaj, the contract between the Municicipality and the company that manage the waste. For me, Sislej is one of the best contemporary Albanian artists but I think he has been misinformed about the problematic nature of the location. I think he has been used by Harabel and its director Ajola Xoxa.”

Exit has contacted the artist to ask if he did indeed choose the site and whether he was aware of the death of Gjoklaj in 2016.