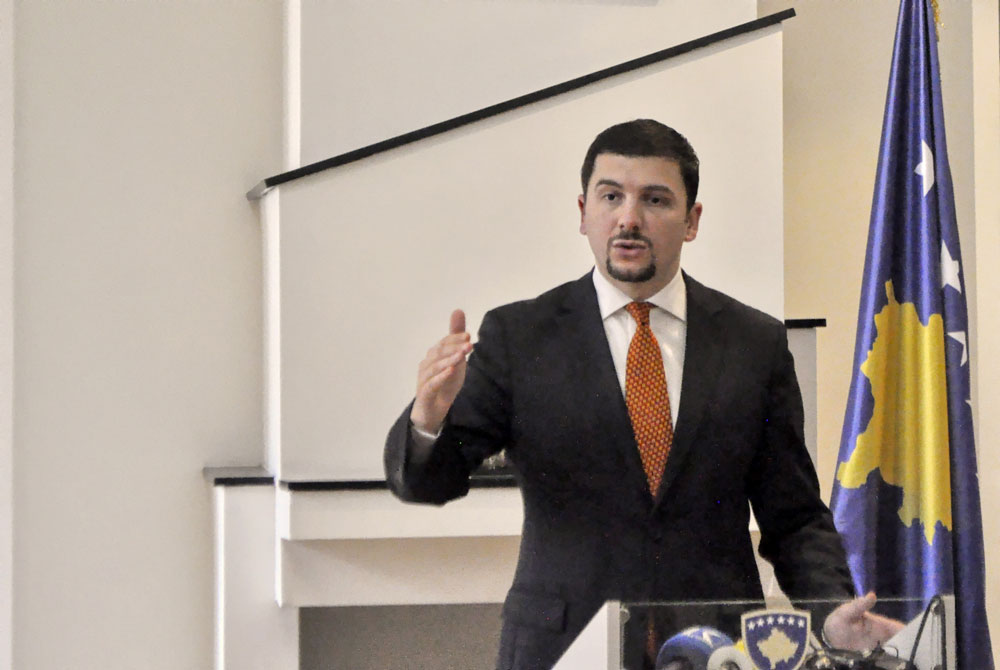 Memli Krasniqi is the new leader of the Democratic Party of Kosovo (PDK). He was elected on Saturday by the party’s congress with 463 votes for and 7 votes against. He was the only candidate in the running.

The 41-year-old entered politics in 2004 after a 4-year stint as a journalist. He has also served as minister of culture and of agriculture.

Memli follows Kadri Veseli who led the party from March 2016 to November 2020, when he was detained in the Hague, and is awaiting trial on charges of war crimes and crimes against humanity. Veseli himself became leader after Hashim Thaci, the founder and the main figure of the party, became President of Kosovo in April 2016. Thaci has also been charged and is awaiting trial in the Hague.

PDK, now in the opposition, has dominated politics in post-independence Kosovo, and has been part of the government almost continuously from 1999 until two years ago. During the elections of February 2021, it received 16,9% of the vote, second to Vetevendosje, which won more than 50% of the popular vote.