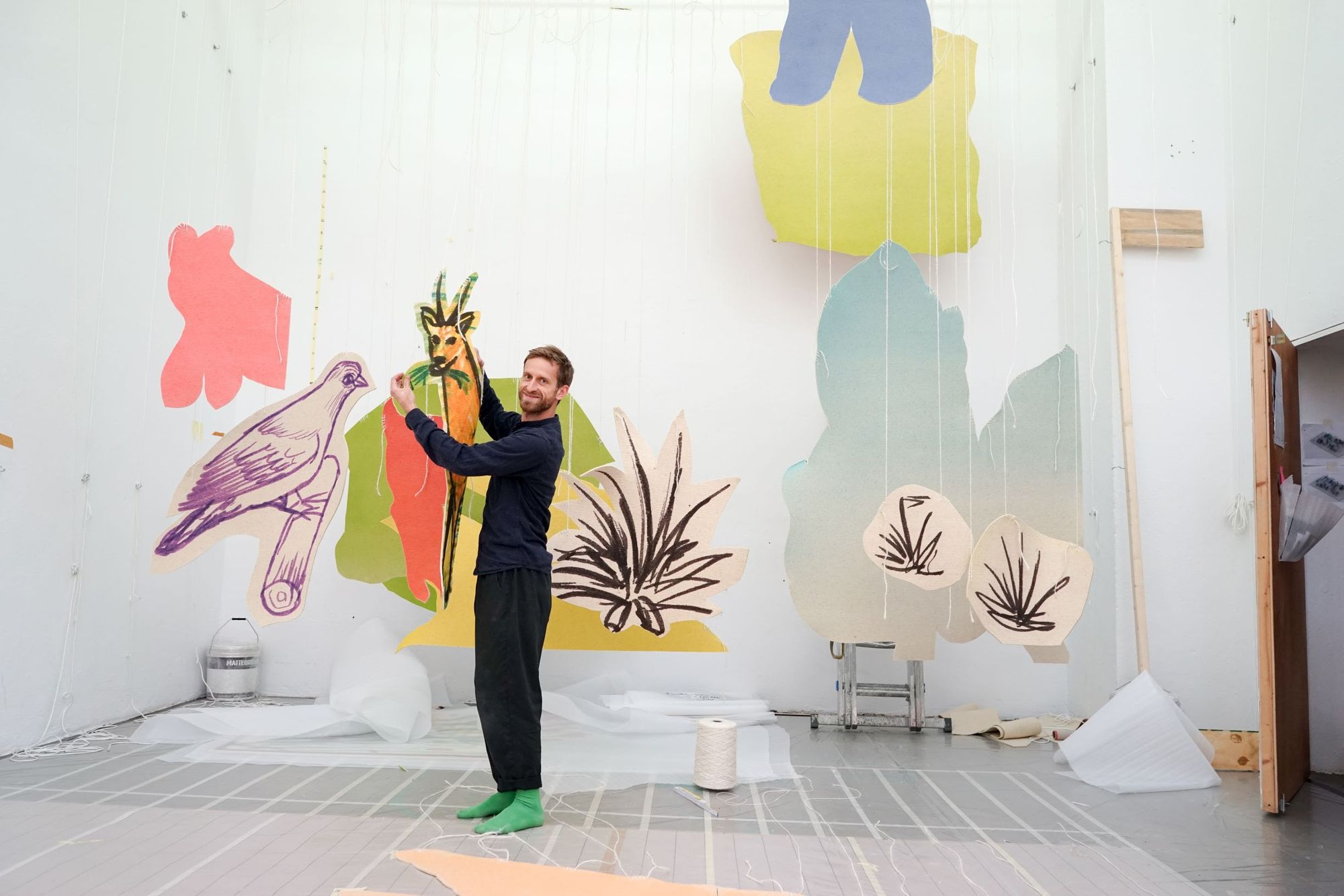 Petrit Halilaj, an internationally recognized artist from Kosovo, is set to have his first UK solo exhibition at one of the country’s most prestigious galleries.

Entitled ‘Very Volcanic Over This Green Feather,’ the exhibit will take place at the Tate St Ives in Cornwall. It will run between October 2021 and January 2022.

The artist was born in Kosterrc, Kosovo, in 1986. He has gone on to be recognized and lauded internationally for his work. Drawing on his life story and background, he is known for creating expansive pieces of art. Halilaj often includes materials from Kosovo into his work, giving them an individual and personal twist.

Other themes he explores include memory and cultural identity.

Halilaj was displaced by the brutal  Kosovo War that took place between 1998 and 1999. He was just 13 years old when his family was forced to seek refuge in camps in Kukes and Lezhe in Albania.

Based in Berlin, the artist has created a series of images based on felt-tip drawings he made as a young child. Halilaj originally drew the images under the supervision of a psychologist on a humanitarian mission to the Kukes II refugee camp.

In 2020, the artist withdrew from the Belgrade biennial after organizers disagreed on listing participants from Kosovo.

The now Berlin-based artist said that those involved in organizing the exhibition could not agree amongst themselves or with him on how to present his nationality. As the event is organized and hosted by the Cultural Centre of Belgrade in Serbia and the country does not recognize Kosovo as an independent state, he decided to completely pull out of the show.

Halilaj wrote an open letter to the exhibition detailing his experience and thoughts.

“When I received the invitation to the Belgrade Biennial, I was internally conflicted, but I also saw it as an opportunity to create a bridge, to open up a dialogue, and to explore new paths of reconciliation through art.”

The artists had planned to show a video entitled ‘Shkrepetima,’ which showed a theatre performance he staged in Runik, Kosovo-his hometown. The setting for the performance was inside the ruins of the House of Culture, which was destroyed during the war.