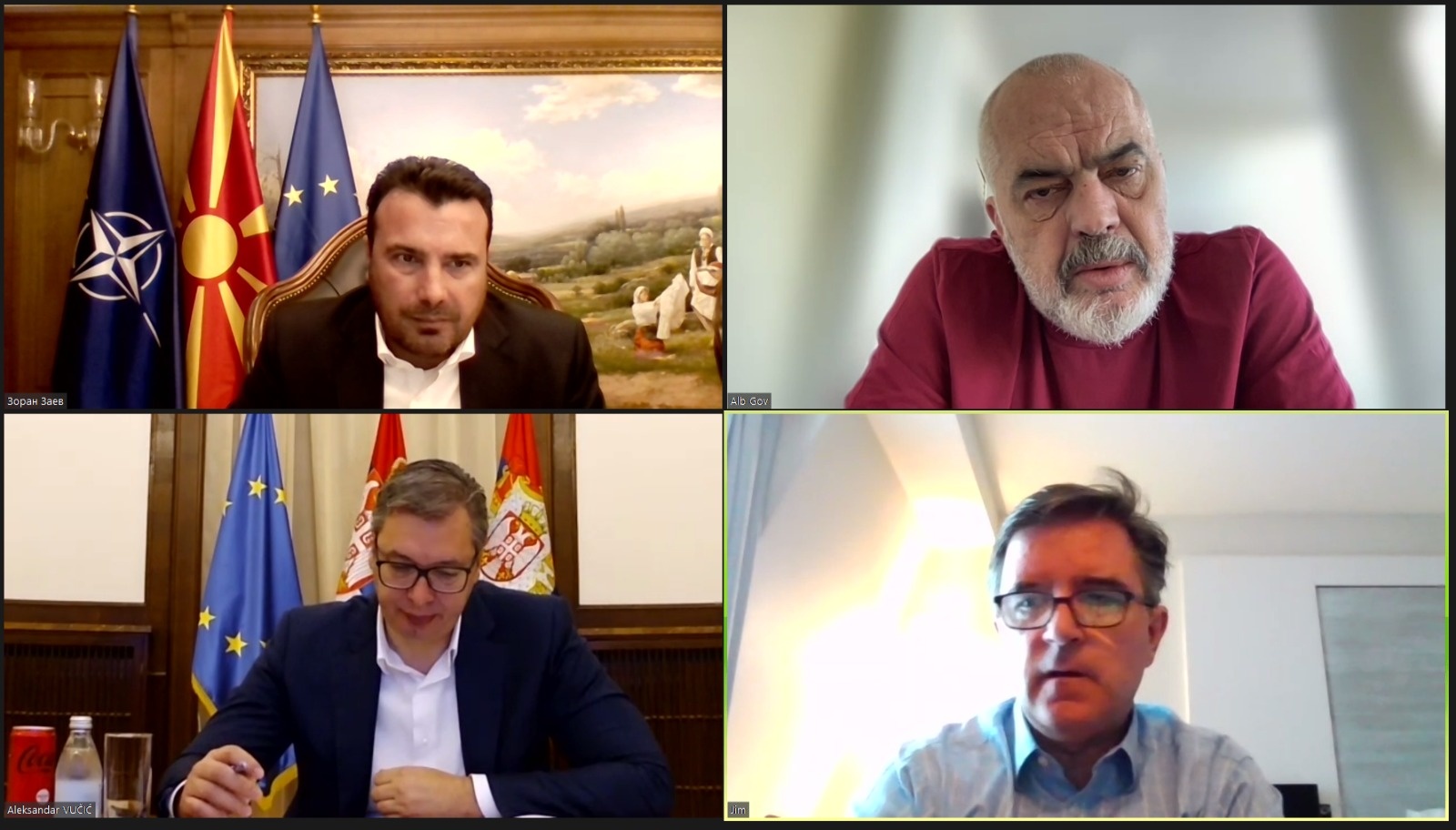 The leaders of Albania, Serbia, and North Macedonia held an online meeting on Thursday to discuss preparations for next week’s summit on their Mini Schengen initiative for a regional economic area.

“We are connecting and getting ever closer to make the lives of all our citizens easier and better. This is the new Balkans, [a] European [Balkans],” Macedonian Prime Minister Zoran Zaev wrote on his social media after the meeting.

Albanian Prime Minister Edi Rama, Serbia President Aleksandar Vučić, and Zaev will meet in Skopje on July 29 to advance their Mini Schengen initiative. Zaev said they will hold an Economic Forum for Regional Cooperation this time.

The three leaders are expected to change the name of the initiative in their 9th summit next week, according to an earlier statement by Vučić. The move appears to be an attempt to revamp the unsuccessful initiative launched by the trio in Serbia’s Novi Sad two years ago, aiming at creating a joint economic area in the Western Balkans.

In the first eight summits, the leaders focused on expressing their commitment to this project and inviting the other countries in the region to join in.

However, none of the three remaining countries – Bosnia and Herzegovina, Kosovo, and Montenegro – have joined the initiative. They have preferred the Common Regional Market established in 2020 – a more robust project with the same objectives running under the Berlin Process, which is also attended by European Union member states.

Kosovo Prime Minister Albin Kurti has proposed that the Western Balkans sign a trade agreement between them and the European Union that would mirror a similar agreement reached between EU member states and Iceland, Liechtenstein, Norway, and Switzerland.