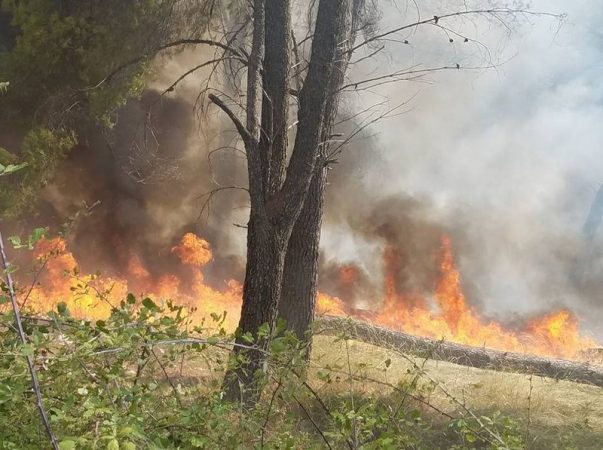 A big fire has broken out in an olive grove in the village of Shelegar near Saranda in the south of Albania.

Reports say that the fire has engulfed swathes of dry undergrowth and is spreading rapidly. Those living in the vicinity are said to be panicked as the flames draw closer.

The fire brigade is on the scene and is working to extinguish the flames.

Last summer, Albania was plagued by fires across the country. Tirana, Elbasan, Berat, Durres, Lezhe, Korca, Kukes, Fier, and Shkodra were all affected with possibly thousands of hectares destroyed. Countless other olive trees and fruit trees were also decimated by the blaze.

A number of arrests were made during the summer months after the National Agency for Civil Protection announced that most were started deliberately.