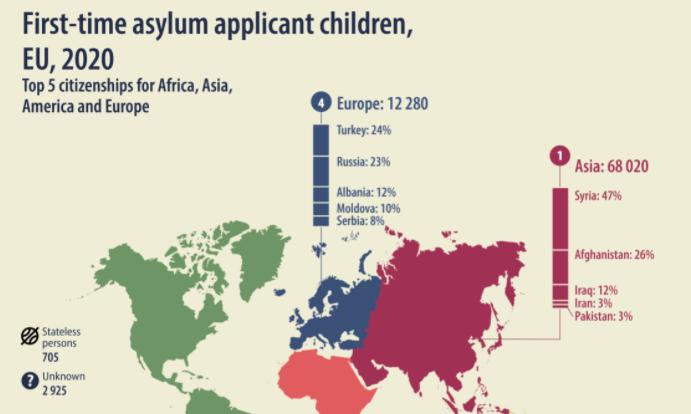 Albanian children made up 12% of underage European asylum seekers to the EU, the highest number in the Western Balkans and third highest in the European continent.

According to an Eurostat report on asylums seekers, 2,125 Albanian children applied for asylum in the EU and Switzerland during 2020. This number was three times lower than 2019, given COVID-19. Within Europe, only Turkey and Russia had higher application rates.

France received 44% of these applications, followed by Germany with 22.6%, and Greece with 11.3%. The report no longer features data from the UK, following its exit from the European Union.

Overall, the report noted that in 2020, 31% of first-time asylum seekers were children, with the highest percentage coming from Asia, followed by Africa, and Latin America. Germany, Hungary, and Croatia saw the highest number of applications, with Malta and Slovakia receiving the lowest.