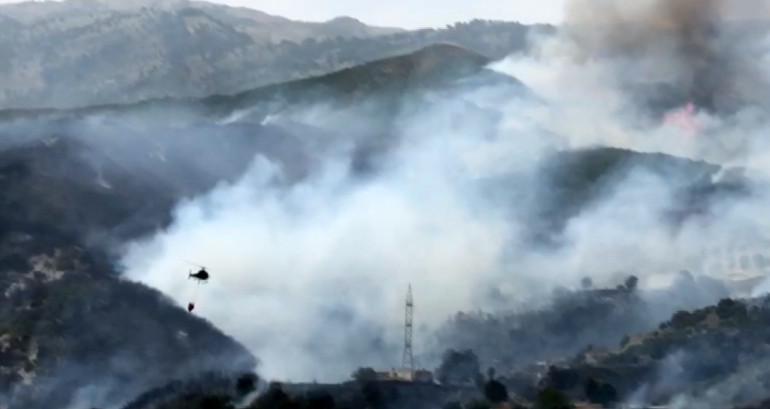 Albania continues to be ravaged by wildfires as the country braces itself for another seven days of temperatures over 37 degrees.

For days, the army, firefighters, civil emergency workers and other local authorities have been working to extinguish fires around the country. But it seems they are playing whack-a-mole as when one fire is extinguished, another starts somewhere else.

One fire in particular, in the village of Duakt i Ri on the Karaburun Peninsula is causing concern for authorities as it’s continuing to edge towards the Llogara National Park. Efforts to contain the fire and prevent its spread have so far yielded little in the way of results.

Another fire described as critical is located at Rruna Peak where authorities are working to keep it away from nearby homes. In Thirre, Mirdita, a fire is still burning, but local properties are said to be out of danger.

Local police in Mallakaster and Fier have made two arrests for arson in the region. One fire in Corrush destroyed significant amounts of land and the other, in Fier, destroyed olive trees, vines, and fruit trees.

It’s believed that many of the fires are started deliberately, or from burning refuse and then spiraling out of control.

Regarding the fires in Voskopoje, Minister of Defence, Niko Peleshi said they are intentional, and the authorities will work to bring the perpetrators to justice. He noted that there were tourists in the area and that police had intervened to evacuate them from the area.

One person has lost their lives during the wildfires this summer, and at least one other has been injured.