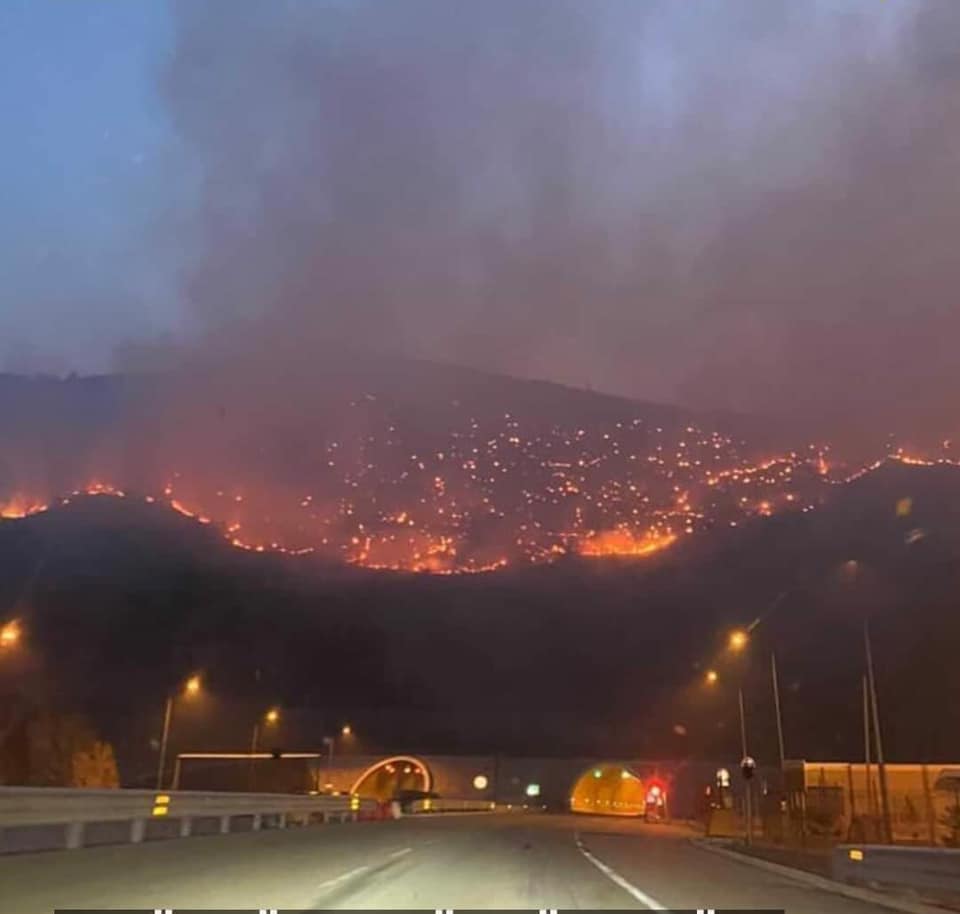 She made the announcement after the government decided to offer humanitarian assistance.

The troops were sent to work on a fire ravaging park of Kukes, not far from the border between Albania and Kosovo. Footage shared on social media showed the hill above the Kalimashi tunnel was consumed with flames, endangering nearby villages and the entrance points of the tunnel.

Firefighters from Kosovo were also on the scene, including nine vehicles and 34 individuals.

The fire at Kalimashi is now reported to be extinguished, but there are a number of other critical fires in the area. The village of Thirre, Muelle, and Domgjon are currently threatened by fires that crews are working to extinguish.

In Laku i Thive in Kukes, the situation is said to be critical as fires have spread quickly during the night. Authorities are currently intervening from the air and the ground to bring them under control.

A fire on Rrunja Mountain is also threatening property in the Shemeria area.

In terms of the fire that’s been raging near the Llogara National Park, authorities reported it’s now under control. Likewise on Dukat Mountain, Voskopoja, Tomorr Mountain, and Krushevo.

Meanwhile, police have arrested two people for arson, one in Tragjas and another in Shelegar.