Exit Explains: The Fire in Sarajet and the Municipality’s Plans to Expropriate It 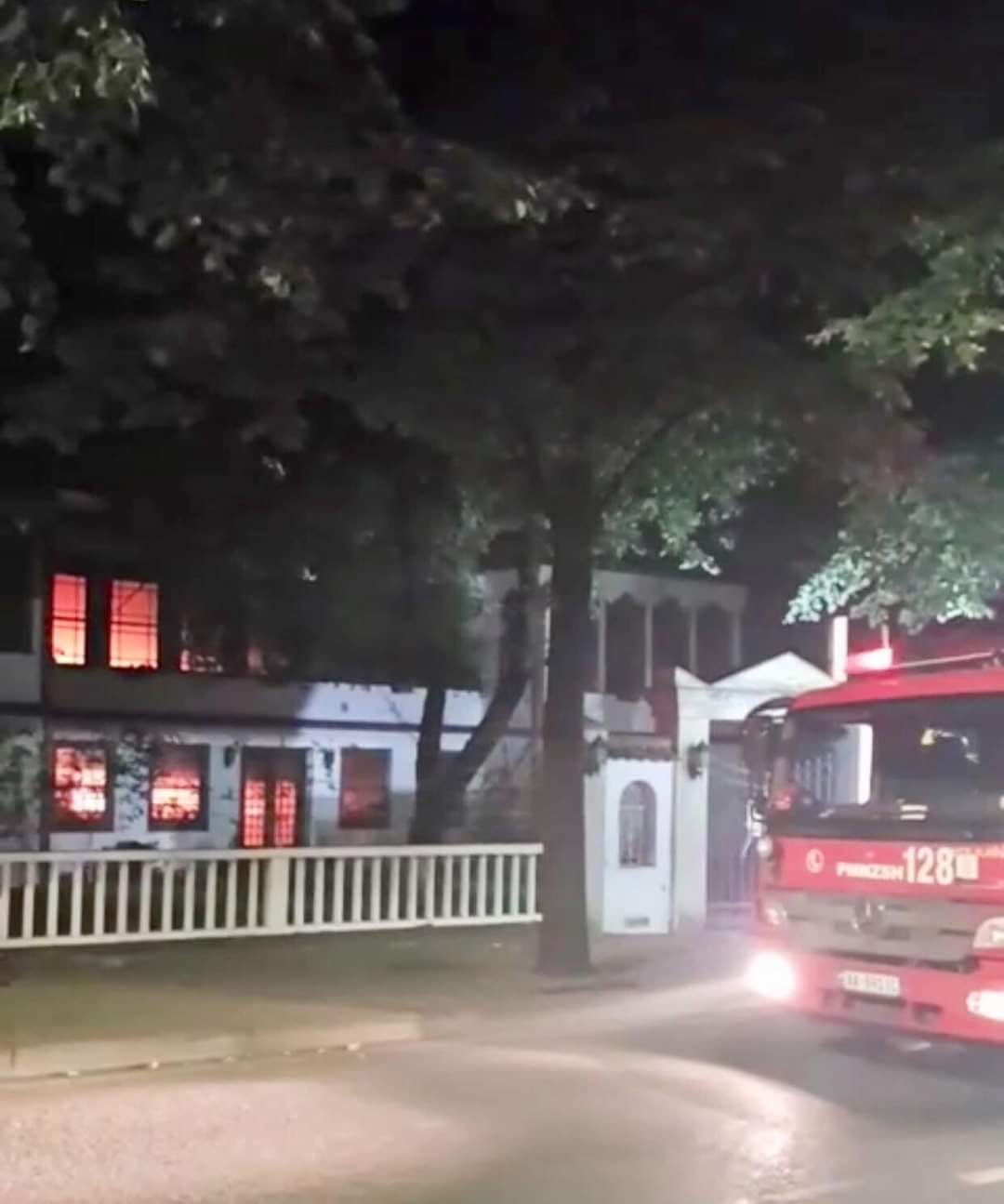 Sarajet was built between 1833-1840 and is one of the few, remaining historical buildings in Tirana.

Another building left out of the protected area was Sarajet, a Category 1 Monument.

In 2019, Exit published information on the Masterplan of Tirana. Conceptualized by Prime Minister Edi Rama and realized by Architecture Studio, it included Skanderbeg Square being surrounded by 10 tall towers with additional towers surrounding the main boulevard of the city.

Some of the towers were built when Rama was Mayor of Tirana and others are under construction as of Mayor Erion Veliaj’s tenure.

Buildings earmarked for destruction or significant change of use include the National History Museum, the Puppet Theatre, the Palace of Culture, the National Library, and the Republican Guard area.

In September of last year, Veliaj publicly stated his plans to expropriate the Sarajet building from its owners.

During an interview on Opinion, he said:

He made a similar statement in May, just after the National Theatre was demolished. He said the building would be expropriated but that it would be turned into a museum.

The land on which Sarajet sits is prime real estate and also a part of the Tirana Masterplan. It also falls within the designated casino zone which was approved by the government in 2020.

The property is owned by multiple members of a family and all but one have agreed to give it up to the state. One individual has refused to budget despite numerous financial offers. This means that the government and Municipality cannot move ahead. There have been reports and claims by family members that threats and pressure has been applied to them in order to give up their shares. The remaining individual has spoken of threats and intimidation being used.

Prior to the fire, it seemed likely that the property would be expropriated under the pretext that it’s necessary for museums and is a public interest site.

Then in the early hours of 17 August, an unknown individual set fire to the building. Firefighters arrived on site after 20 minutes and extinguished the fire before leaving. The fire then reignited but thankfully some citizens were on hand to put them out.

It’s worth noting that if the building is deemed dangerous or a risk, due to the damage incurred or upon the say so of a government-employed engineer, the Municipality can demolish it without the permission of the owners.

Government engineers have made several dubious decisions on the safety of properties in Tirana and other areas, often those that are standing in the way of multi-million euro developments.

This is the second mysterious fire in the area in two years. In 2019, Bar Sahati located just behind the Clock Tower was also burned to the ground. The owners had refused to budge when the Municipality moved in to develop the land and the surrounding area.

Veliaj took to Twitter this morning to deny that the building would be demolished, but plans seen by Exit say otherwise.