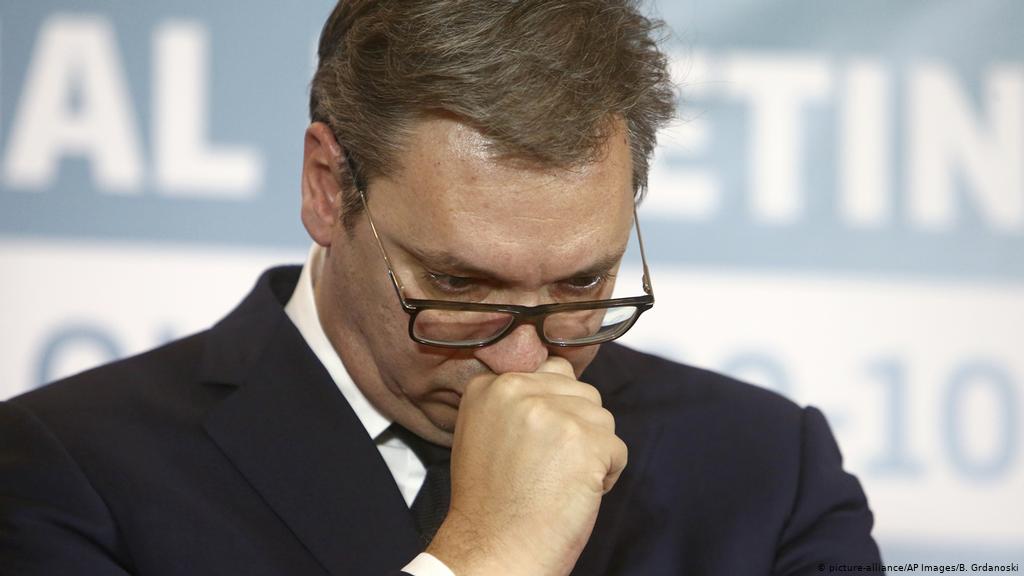 Twitter has labelled several private Serbian media outlets as state-affiliated as a result of the control the government exerts over them.

Earlier this week, the Twitter accounts of the B92, Kurir, and Informer media outlets were marked as stated-affiliated.

Twitter defines state-affiliated media as those “where the state exercises control over editorial content through financial resources, direct or indirect political pressures, and/or control over production and distribution.”

Other media that are editorially independent are not defined as such, although they may be state-financed.

Serbia ranks 93th out of 180 countries in the 2020 Press Freedom Index by Reporters Without Borders. Media freedom in the country has been on a constant decline in the last four years. 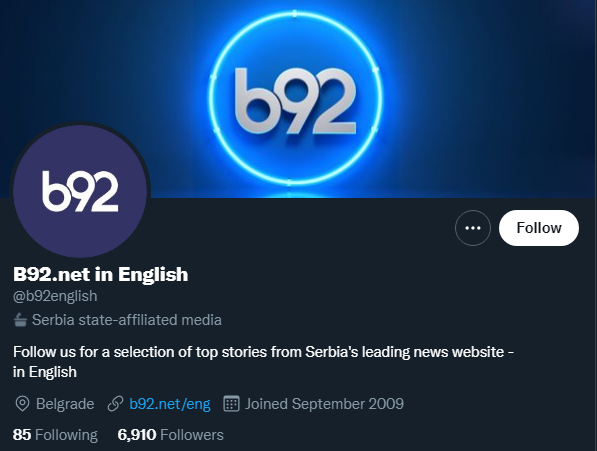 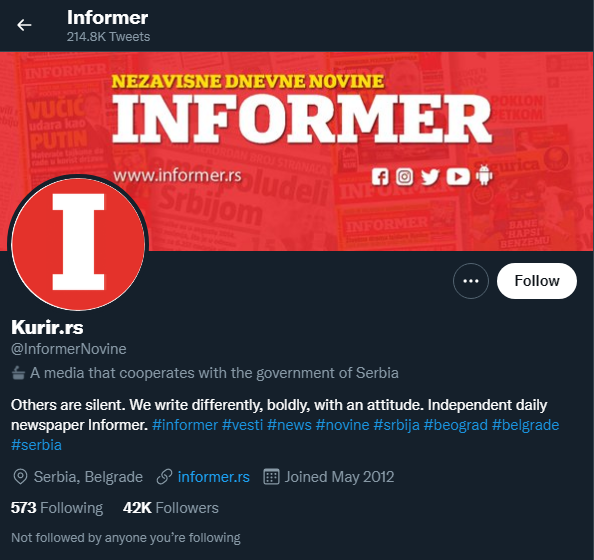 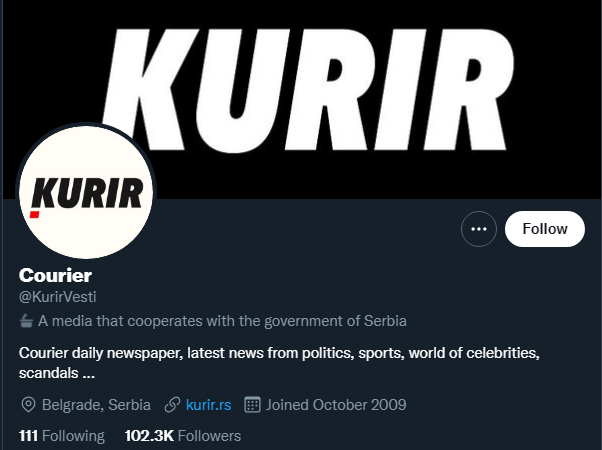