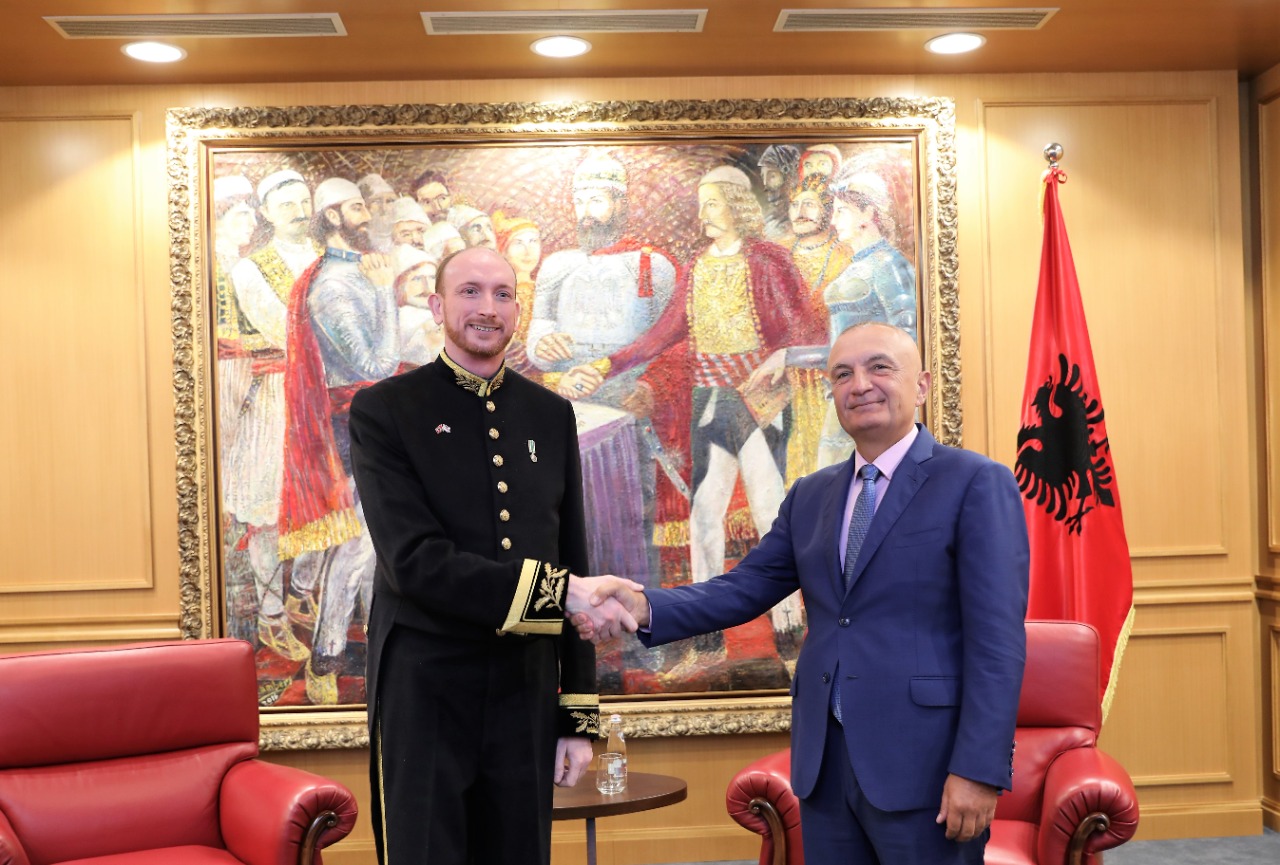 The new Ambassador of the United Kingdom in Albania, Alastair King-Smith has presented his credentials to President Ilir Meta today.

In a tweet, King-Smith said he discussed how to broaden and deepen British and Albanian relations. He also highlighted the critical importance of action on climate change and prosperity.

Honoured to present my credentials today as 🇬🇧 Ambassador to #Albania. Discussed with @ilirmetazyrtar how we can broaden&deepen 🇬🇧🇦🇱 relations. And critical importance of action on #ClimateChange & prosperity. There is a lot we can accomplish by working closely together.#UKandAL pic.twitter.com/ZKrrzXdCTk

“There is a lot we can accomplish by working closely together,”  he said.

He takes over from the previous ambassador Duncan Norman MBE and will work with Deputy Ambassador Jason Ivory.

King-Smith joined the UK Foreign and Commonwealth Office  (FCO) in 1996 and has undertaken several roles in the department. These include posts on the Russian Political Affairs Desk, and roles covering Libya, Iraq, Israel, and Kenya. He has also worked as the Deputy Director for the Global Campaign for Media Freedom, and as the Head of International Counter Extremism.

Most recently, he was the Deputy Director of the Coronavirus Cross-Government taskforce.