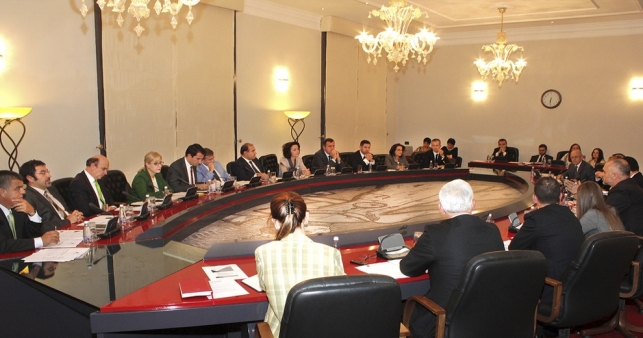 This morning, Albanian Prime Minister Edi Rama unveiled his new cabinet at the General Assembly of the Socialist Party.

Notable changes include the return of former Minister of Culture Mirela Kumbaro at the head of the Ministry of Tourism and Environment. Ulsi Manja, former head of the Commission on Laws, will replace Etilda Gjonaj as Minister of Justice. Delina Ibrahimi, General Director of  Taxation, will become Minister of Finance.

Gramoz Ruçi will be replaced by former Minister of Education Lindita Nikolla as Speaker of Parliament.

The cabinet is comprised of 13 women and five men, including Rama.

Yesterday, President Ilir Meta announced that the new Parliament will convene next Friday, September 10 at 10 a.m.

A list of Rama’s full cabinet is included below:

Bora Muzhaqi, Minister of State for Youth and Children;