Rule of Law Is EU’s Jihad against the Disobedient, Says Serbian President 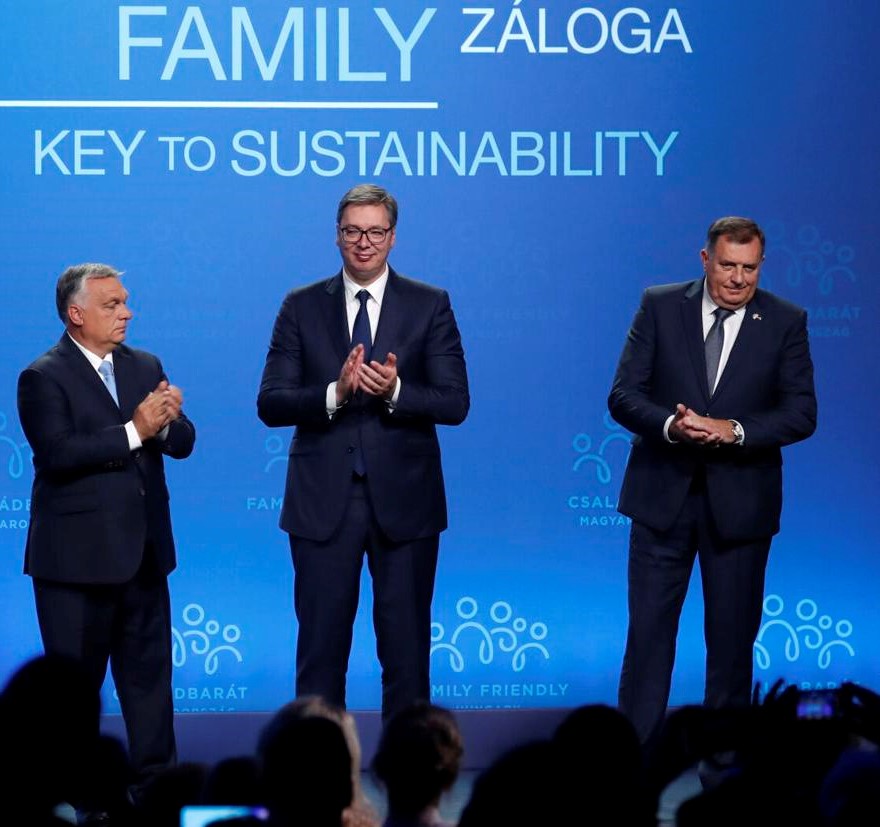 Serbian president Aleksandar Vucic has questioned the priority of rule of law for countries like Serbia and Hungary. He slammed the European Union for waging a “rule of law jihad” against countries that disobey Brussels.

On Thursday, during a visit to Hungary to attend the “Budapest Demographic Summit IV” at the invitation of president Viktor Orban, Vucic suggested that rule of law is less important than “our nations [and] children”.

“Rule of law is very important, but in the European Union it became a rule of law jihad against those disobedient. Is it really more important than the future of our nations, children?” Vucic was quoted as saying by Katalin Novák, the Hungarian minister for family affairs in the Orban government.

🇷🇸 Pres @avucic at #BDSIV: demographic issues really became a question of survival.We had a difficult past, Hungary and Serbia. RoL is very important, but in EU, it became a RoL jihad against those disobedient. Is it really more important than the future of our nations, children?

The leader of Serbs in Bosnia, genocide denier Milorak Dodik, complained that “selfish” European politicians are replacing Balkan peoples with migrants, and that he could not freely speak in public “about a woman being a mother and the man being the father.”

Milorad Dodik at #BDSIV: The selfish European politics are emptying the Balkans and migrants from a different culture fill it. How could it happen that I cannot speak and it is not correct if I talk about a woman being a mother and the man being the father.

The biennial summit is a forum where politicians, church leaders, and experts meet to discuss issues they consider to be affecting families.