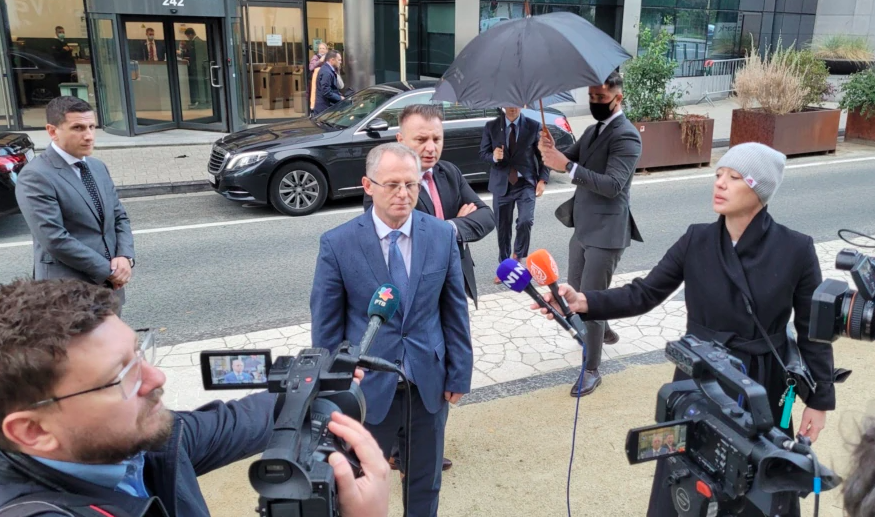 Head of the Kosovo delegation, Besnik Bislimi, said that Kosovo and Serbia have reached a temporary agreement to solve their dispute over license plates. The agreement awaits final approval by both governments before it can be implemented.

On Wednesday, Miroslav Lajčák, the EU Special Representative for the Belgrade-Prishtina Dialogue, met separately with representatives from both countries to solve the issue.

Bislimi spoke to media about the draft agreement that according to him will have three main elements.

Finally, the NATO-led Kosovo force will replace Kosovo’s own special forces at the northern border, and Kosovo Serbs will tear down their barricades.

EU spokesperson Peter Stano wrote on Twitter that the meeting between the chief negotiators of Serbia and Kosovo is not over, and “negotiations continue to find a solution for the current crisis in the north of Kosovo.”