Comment: The Lack of Vaccines Led to Panic in Bosnia-Herzegovina, Yet Now They Are Going to Waste 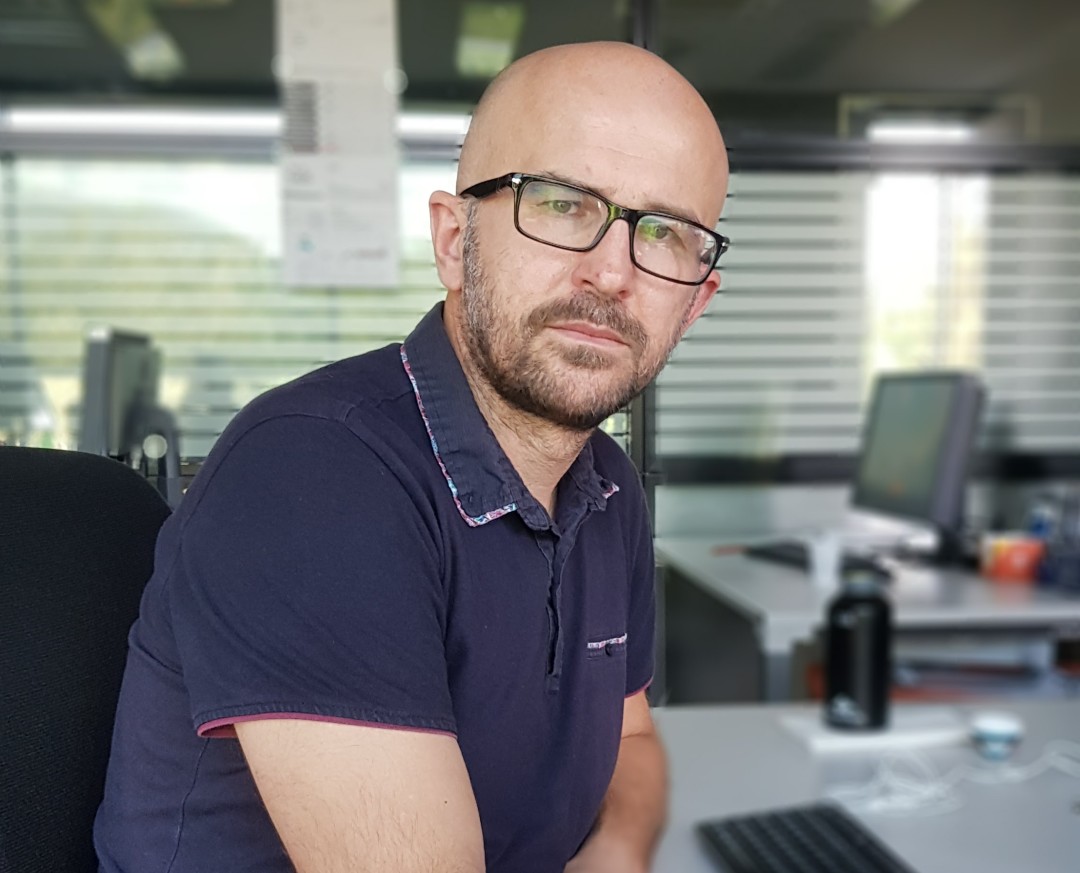 With considerable lack of trust and a strong influence of opponents to vaccination, but also the fact that Bosnia and Herzegovina was quite late to start mass immunization, the percentage of vaccinated citizens is extremely low. The latest data indicate that as little as 12 percent of the adult population i.e., every eighth inhabitant, is fully vaccinated, and Bosnia and Herzegovina tops the ranking in Europe in terms of the number of deaths per million inhabitants.

Back when Bosnia and Herzegovina hadn’t yet obtained vaccines, and the numbers of infected and deceased were at their highest, dissatisfied citizens called out the authorities, and rightfully so, because they were unable to provide them with protection against COVID-19. Afterwards, vaccines began to arrive, initially as donations and later via the COVAX and EU4HEALTH mechanism and with direct procurement. Vaccination was first provided to the oldest and most at-risk part of the population, and as the age limit dropped, interest slowly waned, regardless of the fact that everyone was allowed to be vaccinated – no need for an invitation or announcement. Today, there are left over vaccines, literally going to waste, because in the next month and a half, if they are not used, large quantities will have to be destroyed.

While the epidemiological situation is deteriorating with every passing day, and the numbers of infected persons (exceeding four-digit numbers on a daily basis) and deceased (they have long been in the double-digits) are growing daily, unusual images can be seen at vaccination points. If the arrival of Pfizer vaccines is announced, the availability of which is quite low, large crowds and long lines are formed. There is almost no interest in other vaccines, AstraZeneca and Sinopharm being the ones available. The former is especially avoided, which was brought-on by the negative campaign and a handful of misinformation this vaccine first started being administered in other parts of the world, so in fear of side effects and complications, people refuse to get the AstraZeneca jab. All attempts by those responsible to dissuade them have proven unsuccessful.

With considerable lack of trust and a strong influence of opponents to vaccination, but also the fact that Bosnia and Herzegovina was quite late to start mass immunization in relation to neighbouring countries and the rest of the world, the percentage of vaccinated citizens is extremely low. The latest data indicate that as little as 12 percent of the adult population i.e., every eighth inhabitant, is fully vaccinated.

Explaining why people avoid vaccination, sociologist Slavo Kukić states that there are global factors such as: a strong anti-vaxxer community, the suspicion that everything is a product of the interests of big capital and the need for greater profit, but also local factors in Bosnia and Herzegovina: distrust in a globally dominant system of values, distrusting people, political parties, institutions…

“This distrust is a product of what the average person in Bosnia and Herzegovina has experienced over the past 30 years, a time in which that person has been constantly manipulated, so there is some awareness of how s/he is subject to constant manipulation, national or capitalist interests, world conspiracies… That distrust also spills over into refusing to be an instrument of a worldwide experiment”, Kukić believes.

On the other hand, according to Worldometers data, Bosnia and Herzegovina registered 10,203 deaths from COVID-19 by September 20, and with 3,134 deaths per million inhabitants, it ranks second in the world, and first in Europe (with only Peru ranked higher, followed by Hungary, Macedonia and Montenegro).

The economy is more important than human health

While the bleak coronavirus statistics put Bosnia and Herzegovina at the very infamous top of the world, some other statistics are obviously more important to the authorities – the economic ones. The authorities mostly brag about the growth of production and GDP itself, there is even mention of the best economic results in history, and critics warn them not to compare this year’s data with last year’s, when everything came to a halt because of the coronavirus. However, a blind eye is turned to the increase in almost all prices, especially food, which is not accompanied by an increase in the income of the working population and pensioners. Noting that everything except salaries and pensions is on the rise, Radio Slobodna Europa recently published data according to which the average monthly salary in the Republika Srpska entity is 521 euros (average monthly pension is 207 euros), and 984 euros should be set aside for the consumer basket, while in the entity of the Federation of BiH employees receive an average monthly salary of 510 euros (pension averages 218 euros per month), while they need 1,057 euros for consumer items per month.

Commenting on the increase in food prices, following the example of higher oil prices, the Prime Minister of the Federation of BiH, Fadil Novalić, a politician previously known for making ill-considered statements, explained that a 37 percent increase in price means that citizens will buy 37 percent less of that product. He pointed out a parallel with 40 percent cheaper potatoes, but also cheaper fuel.

Novalić has been in the public eye before, at a time when people did not much care to be amused, especially in the context of the coronavirus crisis. First, while vaccines came only from donations, and citizens rushed to Serbia to get their jabs (some still turn to Serbia to get their Pfizer vaccine), he said: “if we were to act like a state, we would have procured the vaccine back in December.” Although he asked for help in early spring, because he had no idea how to get the vaccine, he later justified himself by saying that Bosnia and Herzegovina is not prone to “jump the gun” for vaccines because he did not want the citizens to be “lab rats”. When he was warned that a broad campaign should be launched to invite citizens to get vaccinated, he replied: “First we need to have vaccines in order to run a vaccination campaign.”

Politicians as a poor example

The campaign itself went quite unnoticed, although it involved celebrities, musicians, athletes, but also religious authorities, because their advice is still heeded, and even football coaches from the neighbourhood, such as Miroslav Ćiro Blazević, who was born in Travnik and once made a real little renaissance of B&H national football by winning the sympathy of many.

The prescribed epidemiological measures aren’t helping either, because almost no one pays attention to them anymore. Especially not politicians, who set a poor example by showing that everything is possible and allowed for them. Every two weeks, entity headquarters decide on the measures and they delegate them to lower levels of government. Due to the worsening situation, the Federation of BiH ordered the cantons to introduce more restrictive measures based on the assessment of the epidemiological situation in the canton i.e., the municipality, as well as increase supervision over the application of epidemiological measures. Citizens are called upon to get their vaccines, which, with the adherence to preventive measures, would reduce the number of those infected and deceased. The Republika Srpska Emergency Headquarters also called on the citizens, if they have not been vaccinated, to do so as soon as possible.

Apart from helping citizens tackle the public health scourge more easily, bearing in mind the number of times it was proven that vaccines, mask-wearing and physical distancing are effective prevention, confirmed by a number of scientific studies, the entity authorities in Bosnia and Herzegovina have faced a new challenge. Available vaccines could expire and go to waste because there is no one to receive them, and on the other hand there is no concept of harmlessly disposing of them because it is a demanding and expensive process.

B&H media recently reported that 340,183 doses of vaccines in the Federation of BiH, of which as many as 319,930 are AstraZeneca vaccines, will soon become unusable, reminding that 55,000 doses have already expired in Republika Srpska. (The aforementioned number of vaccines that are about to go to waste refers to October, and another 100,000 doses could be added by the end of the year. However, officials from the Institute of Public Health expect that not all quantities will be destroyed, as many citizens are waiting for their second dose.)

Immunologists have warned that little has been done to educate the public about the importance of inoculation, recalling that there is no single drug or vaccine with zero side effects, and that the side-effects are negligible – at the level of statistical error. Experts and scientists also appealed, saying that all vaccines are tested and safe, so there is no reason to pick or choose from them, yet it was to no avail. Mandatory vaccination has not and probably will not be introduced, and, as all signs point, there will be no strict measures such as complete lockdown, so it comes down to pleas and recommendations that are not abided by everyone.

When the authorities of Sarajevo Canton recently warned those who were not vaccinated that they could face possible restrictions, such as a ban on entering the institutions they own, about 50 citizens went out to protest, demanding the resignation of those responsible and threatening criminal charges. According to Merima Spahić who was one of the participants in the protest, they opposed “restricting human freedoms and shoving people ‘between four walls’ because they do not want to put something in their body for which a waiver must be signed in case something happens to them”. The cantonal authorities have not adopted any measures in wake of the protests.

Meanwhile, messages to citizens that we must follow the example of New Zealand or Denmark, or otherwise the coronavirus will continue to loom over the lives of citizens, while the normalization of the situation depends on other factors, were also not taken seriously. The nonchalance of summer will soon be replaced by autumn depression. Irresponsible behaviour will only make things worse.

Mladen Obrenovic is a Doctor of Communication Sciences and a professional journalist with many years of experience in several media in Croatia and Bosnia and Herzegovina. His professional journalistic career began in 1996 in Vukovar, where he worked for the local media as a correspondent for Glas Slavonia and Jutarnji list. From 2010 to 2013, he was engaged in tportal in Zagreb, where he reported on topics of daily politics and current issues in Croatian society and reported from the Croatian Parliament, the government and the judiciary. Now in Sarajevo, he works for Radio Al Jazeera Balkans first as a journalist and then editor of the portal. He also worked as a BIRN journalist in Bosnia and Herzegovina. He has participated in several media courses and scientific conferences, and has published several scientific and professional studies.

The blog was created as part of the “Tales from the Region” initiative led by Res Publica and Institute of Communication Studies, in cooperation with partners from Montenegro (PCNEN), Croatia (Lupiga), Kosovo (Sbunker), Serbia (Autonomija), Bosnia and Herzegovina (Analiziraj.ba), Albania (Exit), Slovenia (DKIS) and Greece (Macropolis), within the project “Connecting the Dots: Improved Policies through Civic Engagement” with the support of the British Embassy in Skopje.

Fjalë kyçe:   Bosnia, Bosnia and herzegovina, tales from the region