Comment: Education is Needed for Better Human and Animal Coexistence 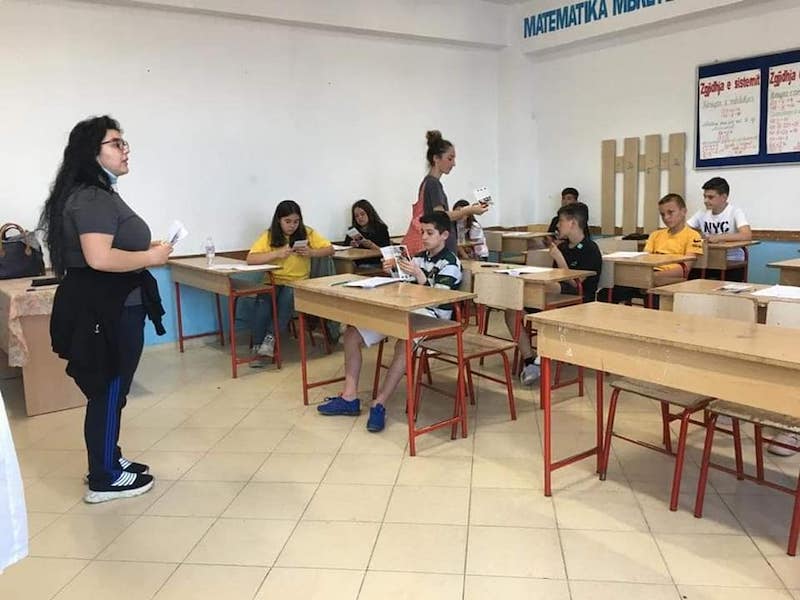 Albania still has thousands of stray cats and dogs living on the streets, often sick or hurt and threatening people’s health, while other European countries have barely any homeless animals. Why is that?

When we talk about stray animals, especially dogs, it’s essential to understand their various origins to solve the problem. There are feral cats and dogs, often found in rural areas and living independently from humans. What’s usually understood as stray cats or dogs are the animals are walking through the cities and suburban areas of Albania, scavenging on waste or being fed by kind citizens. Many are abandoned, unwanted by their owners and once were domesticated. They often experience poor health and welfare due to their malnourishment and their living circumstances. When abandoned, the dogs lose their orientation and are often left in life-threatening areas like highways. Many of them die in accidents or suffer from the consequences of untreated injuries.

The final piece of the puzzle is owned but not controlled pets. They are domesticated but are allowed to walk freely and are often not neutered. Since they are fed better than feral or scavenging stray dogs, they have better health and a higher potential for reproduction. When an owned pet delivers unwanted kittens or puppies, they are likely to be left somewhere in the streets, and the circle continues.

It’s easy to say that pet owners need to take on the responsibility and neuter their animals. But it’s not that simple. There are different reasons why people are avoiding this intervention that could help decrease the population of stray animals. Some people don’t have the financial resources; others still believe that neutering diminishes the value of their pet, and some might not know that they are adding to the stray problem.

It’s evident that the problem starts and ends with the behaviour of people. And therefore, people need to be educated about their responsibility as pet owners and the measures they can take to help reduce the stray population. They have to be informed how to handle homeless animals, not be afraid and not harm those animals to protect themselves. The education has to start early in school so that a new generation of sensitive and aware people will grow up to find the proper animal protection of the future in Albania.

While non-profit organizations are currently creating awareness towards responsible ownership and animal protection, the state must support effective, enforceable legislation. The compulsory identification registration of dogs must be established and controlled throughout the country to prevent the abandonment of pets and enforce official ownership of dog owners.

Without a doubt, the state of Albania needs to take on more responsibility and take action. While it was proven long ago that catching, neutering, and releasing animals is the most efficient way to reduce the stray population, the government invests in nontransparent clean-up actions where stray dogs are often mistreated and killed. By killing the dogs, resources for other homeless animals are freed up, attracting animals of surrounding areas and providing them with the chance to reproduce further. The government is not setting the right example.

Another part of tackling the problem is also by establishing a proper waste system. Often trash is just dumped somewhere and is easily accessible for stray animals to use as their primary food source.

There is still a long way to go in Albania. But with the ongoing work of local NPOs and every responsible citizen, the country can move a bit closer into the direction of a state with proper animal protection and, in the end, a better living together of animals and people.