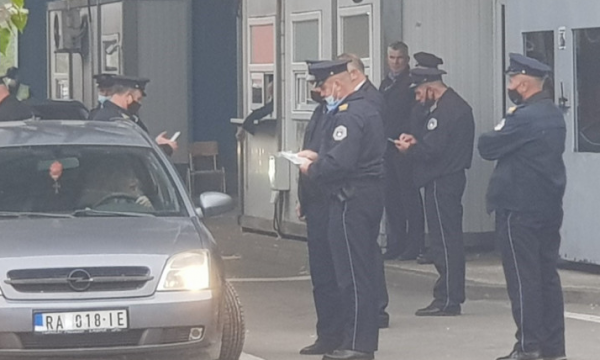 Kosovo has started to implement the agreement signed with Serbia in Brussels last week, providing for reciprocal treatment of state symbols on cars licensed in both countries.

This is the measure agreed between Kosovo and Serbia for the next six months, until a permanent solution is found.

The Thursday agreement restored a previous one agreed between the two countries ten years ago but never implemented by Serbia.

When the government in Kosovo started implementing the same demand as Serbia on cars entering its territory – namely purchasing a 5-euro temporary license plate at the border – President Aleksandar Vucic responded militarily.

He rallied Kosovo Serbs to block the roads leading to border checkpoints, sent in armored vehicles near the border, ordered fighter jets to fly nearby, and gave NATO an ultimatum.

However, shortly after this, Serbia accepted Kosovo’s imposition of reciprocity measures in Brussels last Thursday.

Road barricades were removed during last weekend, Kosovo special police left the area, KFOR troops will monitor the situation for the next two weeks, and a joint group facilitated by the EU will work towards a solution for the next six months.