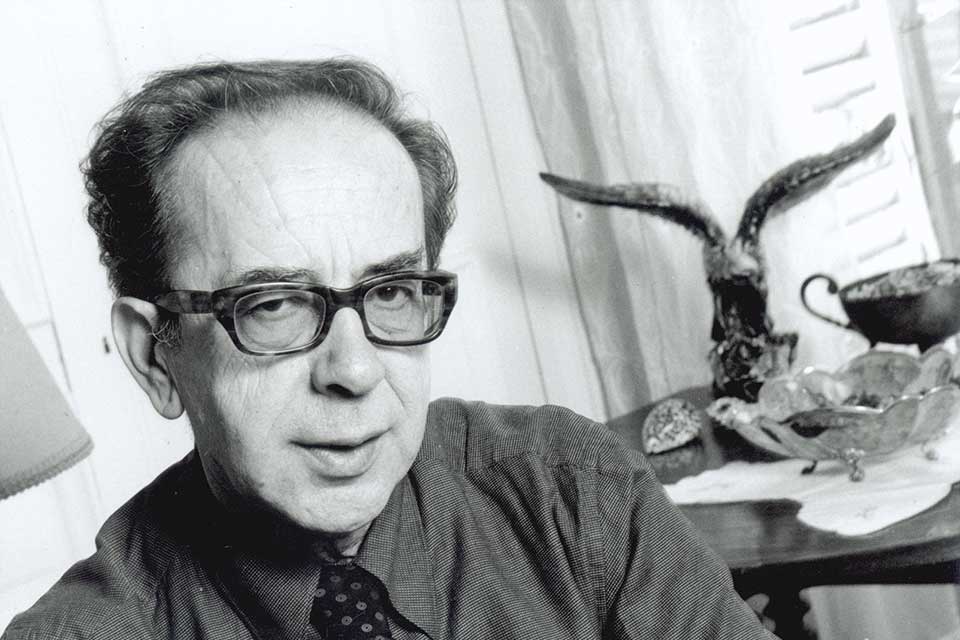 I started my work as a literary editor with Asymptote, a magazine that focuses on literature in English translation. My first job at Asymptote was as Editor-at-Large for Albania: I was meant to scout Albanian literary talent for the journal, and write bi-monthly dispatches on the latest trends and news on Albanian literature. I was almost a year into my tenure when I realized that only one of my dispatches on Albania did not mention Kadare.

It feels impossible to avoid him. Kadare is the only Albanian author speculated as a potential winner for the Nobel in Literature (when the Nobel still meant honour and prestige). He has been recognised with a medal by the French Legion of Honour, won Spain’s Princess of Asturias Award for Literature and more recently the Neustadt International Prize. Kadare is also one of the few Albanian authors to be published in Asymptote. While other Albanian writers struggle to find English translators, Kadare’s book flood the English-language market.

It would perhaps be improper to complain of Kadare’s success and his place in world literature.  He has contributed immensely to the field, writing novels that portray Albanian history from Medieval times to the present, while also producing essays and studies in the field of Albanology. Not to mention the recognition he has brought to Albania abroad, where for many to speak of Albania is inherently to speak of Kadare. But Kadare’s success is unique in Albanian literary history. And with its singularity come certain dangers and drawbacks, common to all national cultures that are represented through the often-homogenous lens of a single figure.

Albanians have a strong knack for self-preservation coupled with a desire for global recognition. A figure like Ismail Kadare is precious to many Albanians for this reason alone: he shines a spotlight on the country and its people through his works and the recognition he receives from literary prizes. Furthermore, there is always a sense of hope hidden behind every one of Kadare’s successes, a belief that he will open the road for more Albanian writers to have their works translated and recognised, especially by the English-speaking public. That was at least the big dream when in 2005 he won the inaugural International Man Booker Prize, and Kadare himself expressed a wish that his works might change how the world views the Balkans. Alas, that has not yet been the case.

While any instinct of Kadare’s for self-preservation is understandable, it also comes at a cost. With all the attention and success, the singularity of Kadare’s position in the world literary canon has made him almost untouchable within Albania. It seems impossible at times to criticise his writing or representation of Albania and Albanian culture. The fear is that as a nation, or rather, as a people, we have so little that even if we are ever dissatisfied with his portrayal of Albanian affairs we should be gentle with our criticism lest we undermine our cultural capital in the global arena.

Most of this is not Kadare’s fault: his writing shouldn’t have to fulfil our personal wishes. Every author, like every person, contains multitudes. And Kadare has proven himself able to capture many aspects of Albanian history with empathy and beauty. But he cannot stretch himself quite so thin, his perspective cannot capture with the same freshness some of the issues that pertain to Albania today, like immigration, violence against women, or poverty. Nor is he able to describe with a new outlook Albania and Albanians as they once were.

To be more precise, in straight jurisdictional terms the population of Albania is about 2.8 million. Yet being Albanian, as an ethnicity, is not relegated to this rather small group of people that happen to hold Albanian citizenship. It is a mantle held, with all the complications that it entails, by a diverse group of people: Albanians in Kosovo, parts of Montenegro, Macedonia, Greece, and even Italy. The Albanian diaspora in all accounts for some five million people that consider themselves Albanian by blood or origin.

Together, these Albanians represent diverse aspects of Albanian history and identity. There is, of course, Ottoman colonialism, largely unexplored in the ways it has shaped our beliefs and our language. Then came the tumultuous search for independence and nation-building in the early twentieth century, and a vertiginous jump to fifty-years of Communism, followed by a collapse so radical, thousands of Albanians performed extreme acts of piracy to get to Italy and Greece in search of fuller and better lives. Not to mention the almost comical scenes that arose in the early 90s as Albania opened itself to the world: there are dozens of stories feeding local myths about people boiling bananas or using shaving cream as one would butter.

This is to say nothing of what being Albanian means to Albanians in Kosovo, victims of one of the most tragic wars Europe has seen in the past thirty years and now citizens of its youngest country. Or the experience of Albanians in Macedonia, or Greece, people who still maintain a strong cultural identity and attachment to the language and their idea of being Albanian while in countries that for the sake of national cohesiveness try to squash any attempts at ethnic diversity. There are so many ways of being Albanian that Kadare—or any single author, for that matter—could not capture on his own.

There are authors who write in Albanian that touch upon these experiences, but very few have been translated into English. Fatos Kongoli’s The Loser (translated by Robert Elsie) goes beyond straightforward descriptions of hardship into the more complex questions of why people who had the chance to escape Communism ultimately decide to stay. Fatos Lubonja’s The False Apocalypse (translated by John Hodgson) is part-novel, part-journalistic account of the 1997 Civil War that followed the collapse of the first post-Communist government in Albania.

But perhaps the most successful Albanian authors belong to its diaspora, and for a number of reasons they do not write in Albanian. For some, like Pajtim Statovci, brought up abroad, they feel more comfortable in their adopted languages. Ornela Vorpsi, on the other hand, has a more idealistic reason for her choice to write in Italian and French, rather than Albanian: she mentions feeling a deeper connection to these languages after living away from Albania for more than twenty years now. It’s all a matter of the heart for her. But many others, including Elvira Dones (writing in Italian) or Bessa Myftiu (writing in French), do so for more practical reasons: writing books in these languages increases their readership as both Italy and France have significantly larger markets than Albania. But also, because it increases their chances of being translated into English.

Regardless of language, these writers do a good job of talking about issues that plague modern Albanian society. Pajtim Statovci’s ambitious debut, My Cat Yugoslavia, translated from the original Finnish by David Hackston, is one such title. Statovci was born in Kosovo but immigrated with his parents to Finland to escape the outbreak of the Kosovo War. Statovci’s novel is successful in the way it shows what it means to be a stranger in a country you consider your home, as well as the misogyny, shame, and violence endemic in Albanian families. My Cat Yugoslavia is told from the perspective of two characters: a Kosovar woman who marries a handsome stranger discovering after that he is not at all what she had expected. Juxtaposed is the story of her youngest son, living as a perpetual immigrant in Finland, who meets a talking cat in a gay bar.

Not quite as extravagant, but just as poignant is The Country Where No One Ever Dies by Ornela Vorpsi written and translated from the Italian by Robert Elsie and Janice Mathie-Heck. The book is a portrayal of the misogyny that permeates Albanian society. Vorpsi takes no prisoners, attacking not merely ‘society’ itself, but the nuclear family and the way it perpetuates violence against girls, where even mothers and grandmothers are complicit, ensuring the cycle of self-deprecation continues through generations.

For a country that ‘boasts’ only one classic female author, Musine Kokalari, it is invigorating to publicise books written by women on the female experience in Albania. In Sworn Virgin by Elvira Dones, written and translated again from the Italian by Clarissa Botsford (Close Approximations runner-up and interviewed on the blog), tackles a subject that is often treated as an exotic rarity by journalists, that of ‘sworn virgins’, women that dress and present themselves like men to represent their families in blood feuds. The main character, Hana, is transformed into one such sworn virgin and forced to reckon not only with the violence now upon her, but also more insidious issues of gender and performance.

There is beauty in this multilingual cohort of writers and the way they break linguistic boundaries to tell their stories and talk about their identities. These works are tied to their Albanian roots, but their local concerns also address issues that are not unique to Albania, including homophobia, exile, and misogyny. So yes, having Kadare as Albania’s only representative deprives Albanians of a more faithful representation of who we are today. But just as importantly, they would deprive global readers of powerful stories that seep beyond the confines of Albania itself.

A version of this piece was originally published in Asymptote.