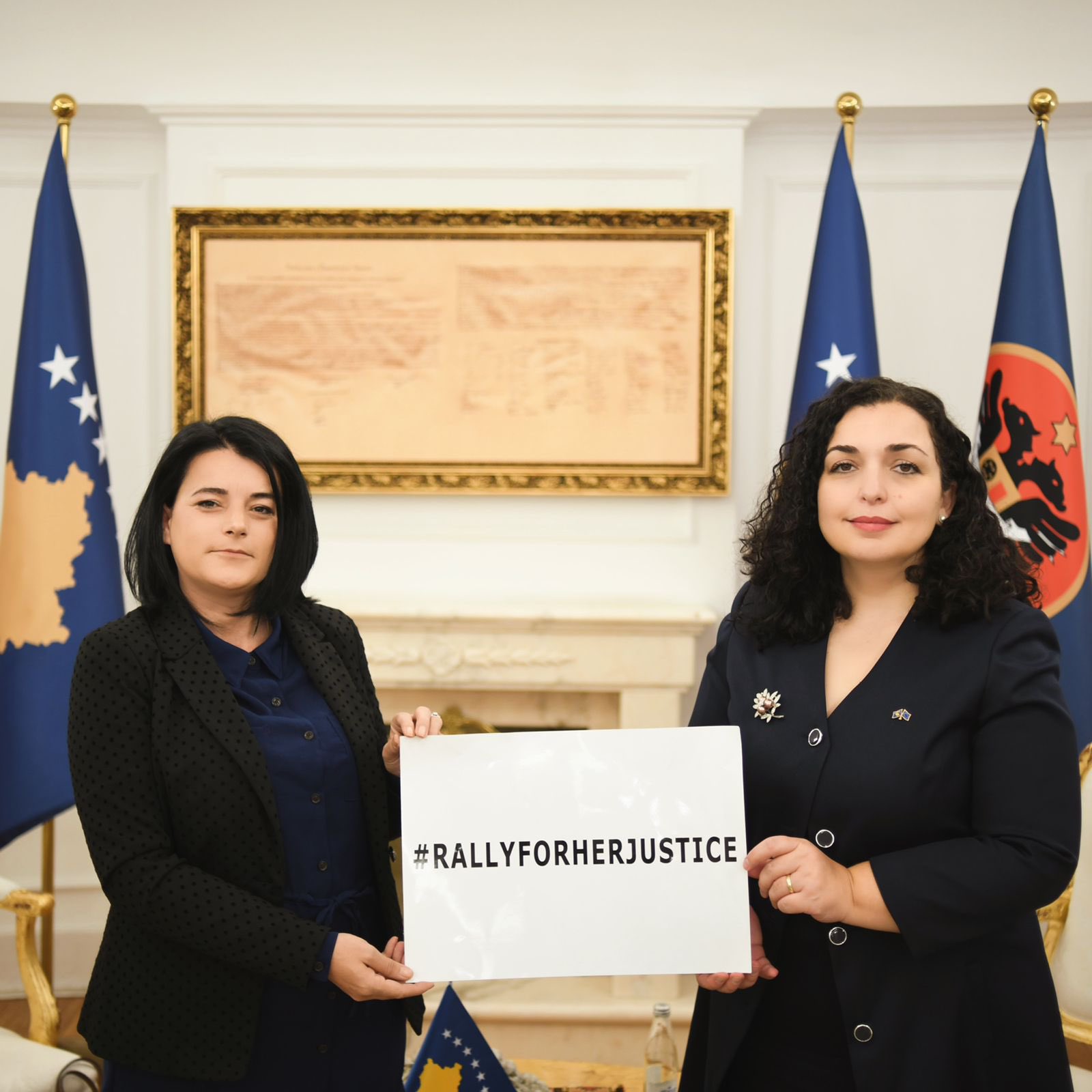 On October 28, a march will be held in New York City to demand justice for the victims and survivors of unpunished Serbian war crimes in Kosovo, Bosnia and Croatia, particularly sexual violence and rape carried out during civil conflicts.

During the Kosovo war, Serbians raped at least 20,000 Albanians, including women, girls, and some men.

Rape survivor Vasfije Krasniqi organized the event under the name of her organization, Rally for Her Justice.

@rallyforher is almost here! If you can’t show up, you can speak up.

I invite you to express your support by posting a #RallyForHerJustice photo.

Krasniqi is one of the few women who has publicly spoken about her ordeal, as much stigma is still attached to it. During the Kosovo-Serbia war between 1998 and 1999, she was living with her family in a small village. When she was just 16 years old, she was kidnapped from her home by a Serbian officer and taken to another town where the officer and another Serb raped her.

In 2012, Prishtina prosecutor’s issued an indictment for her case against Jovica Dejanovic and Djordje Bojkovic. They were accused of war crimes against civilians and rape but were initially acquitted due to legal violations during the investigation phase. They were found guilty and convicted on appeal but were subsequently acquitted and released by the Kosovo Supreme court.

Those monitoring the case said there were “a number of violations in the basic court of Mitrovica” and Krasniqi herself said no lawyer from Kosovo would represent her.

Then in April 2021, Kosovo President Vjosa Osmani declared the day of Krasniqi’s ordeal the national Day of Sexual Violence Survivors.

She lived for some time in the US and has spoken widely about her ordeal while also advocating and supporting survivors of wartime sexual violence. Then, in the 2021 elections, she ran as a candidate of Vetevendosje, and won a seat in parliament.

Join @VasfijeKrasniqi at the #RallyForHerJustice on 10/28 in NYC. Vasfije is a Survivor and Human Rights Activist who has been a mission to advocate for survivors in Kosova and around the world demanding justice for the unpunished crimes during the war in Kosova. pic.twitter.com/cTAixyUTDE