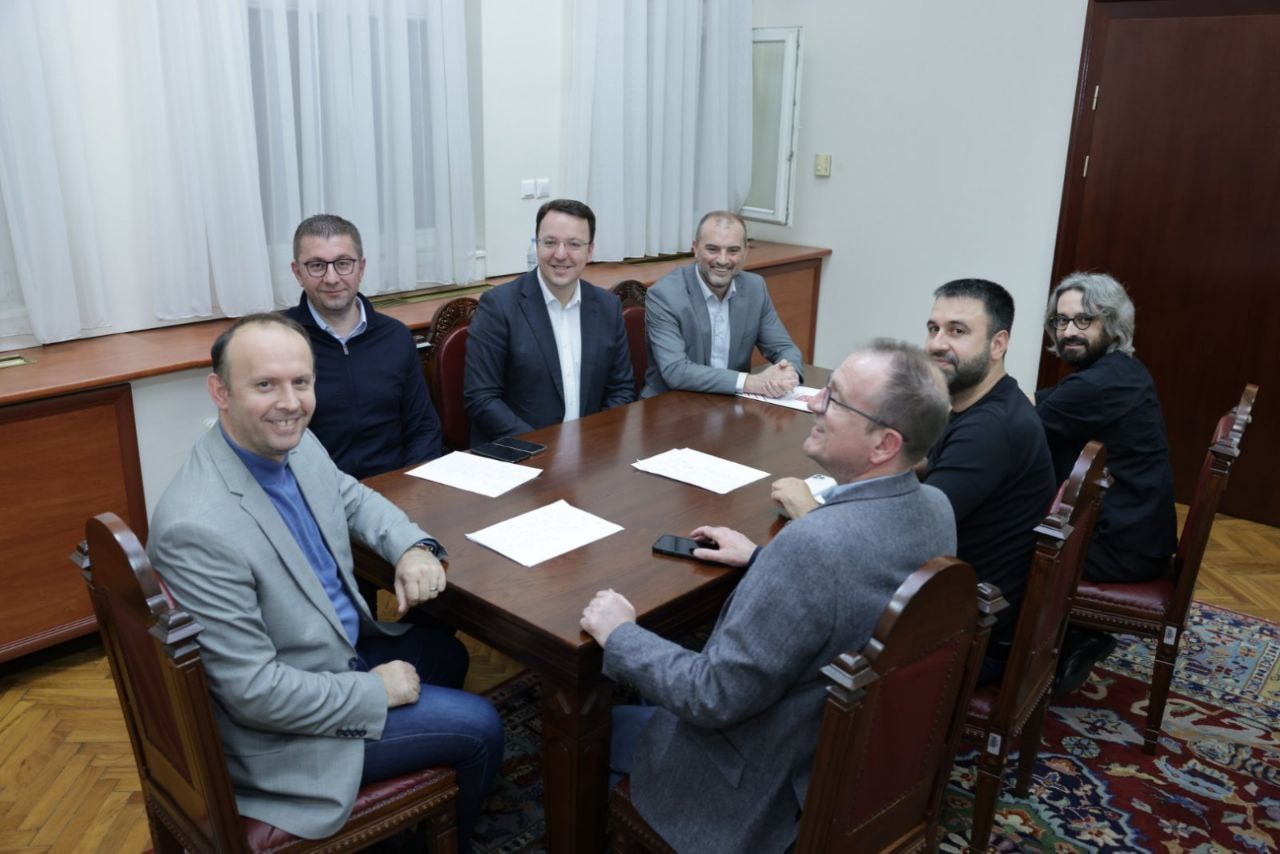 Yesterday evening, VMRO leader Hristijan Mickoski posted on Facebook a picture with leaders of the four parties, announcing “[We] have a new parliamentary majority.”

The Macedonian opposition is seeking to consolidate power less than a week after Prime Minister Zoran Zaev resigned following his party’s crushing defeat in the October local elections.

According to local media reports, Mickoski confirmed the news during a press conference this morning. He also said that if Zaev does not submit his formal resignation to Parliament soon, his party will proceed with a vote of no-confidence.

The new alliance would need at least 61 MPs to form a new government, which Mickoski claims to have.

VMRO’s new alliance will need to be confirmed in Parliament, or may lead to snap elections.