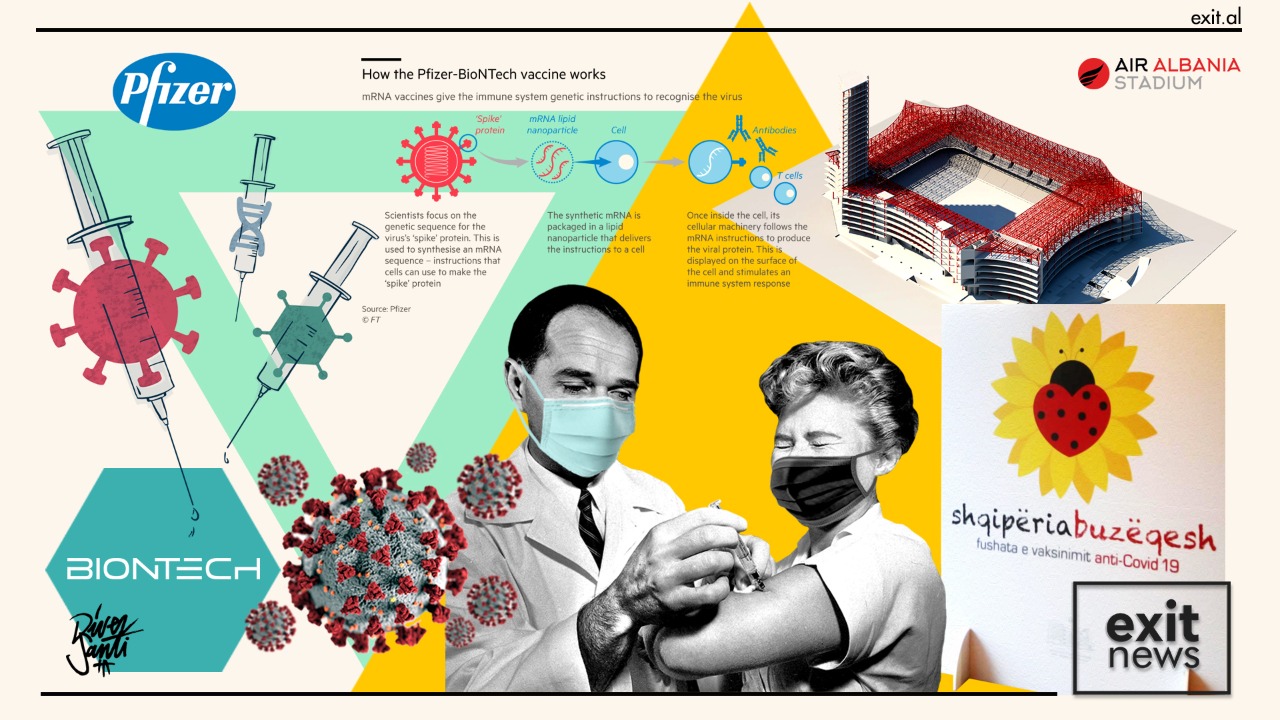 Albania is one of the countries with the lowest vaccination rates in Europe with just 33% of the population fully vaccinated and 37% with one dose, according to Our World in Data.

Since vaccination started in January 2021, the vaccination rate has decreased overall. Furthermore, Albania remains below the global average of 53% having had the first dose.

It is sixth from the bottom out of the whole European continent when it comes to vaccination rates. Only Moldova, Bulgaria, Bosnia and Herzegovina, Ukraine and Belarus fare worse. Top of the list is Malta, followed by Iceland, the UK, Spain and Portugal.

Vaccine hesitancy in Albania and throughout many other Balkan and Eastern European countries is fuelled by disinformation, fake news, and a distrust of the state. It is further exacerbated by a lack of coordinated campaigns to instill trust in the process.

Much of Western Europe is in or heading into lockdown as hospitals struggle to contain the fall out of the fourth wave. Most states have reported that the vast majority of deaths and hospitalisations are those that are not vaccinated.

Analysis: Ex-Communist Countries and Their Chronic Distrust of Vaccines

Some governments have responded by rolling out measures and lockdowns for unvaccinated people, while gatekeeping access to shops, restaurants, and other facilities through the use of COVID-19 passes.

Countries with the highest death rates include Bulgaria, Latvia and Romania. In Bulgaria the death rate is 22.8 deaths per 1 million while in the EU on average, it is just 3.

All countries with a high death rate have lagged behind with vaccination rates. Only 23% of Bulgarians and 34% of Romanians are fully vaccinated. 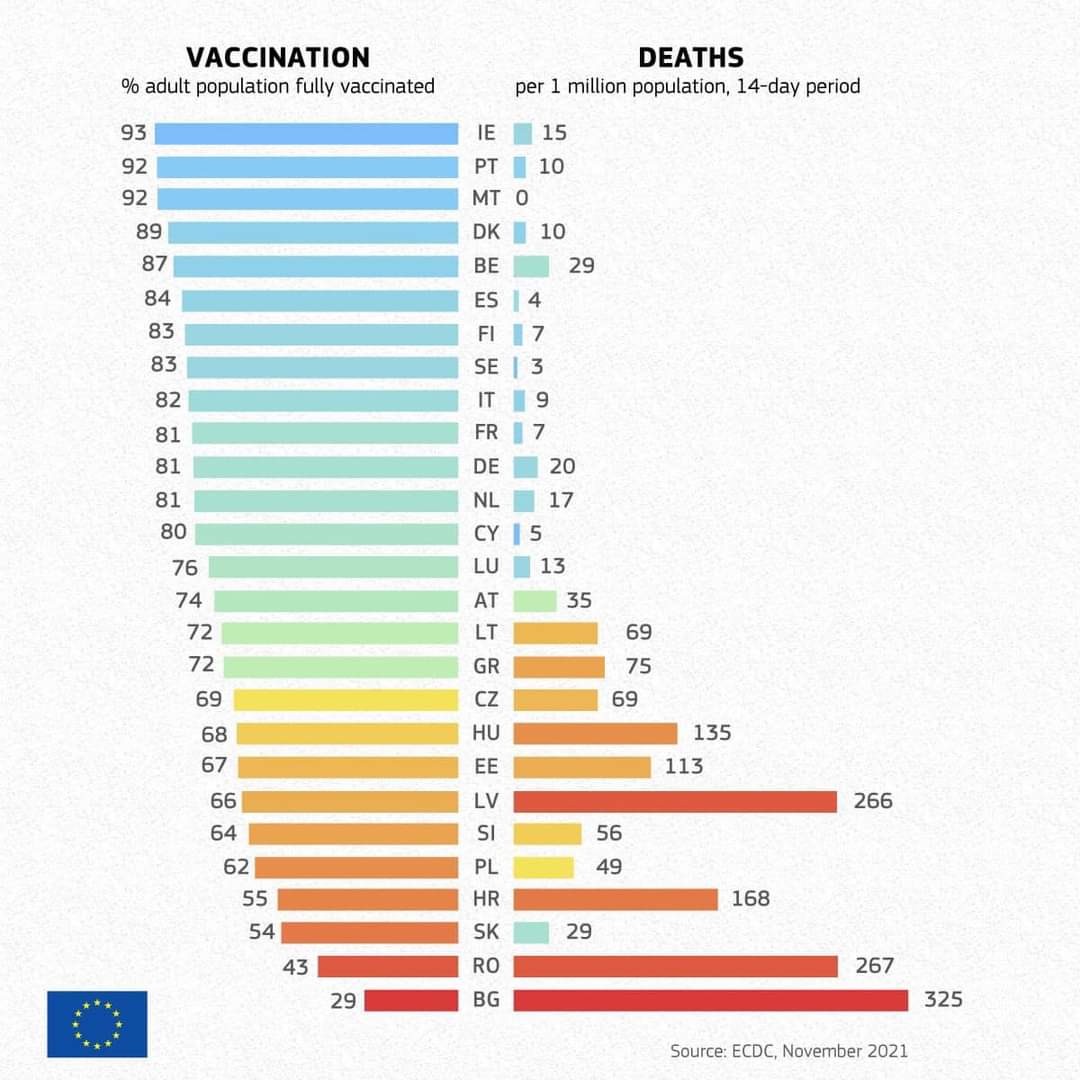 The European Commission recently published a graph of European Union countries, which shows that the higher the vaccination rate, the lower the death rate. “People who have been fully vaccinated are less likely to die from COVID-19 than those who have not been vaccinated,” the chart reads.

Confirmed cases remain relatively low at the moment, but this is likely due to a significant shortfall in the number of tests being carried out.