Albanian Prime Minister Says He Would Vote For Unification with Kosovo 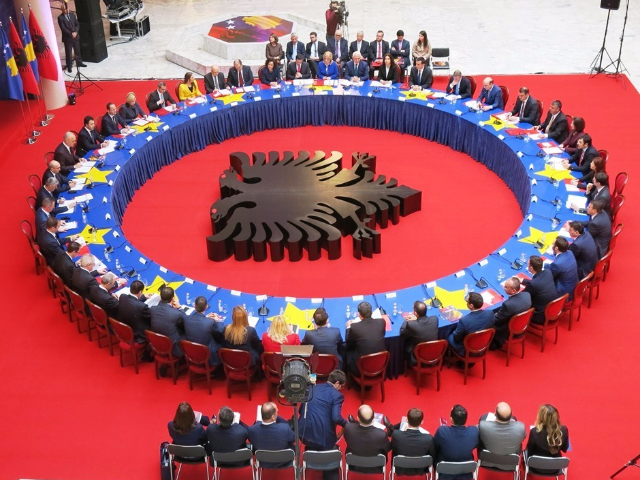 Albanian Prime Minister Edi Rama said that he would vote in favor of Albania’s unification with Kosovo, should there be a referendum on the matter.

On Friday, Rama and Kosovo Prime Minister Albin Kurti and their respective governments met in Elbasan to sign a number of agreements.

Asked by journalists about a potential unification between Albania and Kosovo, Rama responded that he would vote in favor of unification. However, Rama also said that while he expects such a referendum to take place in the future, he didn’t know when or how it would happen.

On the other hand, Kurti said that a referendum on the unification of Albania and Kosovo is part of a long historical process beyond his government’s control.

Nevertheless, Kurti told Monocle, a British magazine, that if a democratic referendum were organized on the matter, he also would vote for unification.

His declaration drew criticism by Serbian leaders, with Serbian Prime Minister Ana Brnabic calling it “another stone in undermining the foundations of regional stability and security.”

Meanwhile, a survey conducted by Euronews Albania showed that 80% of Albanian citizens are for the unification.