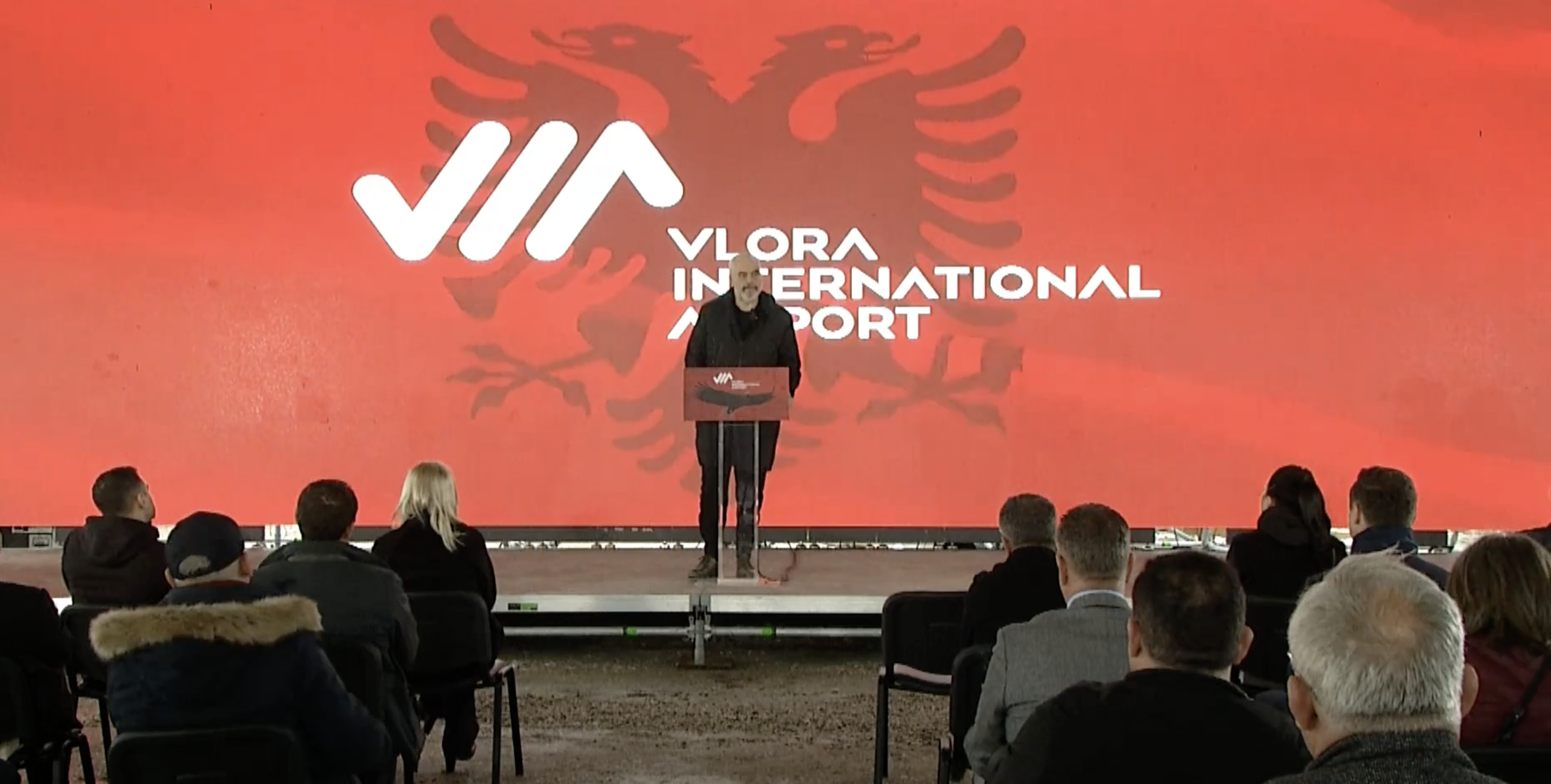 Prime Minister Edi Rama broke the ground on the Vlora International Airport, a new airport on the southern Albanian Riviera.

The airport will be built through a 35 year BOT concession by an international consortium, including Mabatex Group (50%), owned by Behgjet Pacolli, Kosovo’s richest businessman and former Minister of Foreign Affairs, and the Turkish YDA Group (48%).

The investment would cost about 103 million Euros and will take about three years to complete.

The economic feasibility of the airport has been questioned by many, as the new airport will be only 100 km from the Tirana International Airport, in a country with a population of 2,8 million and only 13-billion-euro economy.

However, the investor is guaranteed the return on investment, because the contract provides for “revenue guarantee”—up to 138 million euros from the public budget will be paid to the investor over a 10 year period if the investment fails or the operation is not profitable.

The airport’s construction in the Narta Lagoon, a protected area, has also raised concerns due to the threat the airport presents to the environment, the habitat, and the existence of migratory birds.