€700 Million of EU Funds for Rule of Law in Western Balkans, “Ineffective” and “Not Successful” 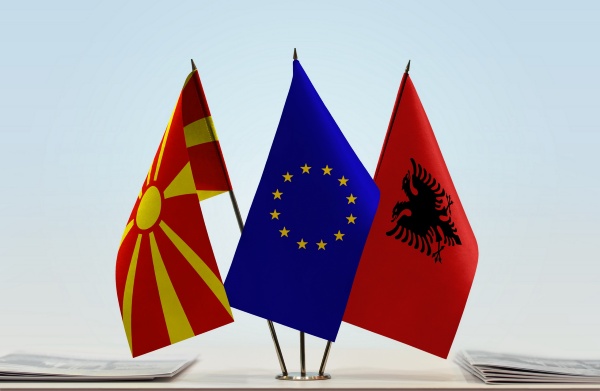 More than €700 million in EU funds pumped into the Western Balkans to combat the rule of law issues has been ineffective due to lack of political will and lackluster EU projects, according to a European Court of Auditors report.

The report, published on Monday, was completed by the European Commission’s oversight agency and said that EU rule of law programmes had little effect and influence in candidate countries, including Albania.

“EU support for the rule of law in the Western Balkans has clearly not been successful in bringing about change,” said a member of the court of auditors, Juhan Parts, in a press release.

It noted that it was not just the EU at fault, but also “insufficient political will and lack of commitment” by local governments, which has led to EU support being “generally insufficient to combat problems in areas such as the independence of the justice system, the concentration of power, political interference, and corruption.”

The EU has spent more than €700 million between 2014 and 2020 in the region,  €134 million of which has been spent in Albania. Nonetheless, the measures taken by the EU to address issues such as weak administrative capacity and lack of political will from politicians are “too few and often ineffective.”

The auditors criticised the Commission for “inconsistent application of preconditions for financing and implementation of projects” and added that Brussels has “rarely used the possibility of suspension of aid in case the beneficiary fails to respect the basic principles of democracy, the rule of law, and respect for human rights.”

Furthermore, it found that they often failed to measure outcomes in terms of EU-led projects and “few projects are likely to be sustainable.” This lack of sustainability means that money pumped into EU-led projects is de facto wasted if it does not lead to lasting change.

Progress made over the last two decades has been “modest”, which in turn threatens the sustainability of support the EU has provided during the accession process.

“Ongoing reforms lose credibility if they do not yield tangible results,” it continued.

The report referred to several indicators such as reports from Freedom House and Reporters Without Borders which noted that Albania, along with Serbia and Montenegro, had not improved in the area of freedom of expression but had declined. Albania’s latest progress report skirts over this issue and says that more work needs to be done.

In terms of judicial independence, the report notes that while Albania has made the most progress overall, the slow pace of the vetting and the disruption it caused has “affected public support for judicial reforms because of an increasing backlog of cases, and risks undermining their perceived legitimacy.”

The EU has cautioned Kosovo against undertaking a similar judicial reform while still supporting Albania’s.

In terms of civil society, Albanian CSOs reported their recommendations, if they are consulted at all, are often ignored in the final versions of documents. They voiced a wish to strengthen collaboration with EU delegations and to have the ability to monitor reform and any outcomes.

In conclusion, the report notes that “EU action has contributed to reforms in technical areas such as the efficiency of the judiciary and development of relevant legislation, but in a context of insufficient political will, it has limited overall impact in advancing fundamental rule of law reforms in the region.”

Furthermore, Albania and North Macedonia have experienced “limited progress in the rule of law” and fundamental problems remain in judicial independence, concentration of power, corruption, and political interference.

They called on the Commission to strengthen the mechanisms for promoting rule of law reforms in the enlargement process such as strategic targets with final impact indicators. Secondly, they said civil society should be engaged in rule of law reforms and media independence through long term financial support. Thirdly, conditionality should be used when disbursing EU funds and it should be pegged against progress in the rule of law, even for non-rule of law-related beneficiaries.