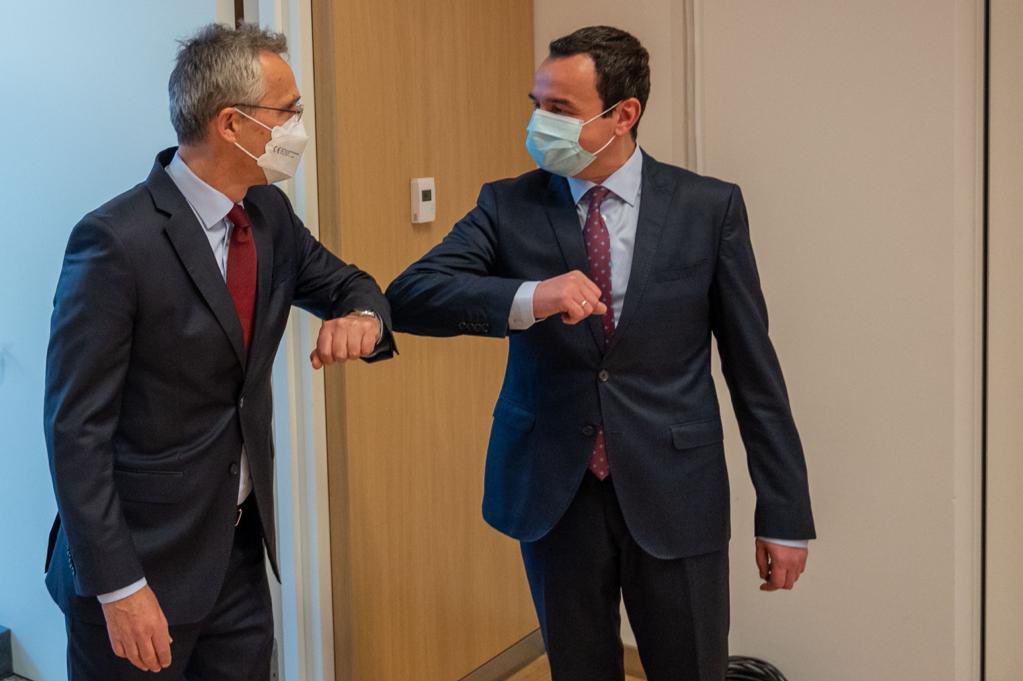 The Secretary General of NATO, Jens Stoltenberg, has asked Kosovo and Serbia to avoid unilateral actions and engage constructively in dialogue.

In an interview with Montenegrin media, Stoltenberg said that KFOR is closely monitoring the situation and is ready to intervene if stability is threatened.

“All parties must remain calm, avoid unilateral actions and engage constructively in dialogue with EU mediation. In accordance with its mandate, the KFOR mission is closely monitoring the situation and is ready to intervene if stability is threatened,” Stoltenberg said.

He did not note the fact that Serbia has enforced unilateral measures on Kosovo for years in defiance of multiple signed agreements.

Stoltenberg added that NATO’s mission is to provide a safe environment and freedom of movement for all people in Kosovo.

Originally due to be in force from Monday, Kosovo leadership said it will postpone the rollout until 1 September after having “held contact and meetings with American and European international factors.”

Following a bloody war between 1998 and 1999 which saw thousands of ethnic Albanians killed, raped and injured, and 1.5 million displaced, Kosovo declared independence from Serbia in 2008. Despite this, 50,000 Serbs living in the country’s north still use license plates and documents from Belgrade, refusing to recognise institutions in Pristina.

Prime Minister Albin Kurti announced that as of 1 August, Serbs would have 60 days to get Kosovo license plates and that all citizens from Serbia visiting Kosovo would need an extra document at the border to permit them to enter.

Despite Belgrade having the exact requirements for Kosovo, the news did not go down well. Shots were fired at police on Sunday, and several Albanians reported being assaulted and their cars attacked in the tense northern region.

Kosovo Steps Back from Reciprocal Measures With Serbia