Albanian Communities Are Fighting Hydropower and They Are Winning 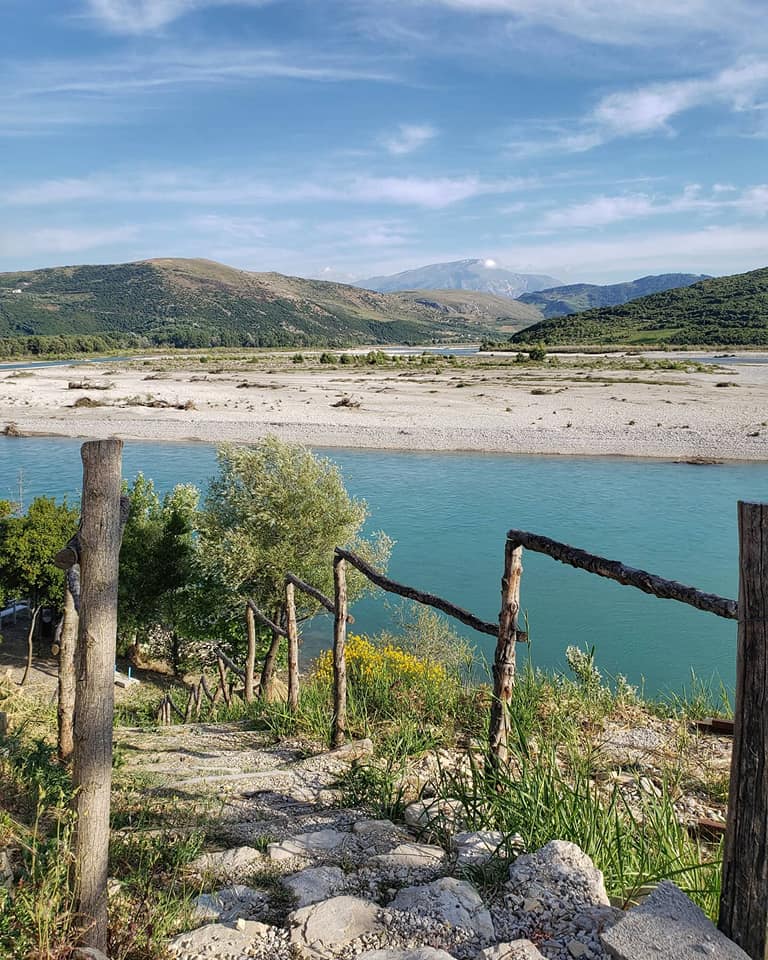 As the rest of Europe struggles to agree on or implement a meaningful transition to renewable energy, Albania, where hydropower plants produce almost 100% of power, is facing its own issues. Communities impacted by the building of plants are fighting back, and they are winning.

In less than six months, Albanian courts have slammed the breaks on three hydropower projects in the country. Each suspension came from pressure from citizens who said the projects would destroy their culture, livelihood, and the local environment.

“Ceasing the operations of HPPs is crucial to protecting and preserving the river’s natural flow and preventing the potentially catastrophic effect on habitats and flora and fauna,” said Catherine Bohne, Director of TOKA, an NGO that brought several court cases against HPP companies in Valbona.

She added, “the battle is far from over”, but said they would continue to fight with all legal means necessary.

Albania’s reliance on hydropower started during its almost-50 year communist rule. Obedient workers were tasked with building several hydropower plants throughout the country as a part of dictator Enver Hoxha’s drive for self-sufficiency.

Today, almost all of the country’s energy is produced through hydropower. But as Albania cannot store it, power is sold during peak production times (spring and summer), meaning fossil fuel energy must be bought at a premium during the winter months.

Furthermore, changes in the region’s climate have led to warnings that hydropower is not mid or long-term sustainable. Less snow, less rain, and longer, warmer summers mean less water in Albanian rivers. Already, power production ranges between 6000 GWh to less than 3000 GHw and climate change could see a further decrease of up to 20% by 2050.

Last year, the International Renewable Energy Agency report on Albania said hydropower does not create appropriate levels of energy security, and the situation will further deteriorate. Instead, they put forward wind and solar energy as a preferred method due to Albania enjoying some of the highest sunshine hours in the region.

Yet, despite this, the government is pressing ahead with hydropower projects including many in National Parks and protected areas. It currently has around 170 dams and over 300 plants in various stages of completion.

The situation in Valbona

The Valbona River is located in Tropoje, one of Europe’s poorest regions, in the far north of the country. Many residents have emigrated, but those that remain are dependent on agriculture and the promise of tourism A local company, Genr 2 won state concessions to build HPPs along the river.

The entire process has been mired in alleged corruption with local residents claiming in court the names of dead relatives were used on documents claiming to show support for the project. Others found their names had been used without their permission.

A number of court cases were filed by TOKA against the companies involved, citing a lack of proper impact assessments, threats against those opposing their construction, and the fact that such constructions should not take place in a National Park.

In July, Albania’s High Court ruled that the operation of two plants must be suspended while the Administrative Court decides if they were built illegally or not. A local bailiff reportedly refused to execute the court decision, resulting in a bailiff from a neighbouring area being drafted in. He ensured both plants were non-operational on Monday, 8 November.

But Bohne says that the battle is not over as the plants, which are operated remotely, can become operational with a flick of a switch. If this happens, she said she would not hesitate in criminally prosecuting the companies involved.

During the same week that saw Valbona’s HPPs grind to a halt, the Tirana Court of Appeals upheld the revocation of a license to construct HPPs in the Zall-Gjocaj protected area in the north.

Residents have been protesting against the proposed plants for several years, claiming their livelihood, homes, and agricultural activities were at stake. Not only this, but they were adamant that the area, which includes parts of the Lura Mali e Dejes National Park must remain intact.

Resident Dhimiter Koleci said, “Excuse me for my emotions; it is unbelievable. It is a great joy; the sweat of three years has given a positive decision. The river in the Zall Gjocaj National Park will flow freely!”

Not only have they blocked construction, but they have filed complaints against the companies and government officials in the special anti-corruption court, citing abuse of office, forgery of documents, and construction in a protected area. The case is currently ongoing.

One of the most famous anti-HPP campaigns has been that of the Vjosa National Park. Several HPPs are planned along its length, sparking fury from environmental activists as the river is the last ‘wild’, untouched river in Europe.

Along with tens of powerplants, Shell has been exploring for oil along its banks, and an airport and luxury hotels are planned for another section. This resulted in a significant reaction from NGOs both locally and internationally, including international brand Patagonia, and movie star Leonardo di Caprio.

Images of white sheets spelling out “Vjosa National Park now” have appeared all over the world, from Sydney to Paris, and di Caprio has publicly called for an end to HPPs on the river, on multiple occasions.

Activists are calling for the entire Vjosa River, stretching 272km, to be made a National Park. This would not only prevent any HPPs from being constructed, but it would turn the region into a European-first, bringing ample touristic opportunity. The government however has designated parts of the river as a ‘protected area’, which it claims is enough.

But the reality is that this leaves it open for development. This is likely due to contracts already negotiated for the airport and luxury hotels, and a multi-million euro contract with Shell that was signed in 2018.

CEO of Patagonia, Ryan Gellert told EURACTIV partner Exit News in an interview that hydropower is antiquated technology and should not be considered renewable.

For now, the Vjosa is safe as locals won a court case to halt construction of the Kalivac dam which would operate on a tributary of the Vjosa.

Olsi Nika, a Biologist for EcoAlbania, welcome the news, stating that the Court’s decision “represents another message to the [Albanian] government that it must once and for all give up on building hydroelectric power plants and declare the Vjosa Valley a National Park as soon as possible.”

But it is not just in Albania where resistance against hydropower is growing. In Bosnia and Herzegovina, a group of local women prevented the construction of plants on the Kruscica River. In Kosovo, the Supreme Court shut down three HPPs operated by Austrian company Kelag, pending a final court decision over environmental risk assessments.

In Europe, the WWF is running a campaign to stop public subsidies on hydropower projects. They claim that dams reduce freshwater biodiversity by 80% and migratory fish populations by 55%.

With more than 8000 plants planned across the continent, they have called on the European Commission to halt taxpayer funding for such projects, due to the damage it inflicts. They also call for a cessation of all hydropower developments and for the money to be spent on “low cost, low carbon, low-impact alternatives” such as wind and solar.

Meanwhile, the EU delegation to Albania told Exit.al that environmental standards must be respected and “investments in hydropower should strictly comply with national and international environmental, nature protection, and water management obligations” and “include high-quality assessments of the cumulative impacts on nature and biodiversity.”

This seems like a cop-out approach as many sources which state hydropower is unsustainable, not green, and incredibly damaging to culture, human development, and the environment are being ignored.

Meanwhile, local communities in the Balkans will continue to fight back, but for how long they can sustain their wins against big businesses remains to be seen, especially in the context of non-committal EU support.

Published in collaboration with partner EURACTIV.com