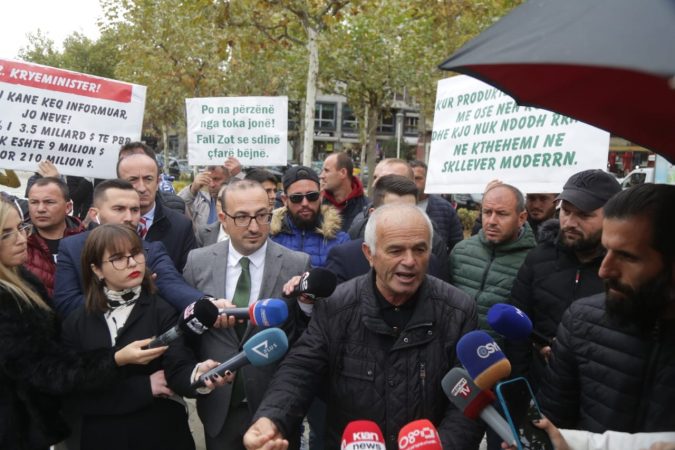 On Thursday, dozens of farmers gathered in front of Parliament in Tirana, to protest the 2022 Fiscal Budget. During their protest, they called on Albanian MPs to help them as many are on the brink of bankruptcy.

Some protesters who confronted Prime Minister Rama as he entered the building were invited by his latter for a discussion.

Following the impromptu meeting, the head of the Albanian Farmers Association told media that the Prime Minister had promised to facilitate discussions between farmers and government experts to discuss their problems.

“We think that the government doesn’t know the real issues that farmers face. 30% of farmers have not bought seeds [for the next season], because we’ve had three failed seasons, since the government didn’t tell us what the market needed,” he said.

Albanian farmers have staged several protests to challenge the government’s decision to remove agricultural subsidies from the 2022 budget.

During a protest in Lushnja last week, farmers issued a series of requests, including demands for lower VAT rates and an increase in subsidies.

In 2020, almost 20% of Albania’s GDP came from agriculture. Furthermore, for many agricultural activities are the only source of sustenance and income.