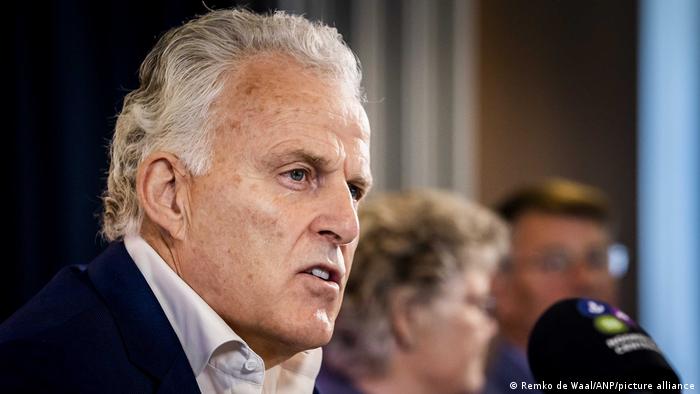 The Dutch Embassy in Tirana reacted to the attempted assassination of Dutch journalist Peter R. de Vries yesterday in Amsterdam.

Outgoing Ambassador Guusje Korthals Altes remarked that it’s an extremely sad day and that “an attack on a journalist is an attack on our society.” She added that all journalists should be able to report and work in complete freedom and that yesterday’s event means that “this freedom has been severely affected.”

Altes continued that the investigation into who attempted to kill him is ongoing, noting that “the police and Ministry of Justice will do everything in their power to uncover all the facts and bring the perpetrators to justice.”

De Vries was sprayed with bullets after he left the building of RTL, the Dutch national broadcaster yesterday. Famous for his investigations into organized crime and corruption, he was a guest on a television show.

Suffering gunshot wounds to the head and chest, he was rushed to the hospital where he is fighting for his life.

Europe is suffering from a speight of serious attacks against journalists. Earlier this year, Greek journalist Giorgog Karaivaz was shot outside his home in Athens. The case is still unsolved. In 2018, Bulgarian journalist Victoria Marinova was raped and murdered. The police convicted a young man and claimed it was nothing to do with her professional work although she was about to launch a TV expose into serious corruption.

In February 2018, Slovakian journalist Jan Kuciak and his girlfriend Marina Kursionva were murdered near Bratislava. Those who carried out the murder are behind bars, but the mastermind, believed to be businessman Marian Kocner, is awaiting a retrial.

In October 2017, Maltese investigative journalist Daphne Caruana Galizia was assassinated with a car bomb just meters from her home. She was single-handedly investigating government corruption, crime, and nepotism. No one has yet been convicted of carrying out the murder or giving the orders.

In Albania, the home of investigative journalist Klodiana Lala was sprayed with machine-gun fire in 2018. Police said it was due to a family conflict and nothing to do with her work, something the family denies. No one has ever been charged with the attack which took place while her two children were inside.

Then at the end of 2020, a bomb was detonated outside the house of journalist Elidon Ndreka. Despite police promising to apprehend the attacker, no arrests have been made to date.