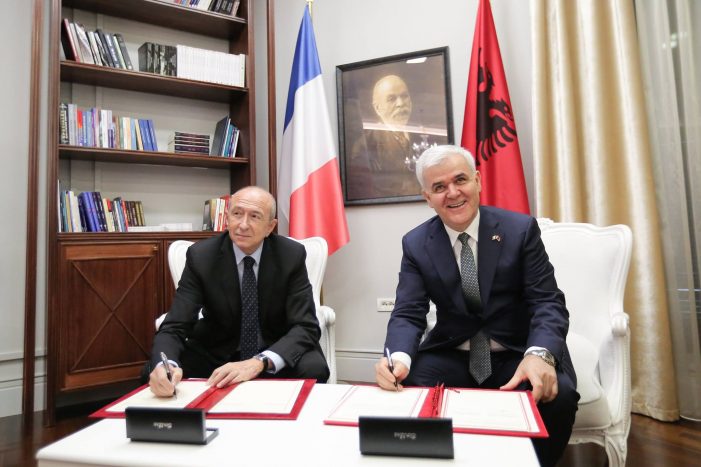 On Friday, French Minister of Interior Gérard Collomb arrived in Tirana for a two-day visit, with the intention of pressuring the Albanian government to put a stop to the influx of Albanian illegal immigrants and asylum seekers in France. One of his proposals would be the stationing of French police officers as Albanian borders to improve the control of possible emigrants to France.

As French newspaper Le Figaro reported a few months ago, Albanians are currently the largest group of asylum seekers in France, including a large contingent of unaccompanied minors. In 2016, 7,432 Albanians requested asylum in France, while in the first 9 months of 2017 already 7,000 applications were registered. The number of Albanian nationals in French jails is currently 5 times higher than in 2011

According to French diplomatic sources, Minister Collomb has told his Albanian counterpart that if the current situation doesn’t improve, it will not allow the opening of EU accession negotiations and may advocate a return of the Schengen visa regime.