Government Has Money for Dysfunctional Concession Holder, But Not for Cancer Medication 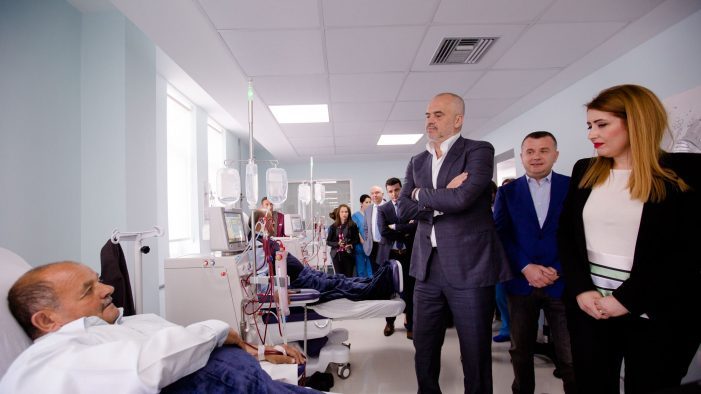 The priorities of the Rama government – providing for a small group of oligarchs while ignoring the plights of ordinary people – are becoming ever more clear. Two days ago, a woman from Rrëshen told the Prime Minister that already for a long time the oncological hospital no longer has any medication against cancer, which is vital for cancer patients.

Prime Minister Rama’s answer to worries of the woman was that there were not enough funds and that it was impossible to pay for the medication:

This is an issue of the fund and certainly our possibilities are not unlimited. We are talking about a very expensive cure.

At the same time, the Rama government spends large sums of money to concession holders, even if they haven’t started their work yet.

Just a few weeks ago, on December 19, 2017, the state paid €820,000 to Integrated Technology Waste Treatment, which is supposed to build an incinerator in Fier. Over the entirety of 2017, this company has received €5.8 million in total for work that has not even started and is not expected to start in the near future.

Another example are the healthcare concessions, such as the “free check-up.” The concession holder of this service has been paid nearly double for a service which has only profited half of the citizens it was expected serve. According to an investigation by BIRN, only 244,000 citizens received this service, while the contract, which was kept secret by the Albanian government, covered 475,000 persons.