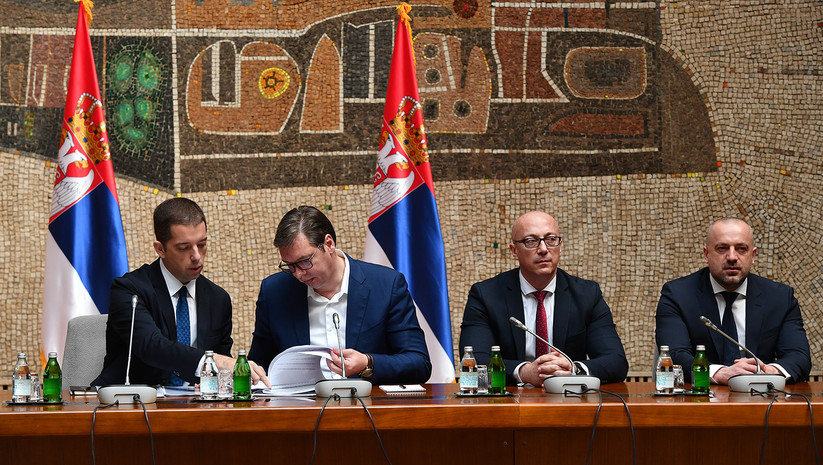 The mayors of four Serb-majority towns in the north of Kosovo have refused a proposal by the NATO-led Kosovo Mission (KFOR) for its troops to replace special police forces who have been overseeing order in the two roads blocked by Serbs for 10 days now.

Serbia has been calling for Kosovo to withdraw its special police force from the north of the country.

The Kosovo government deployed a number of police a week ago to assure order after Serbs blocked roads leading to border checkpoints over a 5-euro tax on Serbian-licensed cars entering the country. Serbia has been applying the same tax on Kosovo for 10 years.

Prime minister Albin Kurti said special forces would immediately withdraw once roads are free and movement is restored. No incident was registered in 10 days, despite attempts by the Serbian media and government to misinform the public to the contrary, namely Kosovo police beating Serbs.

President Aleksandar Vucic of Serbia urged Serbs in Kosovo’s north to keep roads blocked. He also ordered the deployment of military vehicles to the border, fighter jets flying next to the border, and gave NATO a 24-hour ultimatum in case the latter fails to protect the allegedly threatened Serbs.

However, Vucic refused repeated proposals for a solution involving the withdrawal of Kosovo special police, despite this being Serbia’s main demand before it sat in talks. Vucic’s refusal was also supported by an official refusal of the four Kosovo Serb mayors.

In a press statement published on Tuesday by the Belgrade-controlled Srpska Lista party, the mayors said they consulted the KFOR proposal with Kosovo Serb citizens and unanimously decided to reject it, due to incompatibility with European values.

“In consultation with our citizens we unanimously rejected this proposal. Our people and us, its representatives, are not ready to agree with Prishtina’s intention to put us in a ghetto and abolish the right to freedom of movement, which is the value of modern Europe since decades back, and which would have to apply to Serbs in these areas,” they stated.

A number of Serbs backed by Belgrade and Lista Srpska politicians have blocked free movement in the area for 10 days.

The mayors said they want the unconditional withdrawal of police forces, not accepting their replacement by KFOR troops.

The negotiating teams of both countries are meeting in Brussels today to discuss concrete solutions.