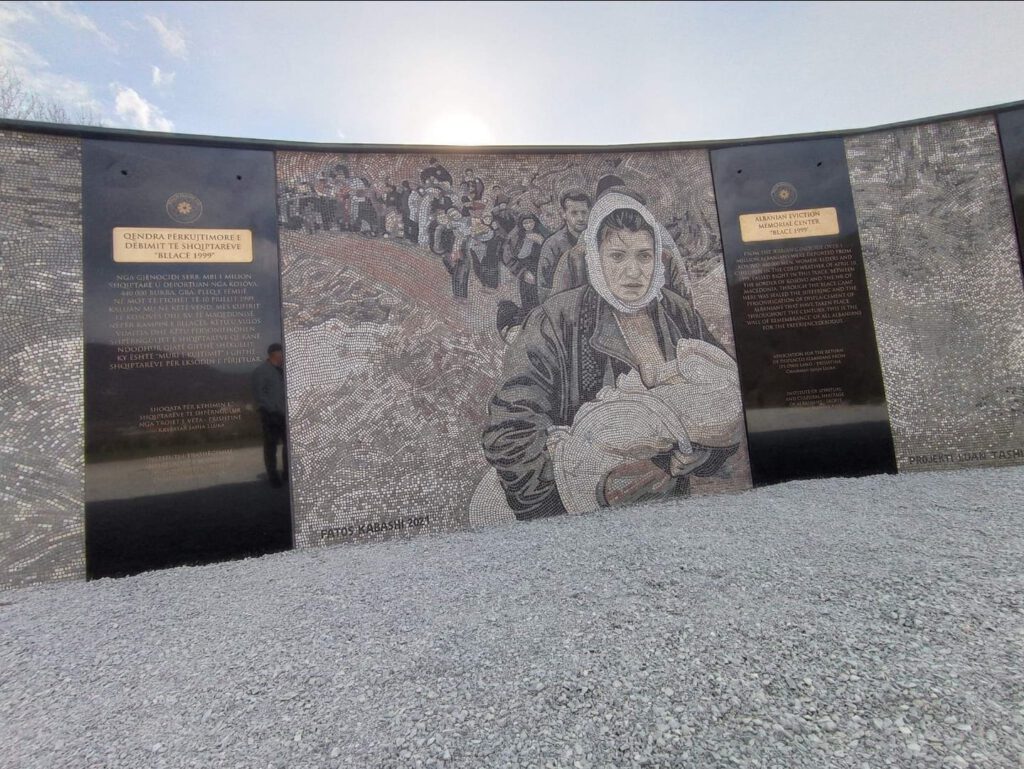 Kosovo has unveiled a memorial wall commemorating the over 1 million was refugees, more than half of the population, that fled Serbia’s massacres in the country in 1999.

The wall contains a mosaic of one of the most iconic photos of the expulsion, showing a woman breastfeeding her daughter while making her way from Kosovo to Macedonia ahead of thousands of other refugees. It appeared on the cover of the Time magazine. 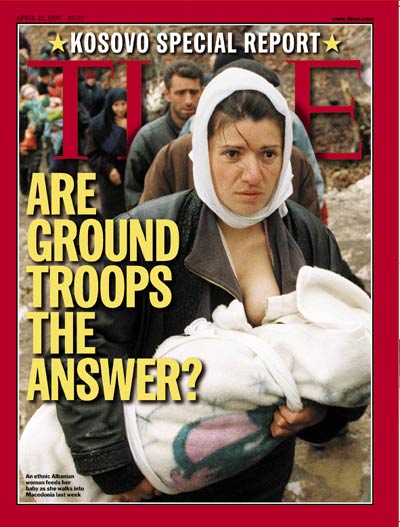 The woman, Sherife Luta, now 43, attended the ceremony together with her now 22-year-old girl, Besa Luta.

About half a million Albanians fled Kosovo to Macedonia during the few weeks of amassing massacres by Serbian troops before and during NATO bombings from March 1999.

In total, more than 1.2 million Albanian fled Kosovo during that time, mostly to Albanian and Macedonia.

The memorial wall was raised in Elez Han, at the border with Macedonia. It was authored by Fatos Kabashi, and it is about 15m long and 2.7m high.

It also includes a quote by the then-US President Bill Clinton: “Kosovar Albanian refugees  in trains and buses arrived in Macedonia, exhausted, hungry, shaken, all by the violence and abuse they experienced on the way. Nearly 1.5 million civilians have been displaced since the start of the crisis.”

Serbian troops killed thousands of civilians in Kosovo during the 1998-1999 war in Kosovo. More than 1,600 people are still missing 22 years later.

Local officials called on the Kosovo government to sue Serbia in international courts for the genocide committed against Kosovo civilians. 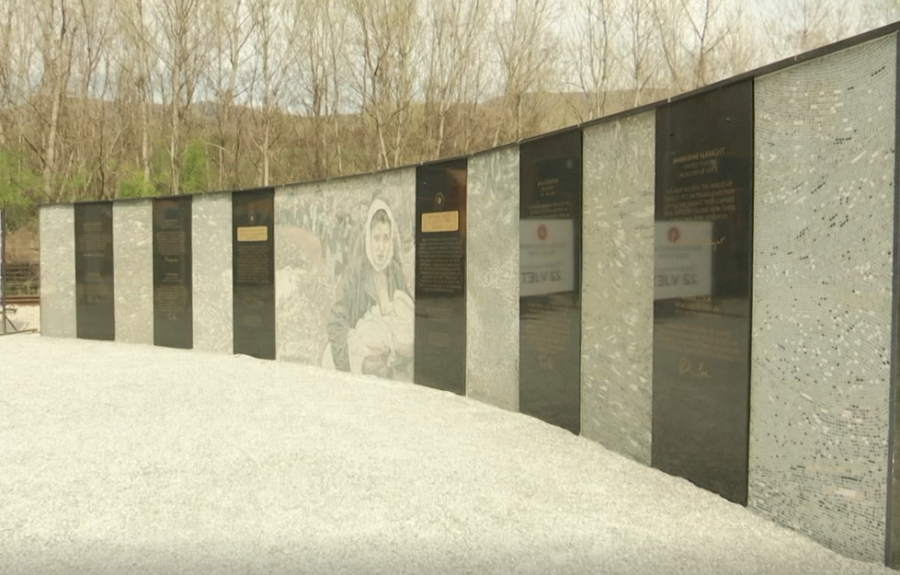