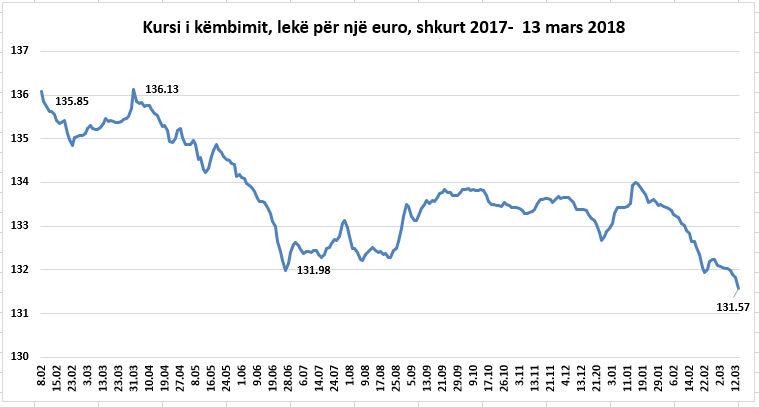 During the last 20 days, the local lek has appreciated in relation to the European euro. the exchange rate for the latter has fallen, reaching levels even lower than during the general election in 2017, when a large amount of euros entered the market.

According to experts, some of the causes are:

– Large cash amounts of the foreign currency present in the local market, mainly euro but US dollars as well.

– Low internal market circulation for the lek, as a result of shrinking consumption and the market in general.

– Low interest rates for deposits in euro in secondary banks, as a result of de-euroization policies enforced by the Central Bank, which raised its reserve requirements for euro deposits

– Decreased numbers of foreign dividends, that, at this time, tend to buy euro to transfer their funds overseas.

It is obvious that the many new construction project appearing everywhere in Tirana, worth tens of millions of euros in investment value, yet without loans, are heavily influencing the state of Lek and foreign currency, highlighting one of the many abnormalities of the Albanian economic and legal system.