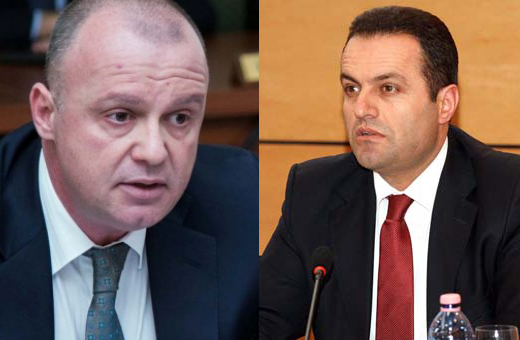 Yesterday, the Court of First Instance in Tirana declared a series of decisions to seize of all the wealth declarations of high state officials and the central server of the High Inspectorate of the Declaration and Control of Wealth and Conflict of Interests (ILDKPKI) by the Prosecution of Tirana unlawful.

On November 7, under the direction of General Prosecutor Adriatik Llalla, officers of the court police confiscated all dossiers containing the wealth declarations of high state officials, created from the moment that Shkëlqim Ganaj had been nominated as chief inspector of the ILDKPKI.

The Prosecution had ordered the confiscation under the suspicion of official misconduct, considering the fact that during Ganaj’s three years in office, not a single high state official had been indicted – in spite of several public accusations against deputies Rakip Suli, Valentina Leskaj, and former deputy Koço Kokëdhima.

Earlier this week, Socialist Party (PS) deputy Erion Braçe had stated in an interview that the Prosecution was putting the ILDKPKI under pressure in order to obstruct the implementation of the judicial reform. He qualified the confiscation as an attempt of the judicial branch to gain control over its own wealth declarations, now that the vetting of prosecutors of judges is looming over the horizon.

Judicial reform in the background

The broad reform of the Albanian judicial system is a key element in the EU accession process, and the European Commission recently called it a conditio sine qua non for the opening of negotiations.

Nevertheless, ever since the new constitution was approved on July 22 with bipartisan support and under heavy international pressure, the implementation of the legal framework necessary to judicial reform has been slow.

The main point of contention is the project law “For the transitional reevaluation of the judges and prosecutors in the Republic of Albania,” also known as the “vetting law.” It is the first of a series of 48 project laws that need to be approved by the Parliament in order to establish the institutional framework to successfully implement the judicial reform.

The opposition, led by the Democratic Party (PD), had taken issue with the important role in the vetting process given to several institutions controlled by the executive branch, including the ILDKPKI and the Ministry of Interior Affairs. The PD requested that the vetting would only be conducted by the two new institutions foreseen by the constitution, the Independent Commission of Qualifications and the College of Appeals.

The PS refused to support the opposition’s amendments and the vetting law was passed with only majority votes on August 30. The PD has subsequently appealed the law at the Constitutional Court, which in its turn has asked the Venice Commission of the Council of Europe for an opinion.

A microcosm of mismanagement

The struggle between the Llalla’s Prosecution and Ganaj’s ILDKPKI provides a microcosm of the incestuous and often corrupt entanglement between the different branches of government that the judicial reform is supposed to “fix.”

Ganaj has started his career in the judicial branch as a prosecutor, first in Elbasan and later in Tirana.

In 2004 Ganaj continued his career at the High Inspectorate of the Declaration and Control of Wealth (ILDKP), the predecessor of the ILDKPKI.

In 2013, President Bujar Nishani proposed two candidates for the position of Chief Inspector, Ganaj and Zana Xhuka. On January 21, then majority party PD only proposed Xhuka for nomination, and she was subsequently nominated Chief Inspector. After the election victory of the PS in 2013, 34 employees of the ILDKP filed criminal charges against Xhuka for abuse of office. In response, Xhuka filed charges against Ganaj for physical and verbal violence.

In January 2014, a parliamentary commission established in November 2013 concluded that Xhuka’s nomination in 2013 had been unlawful, as she did have the right qualifications for the post. The commission equally found several instances of abuse of office and failure to exercise her office. The PS majority voted for her dismissal from office and elected the other candidate from 2013, Ganaj.

It now seems that after his internal struggle with Xhuka, Ganaj is facing another opponent, Chief Prosecutor Adriatik Llalla.

In 2008 Adriatik Llalla was elected General Inspector at the ILDKP, a post which he held for five years until December 2012, when he was nominated General Prosecutor by then majority party PD.

Once in office, he immediately rehired six prosecutors previously fired by his (PS-nominated) predecessor Ina Rama, who was known to be critical of former Prime Minister Sali Berisha. Recently, in May, Berisha declared that “Ina Rama […] did everything to sabotage [my] power.”

As may be clear, both Llalla and Ganaj both have been involved in questionable political maneuvers. Ganaj was appointed by the PS to get rid of Zana Xhuka, while the PD appointed Llalla as a partisan figure to replace to equally partisan Ina Rama. In both cases, their appointments were only supported by the majority party in parliament, in spite of the fact that ideally both the General Prosecutor and Chief Inspector are politically neutral figures.

Meanwhile, we await the opinion of the Venice Commission on the vetting law, which is expected to arrive next month.