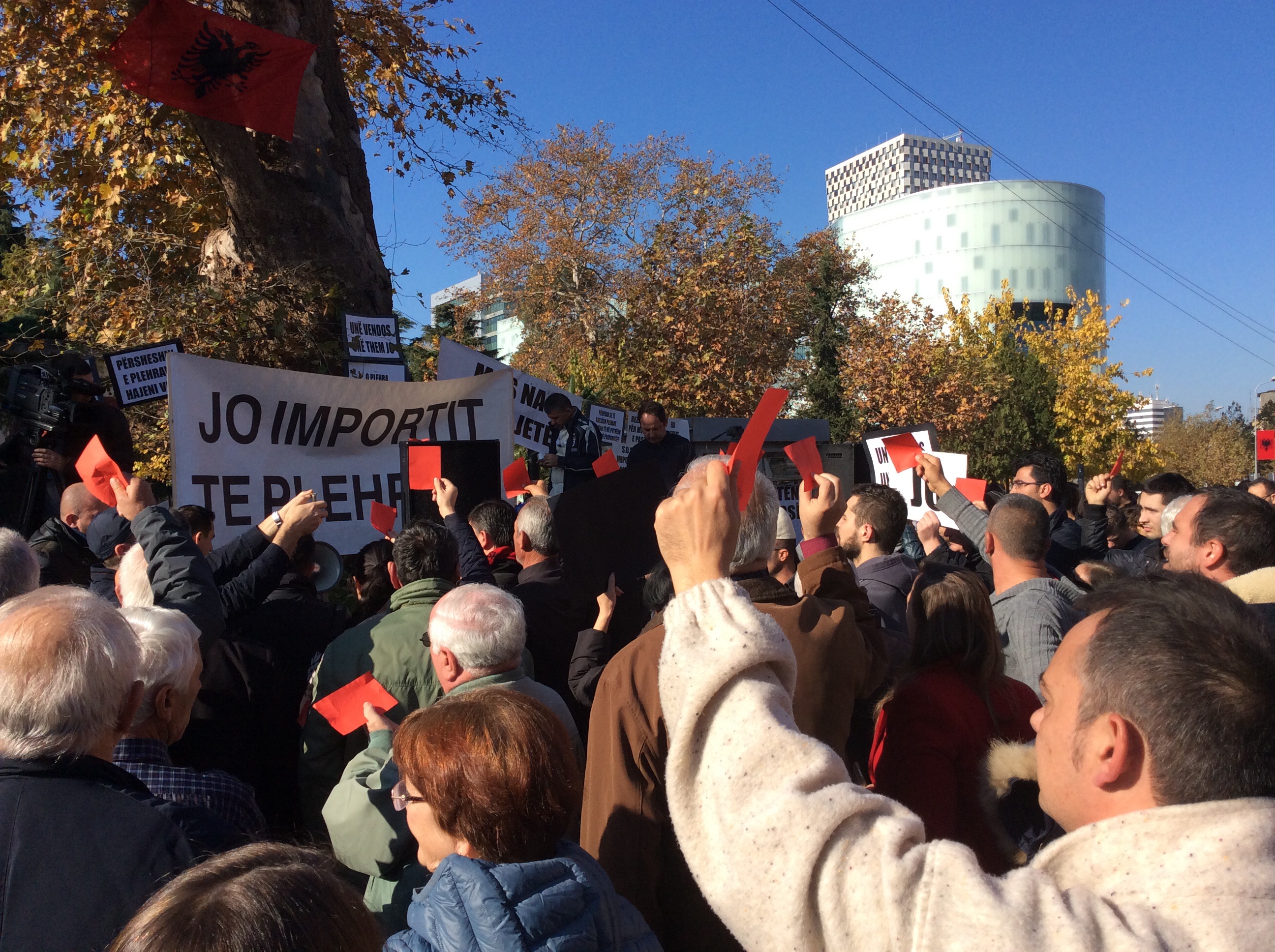 Update 10:59: From the agenda of the plenary session published on the website of the Albanian Parliament it appears that Speaker of Parliament and leader of the Socialist Movement for Integration (LSI) has decided not to include President Bujar Nishani’s Decree 9765 of October 14, which order the return of the waste management law to Parliament.

This is the second time that Meta has pushed the discussion into the future. The first time was after meeting representatives of AKIP on November 2.

Update 10:29: Several dozens of protestors have already gathered in front of Parliament to protest against the waste imports and other threats to the Albanian environment. Signs stating “No against waste imports,” “I decide, I say no,” and “Europe is with us, Europe is with Vjosa” are held up by the protestors. Red cards, another sign associated with the movement, have been distributed among the protesters.

A group of protesters from the Alliance against the Import of Waste (AKIP) has spent the night in front of Parliament, in expectation of the plenary session today that will address President Nishani’s decree to reevaluate the law on waste management.

AKIP and other environmental organizations have called upon Albanian citizens to protest against the law at 10 o’clock in front of Parliament.