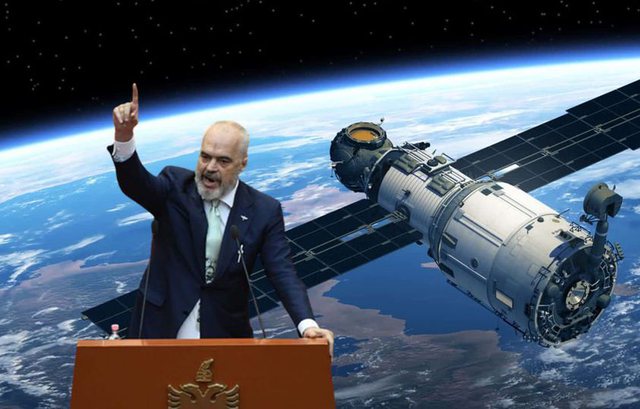 Satellites and drones will monitor what is happening in Albania, as well as helping to fight crime, according to an announcement on Tuesday from Prime Minister Edi Rama.

In an enthusiastic presentation to the State Police, where he also presented their 2022 budget allocation, Rama said that “it is time to end lawlessness.”

He continued that, “satellites will make it impossible, not just to survey entire plots [of cannabis] but to survey beyond 70 cm. Every day, in real-time, the police will have in front of their eyes, what is happening in the entire territory of Albania.”

According to Rama, drones will be available to the police to spot parcels being transported with drugs and to identify the people involved. He said the technologies would be used to seek out illegal constructions and to bring those responsible before justice.

In October, the government announced the launch of two satellites, Shqiperia 1 and Shqiperia 2 by June 2022. The aim is for them to provide additional security throughout the country, including for drug cultivation and at the border.

Currently, Albanian territory is terrestrially monitored for drug cultivation by the Italian Guardia di Finanza and its borders are guarded by the EU’s border guards, Frontex.

The government has not announced how much the drones and satellites will cost, or how they will be funded.

Albania has long been a source and transit country for drugs, mainly cannabis. While the amount of drugs seized has decreased in recent years, this is mainly due to Albanian criminals exporting operations abroad, into Europe.

“Albania in orbit, incredible, but real,” said Rama in a Facebook post showing off the new satellites.