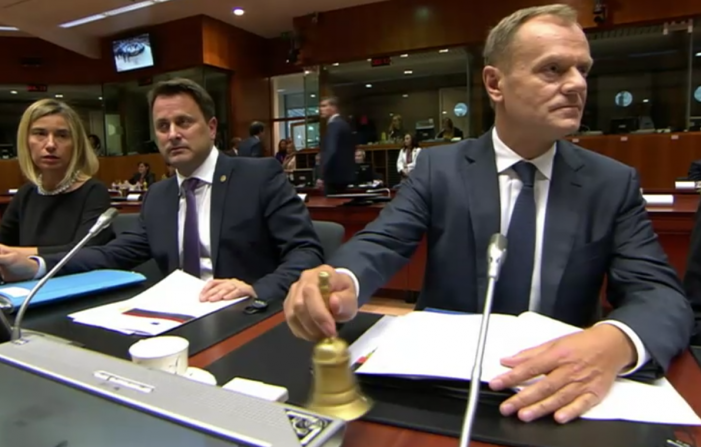 During the last decade, the European Union has undergone a series of crises, including the global financial crisis, the Eurozone crisis, the refugee crisis, and Brexit. These are accompanied by geopolitical instability mainly in the southern and eastern periphery Europe as well as with the policy failure of EU’s Ostpolitik after Russia’s invasion of Ukraine (Crimea). Above all, the EU is facing a continuous crisis in some of its member states.

Preoccupied with its own internal problems, the EU meanwhile has kept its expansion policy towards the Western Balkans on autopilot or has in the worst case misused it – for example in the case of closing off the corridor for refugees in the Western Balkans in order to protect the internal stability of EU.

As a result, 18 years after the start of the Stabilization and Association Agreement with the EU, the Western Balkan countries (except Croatia which managed to join in 2013) are still far from accession to the EU. At the same time, the Western Balkan democracies have been experiencing continuous setbacks for at least a decade, while some countries are still led or governed by semi-autocratic leaders, who have adopted a democratic rhetoric but keep using the non-democratic methods to stay in power.

The EU and Kosovo arranged the first meeting of the Stabilization and Association Council in November 2016. Nonetheless, Kosovo’s recent political deadlock had prevented taking future steps towards EU.

Despite some recent positive signals – especially the “Berlin Process” initiated in July 2016, the Meeting of the Western Balkan 6 (WB6), the Connectivity Agenda of the Western Balkans, the approval of the multiyear cooperation in the Regional Economic Area, the Vienna Summit in August 2015 – the political messages coming from Brussels bring us to the conclusion that the European integration of the region will not be a speedy one. This fact has for years negatively influenced the credibility of this process.

This is the reason why Jean-Claude Junker’s speech was important. He declared that the European Union must keep a credible expansion policy towards the Western Balkans. By noting that the European Commission intents to create a strategy for a successful EU accession of Serbia and Montenegro by late 2018, he stressed that these two primary competitors in the current enlargement round will have a positive prospect of accession by 2025.

Nevertheless, several dilemmas remain after Juncker’s speech and the letter that he sent to the President of the European Parliament and the Prime Minster of Estonia, about his intentions regarding the expansion of EU. Firstly, it remains rather unclear whether 2025 is to be understood as the absolute final deadline or the earliest possible accession date for the current frontrunners. Secondly, did he exclude the other Western Balkan countries who want to join the EU by exclusively mentioning Serbia and Montenegro?

Croatia needed six years to finish the official negotiations after they started in the year 2005, and two more years were necessary to finish the final stages before being accepted with full rights as a member state. With this rhythm, the citizens of other Western Balkan countries outside the EU will have to wait a lot more than 25 years from the start of the Stabilization and Association Agreement in 1999 and 35 years from the fall of communism to join the EU. And in the case of Bosnia Herzegovina and Kosovo, it is likely to take approximately 45 years. That is an entire life. Therefore, the sole fact that there is a deadline plays a motivating role for the included countries. The first credibility test of Juncker’s promise will be seen the next year when the EU negotiates its budget.

Juncker’s statement follows more the actual approach of EU’s expansion policy which favors individual accessions, rather than the idea of the WB6 block acceeding as a whole. Lessons have been learned from the “big bang” of 2004, but also from the visa liberalization process of the Western Balkan countries. This shows that to join the club, it is necessary to encourage cooperation between candidate states as well as to create a healthy competition in completing the necessary reforms, without leaving states behind.

In the whole region during the last decade there have been serious risks regarding the implementation of democracy and press freedom. Nonetheless, the EU has remained silent about these developments, as in the case of the wiretapping scandals in Macedonia, the rise of narco-trafficking in Albania and the inclusion of high officials, or the Savamala incident in Serbia. This creates the impression that the EU is ready to offer foreign support to regimes that are considerably lacking in democratic government for the sake of the false promise of stability. Turning a blind eye regarding democracy issues in exchange for stability, can be called a “stabilitocracy.”

All the Western Balkan countries should be required to create an “Action Plan” for the chapters 23 (judiciary and fundamental rights) and 24 (justice, freedom and security). This exercise will bring them as soon as possible towards the possibility of membership. This scenario would repeat the the success of the visa liberalization process as it would encourage aspiring states to increase the density of connections between EU and local elites in Western Balkans. It would also expand the transforming power of the EU with the acceptance of the states lagging behind. At the same time, by having in mind the economic inequality between EU and the Western Balkans it is necessary to increase the funds of Instrument of Pre-Accession (IPA).

Together with the beneficiaries, the European Parliament and the European Commission must draft a list of priority projects which have a large economic domino effect such as infrastructural projects (railroads, highways, and renewable energy), education, professionalization, innovation, tourism, agriculture, etc. From this financial perspective the panorama would strictly be limited by the successful performance of these countries in fulfilling the admission criteria established in the the chapters 23 and 24.

In any case, the IPA mechanisms must be redirected towards the strengthening of local expertise, capacities, technical organization, and the independence of credible regulatory agencies of the Western Balkan countries, as well as the actors of the civil society.