Cannabis Is Financing the Construction and Financial Sector 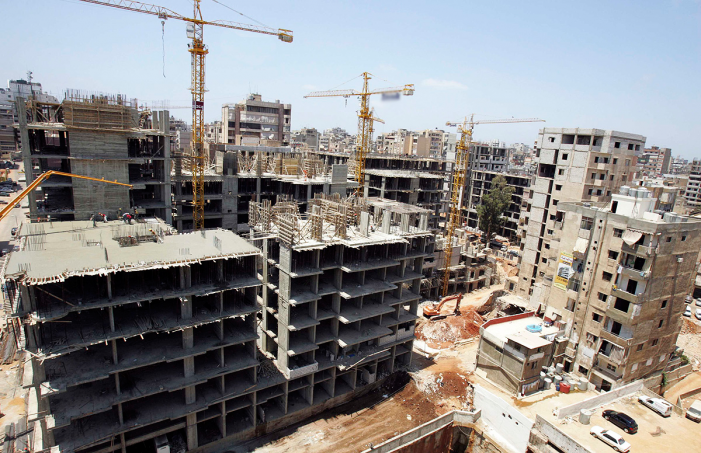 In order to receive a building permit a company in Tirana has to pay the infrastructure tax, equal to 8% of the total commercial value of building. The commercial value is shown in a table which determines, depending on its use and location set in relevance to the price of use and zone where the construction is to be built, the minimal price per square meter.

In Tirana, the market sales value of apartments with building permits in the first quarter of 2017 was 16 billion lekë. The taxes paid by different companies should therefore be 1.25 billion lekë, a little more than €10 million. This is confirmed by the statistics of the Ministry of Finance, which indicate a 1.3 billion lekë influx of revenue from the Municipality of Tirana thanks to infrastructure tax. More or less the same happened in the previous quarter.

According to the Bank of Albania, in the end of September 2016 the credit stock (the total of existing loans) for construction was 48.4 billion lekë. By the end of March 2017 it was 47.2 billion lekë, around €350 million — a decline of over 1.25 billion lekë or over €9 million over six months.

In the same period building permits were issued with an estimate value of over €200 million, with companies paying the municipal taxes approximately €20 million. Meanwhile the bank credit for the construction sector (released for companies, not the debts of apartment owners) instead of normal growth with at least €80-100 million, has declined with approximately 10 million.

It is widely recognized that the construction companies, especially the big ones, has inflated because of bank credits, and has during the past years produced the majority of the 100 billion lekë in bad loans in a total of 581 billion lekë in credit in the Albanian economy, which has plagued the Albanian banking system. It is also known that the Albanian construction companies are currently overfilled with loans, and a huge inventory of unsold apartments.

The situation in Tirana, just like other cities of Albania, shows visible signs of a real estate market unable to safely unlock the office buildings, located in the center empty and unoccupied for years, as well as commercial spaces in good locations, empty for  months on end, and yet…

And yet, with an insistence worthy of a great cause, the construction sector continues to ask for permits to build ever higher and more luxurious buildings, probably to be left empty. They still manage to find money to pay the taxes and other huge initial expenses, without going to banks for loans, and naturally without having the need of other sources in society which have unfortunately dried up, just like their properties.

While apparently a lot of money (concentrated in few hands) is circulating in foreign currency to the point that the lekë has appreciated in relation to the euro (by putting in crises the export industry, which is weak and with low margin profits). But that money cannot be used so easily, as it originates from drugs. But if you use them to pay taxes, until now, no one asks you anything.

And if you use the money to illegally pay the suppliers of construction sites, you redirect the problem to others. And if you clean it through the main suppliers they pass it on to their own suppliers. However many small torrents may end up making a river.

And if you think these launderers are all very sophisticated — they think that whoever has money in the pocket has won, and don’t ask many questions. By doing so everyone ends up getting deeper into the mess.

In Europe we have seen for years  a “creative finance,” while we witness here an ” ignorant finance,” with company balance sheets ever more surreal, signed by irresponsible accountants, with apartment blocks of millions in net worth built with very few documented expenses. This creates a large virtual profit, producing high taxes that will never be paid because it will be transferred bill by bill to peripheral companies with fugitive owners destined to fail.

A cyclone of fake documents and real debts together with real money and fake companies is sucking up hundreds of nameless companies. While a justice system unprepared and frightened, unable to seize even the assets of delinquents who have received a definitive sentence in Italy, will be forced to see the things they don’t know or ought not to understand, while the tax inspectors in this party are always payed in cash.

How long will this party continue?

The first approach can be summarized with the question, “How much money have drug traffickers to invest in Albania?” The answer depends on the performance of  international markets. From continuation of agricultural production and financial sources abroad, as well as from the logistic capacity to transfer the product and retransfer its revenues to Albania.

The second approach connects with the notion of sovereignty, with what the Albanian government aims to do and the tolerance of the international system toward this laundering phenomenon in (sovereign) Albania.

For some time now the world no longer accepts those small countries selling the opportunity for tax evasion and money laundering. In fact, a number of “suffocating” systems are created in order to expel from international monetary circulation (and as a result from commerce as well) the systems of those countries that do not adopt to international regulations in the area of taxation, exchange information, and money laundering, or of countries like Albania, which have adapted legislation, but do not implement it, or at least implement it very selectively.

In this case, the answer to the question is simple: the “party” will continue as long as the international system permits it, and based on a political evaluation the money laundering phenomenon in Albania doesn’t pose a threat to them as long as there isn’t sufficient leak from their security systems responsible for combating financial crime.

Experience tells us that the usual inability of Albanian governments to govern illegal phenomena by keeping them internal (demonstrated in the case of emigration and cannabis) will produce again a wave of irresponsibility that will inevitably raise international alarm: the warning lights in the world of finance are already turned on.