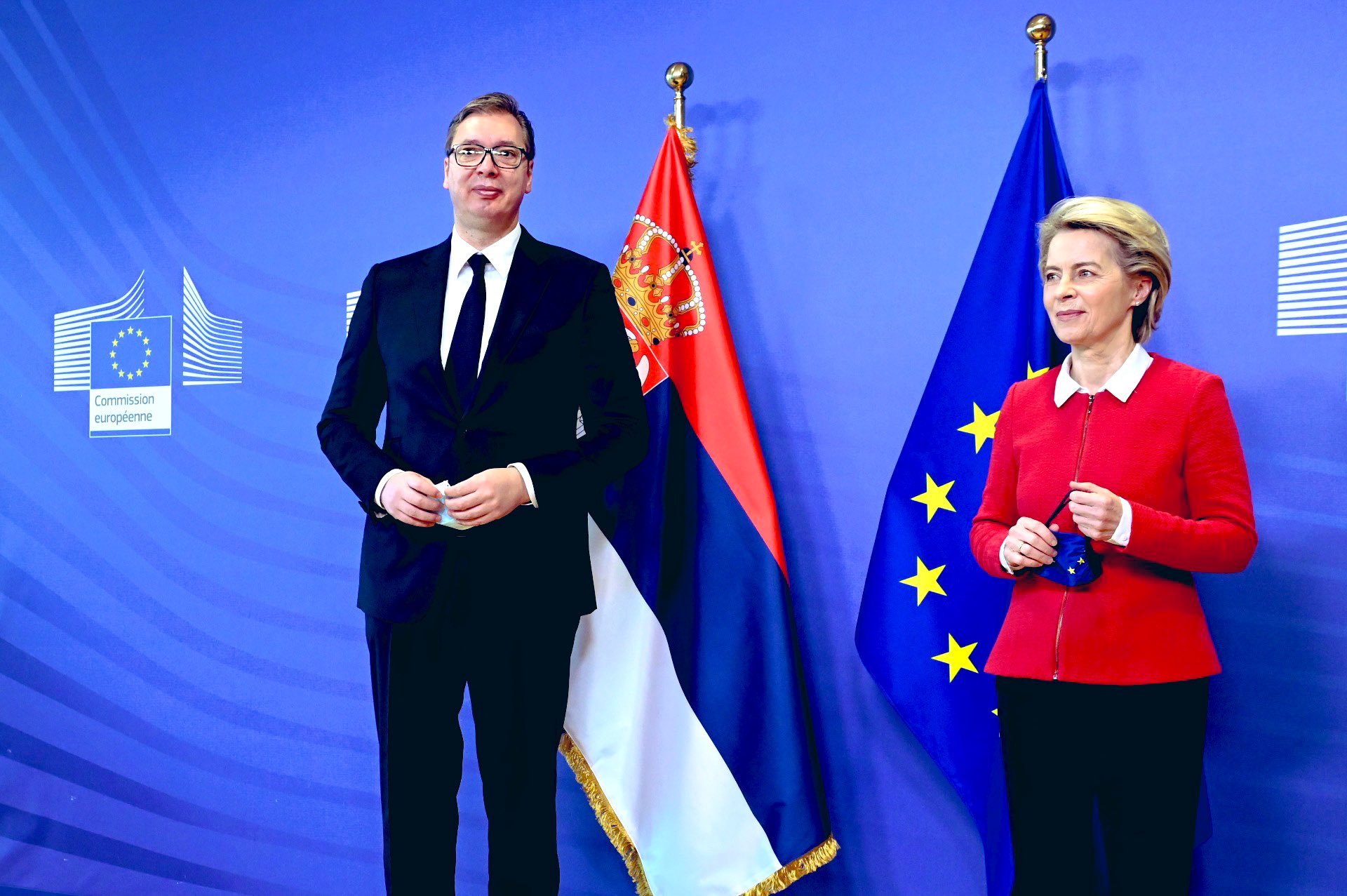 The President of Serbia, Aleksandar Vucic met with senior EU officials in Brussels on Monday to discuss the dialogue with Kosovo, among other topics.

Vucic started his two-day visit on Sunday evening with a meeting with the EU envoy on Pristina-Belgrade dialogue, Miroslav Lajcak.

“I met with the President of Serbia Aleksandar Vucic to discuss the Belgrade-Pristina Dialogue and the work ahead. Later this week, I will discuss the same issues with the Prime Minister of Kosovo Albin Kurti,” Lajcak wrote in Twitter.

Vucic expects an invitation in mid-May to continue the Belgrade-Pristina dialogue, Tanjug reported, adding that there were many problems, in particular in the energy sector.

He insisted on meeting the obligations from the Brussels Agreement, namely the establishment of the Association of Serb-majority Municipalities, and on freedom of movement and free flow of goods and services, as well as on what was agreed in Washington.

“We discussed fight against COVID-19, economic recovery, accession process where we need to continue to see positive developments in rule of law, Belgrade-Pristina dialogue and  Belgrade-North Macedonia railway which we are ready to support,” von der Leyen wrote in a Twitter post.

“Discussed acceleration of accession negotiations with Serbia, based on solid progress on EU reform agenda,” Várhelyi wrote in Twitter.

“Also spoke of Economic and Investment Plan implementation and the COVID-19 fight,” he added.

Serbian President will also meet the High Representative of the EU for Foreign Affairs and Security Policy, Josep Borrell.

These visits in Brussels were scheduled after the two leaders had meetings with German Foreign Minister Heiko Maas in their capitals.

The dialogue on normalization of relations between Kosovo and Serbia was one of the topics Maas discussed with both parties. Kosovo insists on a dialogue based on clear principles and for the process to end with mutual recognition. The new Kurti government says the dialogue is not their main priority, and that they are focused on dealing with the pandemic and securing vaccines.